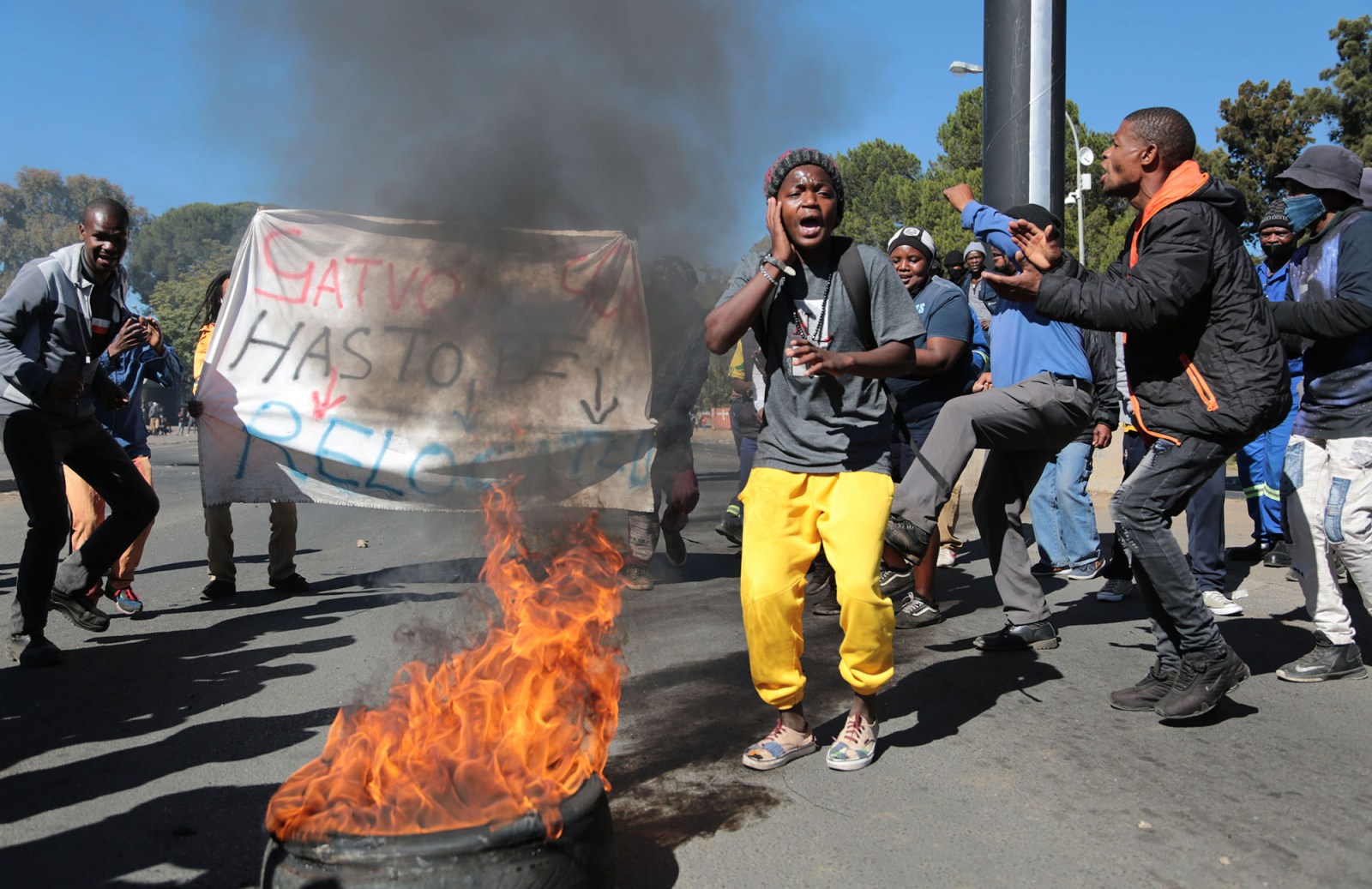 Mangaung community leaders say they have suspended protest action in the metro. Meanwhile, the family of a teenage boy is searching for answers after he was killed during the protests.

On Tuesday, 17 May, Jevano Liam Siegel (14) left his mother’s house with his friends and joined many other Mangaung residents in a protest action for better service delivery in Heidedal and a nearby informal settlement, Gatvol.

“This child did not understand what was happening,” said Krissi Mokgadi, Jevano’s aunt.

“A group of friends came over to fetch him; the next thing I received a phone call from his cousin saying that Jevano had been shot.”

“We don’t know what happened, but all we know is that he was shot. We want answers to explain how our child was killed. But we don’t know where we will get them.”

Jevano died on the scene after a security guard at a warehouse that was barricaded by protesting residents allegedly fired a “warning shot” to scare off the crowd.

The bullet entered Jevano’s upper abdomen and his family found his body lying on the street.

“His body lay there for almost an hour before we managed to get there. His intestines were exposed,” Mokgadi said.

The family of the young boy described him as a sports fanatic, exceptional swimmer and a handy child who fixed bicycles to earn pocket money.

Residents who witnessed the teenager’s death told Daily Maverick a group of boys attempted to carry him to emergency services after he was wounded, but police fired rubber bullets at them and they fled.

A 57-year-old security guard was arrested in connection with Jevano’s death and is expected to appear in the Bloemfontein Magistrates’ Court on Wednesday.

The city-wide protests began on Monday and were organised by the Mangaung Community Concern over a lack of service delivery, housing, business, and job opportunities in the metropolitan area.

Economic activity in the metro was halted for two days. Businesses, government buildings and schools were deserted on Monday and Tuesday after major roads were barricaded and closed to prevent residents from travelling to the city for work and other purposes.

By Tuesday morning, about 15 areas were part of the protest action, said Kabelo Selogile, a committee member of the Mangaung Community Concern.

Bloemfontein was quiet, with businesses such as hotels running with little to no staff.

“Not even pigs would choose to live in this place we call home,” said Pakiso Manamathela.

Manamathela lives in Gatvol, an informal settlement in Heidedal, Bloemfontein. The informal dwellings are next to an open sewer line and on some days the stench from the sewage is so offensive that residents can’t eat, sleep or even drink water.

Nthabeleng Mokoallo has lived in Gatvol for four years after moving to Bloemfontein for work. “My children visited me once and vowed to never come back to this place because of how undignified it looks.”

When Mokoallo started working in Bloemfontein she rented a backroom which cost her R1,500 a month.

“That’s half of the money I make monthly. There are still transport costs, I need to eat, send money home and clothe myself. It became impossible for me to survive.”

Manamethela said the Mangaung local municipality had promised in 2017 to relocate the residents of the settlement to nearby government housing. He and other community members alleged that the houses reputedly for them are now being sold to people who can afford to buy.

In Heidedal raw sewage could be seen flowing inside and next to people’s yards. There were piles of uncollected rubbish on almost every pavement and street corner.

With Mangaung under administration since 2019, service delivery in the town has been dwindling since the days of the leadership of the former Free State premier Ace Magashule.

On Monday evening residents who were allegedly not part of the protest action looted foreign-owned shops.

“Since the beginning of shutdown disruptive actions, about 19 people were arrested for public violence and the looting which took place at these shops and more arrests are expected. These suspects are expected to appear in court tomorrow, 19 May,”he said.

Residents were arrested when the police pounced on them while they were looting the store.

Amelia Mokheseng-Abunte, the wife of the store-owner, was in tears as she watched fellow residents loot the family business.

“As from yesterday, the community saw an opportunity to loot after the protests. The people who broke into the store are the same people who stay with us.”

A family member, David Buta, who was called in to help, was injured, his car was stoned and its battery stolen, and he was robbed of his two cellphones and R40,000 in cash.

By Tuesday evening, conflicting messages were circulating about whether the shutdown would continue, despite Daily Maverick having received confirmation from the Mangaung Community Concern members that protest actions were suspended. DM