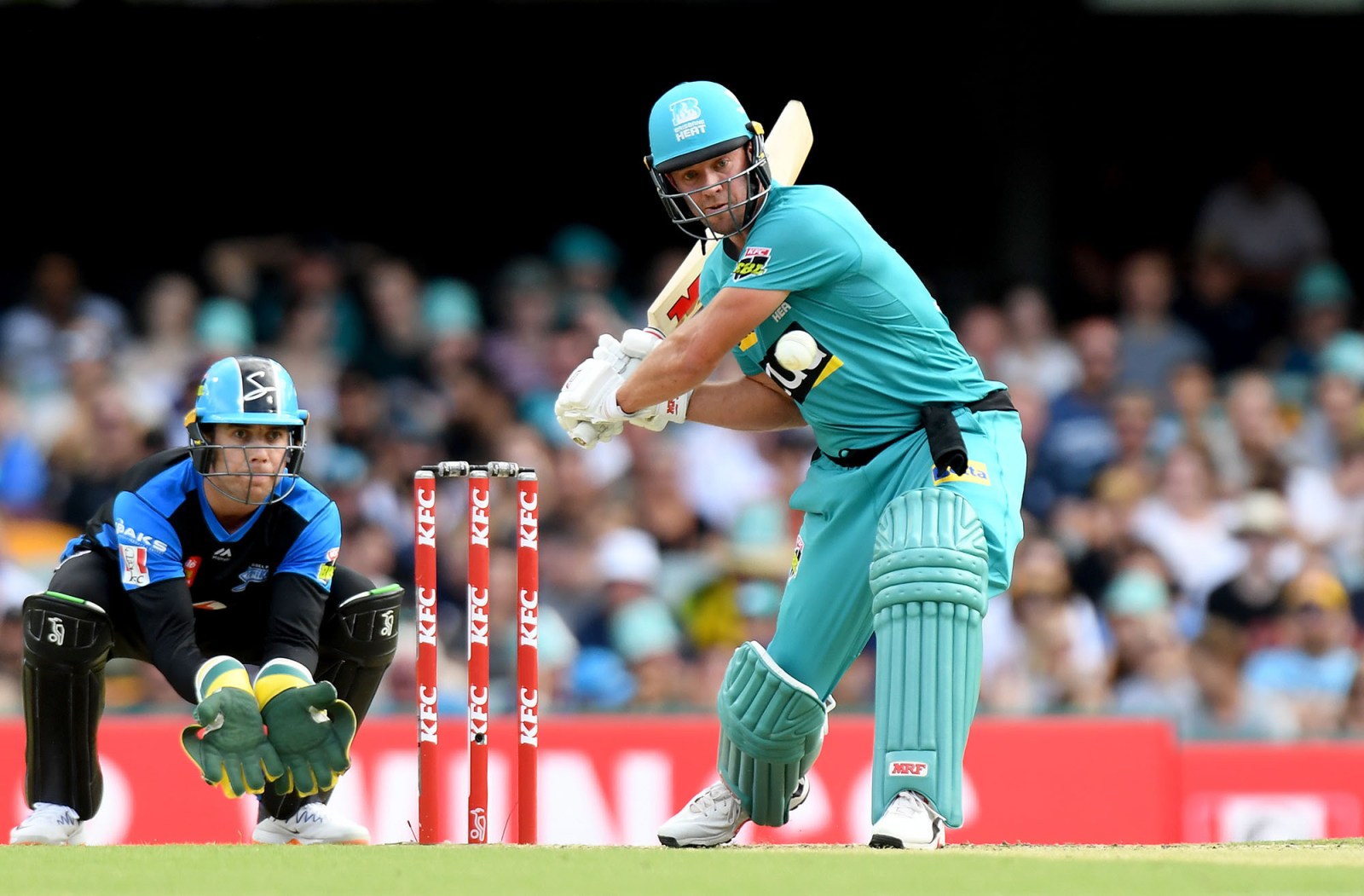 AB de Villiers of the Heat hits the ball to the boundary for a four during the Big Bash League match between the Brisbane Heat and the Adelaide Strikers at the Gabba on January 14 2020 in Brisbane, Australia. (Photo by Bradley Kanaris/Getty Images)

In the recent Indian Premier League, 38-year-old De Villiers was in sparkling form before it was suspended, raising the possibility of one final fling with the Proteas at the T20I World Cup in 2021.

Cricket South Africa (CSA) ended speculation over AB de Villiers’s inclusion in the team for the T20I World Cup, scheduled for India later in 2021, with one curt sentence this week.

“Discussions with AB de Villiers have concluded with the batsman deciding once and for all that his retirement will remain final,” it said in a media release.

CSA had just named their Test and white ball squads for tours to the West Indies and Ireland, and sensibly nipped any more De Villiers speculation in the bud.

There it is then. The greatest batting talent in several generations will not make a heroic return from the wilderness to help his country finally claim an elusive World Cup title. Despite his recent form, it was always a long shot that he would make a comeback.

The Proteas hierarchy, including coach Mark Boucher, convenor of selectors Victor Mpitsang and director of cricket Graeme Smith all spoke to De Villiers, but none tried to force his hand.

In truth, speculation about De Villiers’s possible return grew from his performances in the IPL rather than the great man’s personal desire to return.

It quickly became apparent from conversations that despite his form and obvious ability that would have made it easy to pick him, De Villiers was hesitant to come back after retiring from international cricket nearly three years ago.

And it’s easy to understand why. Recent leadership issues at CSA have polarised the sport and if, as a 38-year-old, De Villiers was chosen for the Proteas and somehow failed to deliver, he would be an easy target for critics. It just wasn’t worth it for his legacy and, vitally, his mental state.

De Villiers makes a fortune in the IPL, so a return would never have been about money. He played his peak years for the Proteas and was captain at the 2015 One-Day International (ODI) World Cup where South Africa suffered a heartbreaking semifinal loss to New Zealand.

He has never fully recovered from that four-wicket defeat where New Zealand scored the winning runs off the last ball of the match. The Proteas dropped two crucial catches and missed three run-out chances. The mental anguish he endured afterwards has left scars. To go through that again, especially if he was parachuted into the current ailing Proteas squad as some sort of saviour, would have been unfair.

“That (2015 semifinal loss) really wore me down, but I kept playing, I tried to bite the bullet, I tried to be there. I was batting really well. I still have incredible friendships and memories,” De Villiers said during a Cricbuzz in Conversation show in mid-2020, hosted by renowned Indian commentator Harsha Bhogle.

“From a personal point of view, yeah it (losing the 2015 semifinal) played a huge role (in retirement),” De Villiers told Bhogle. “We got beaten by sport on the night and it was actually a beautiful thing but it was difficult for me to get through that year and to specifically meet up with the team again a few months later, having to go again.

“Here we go again, we have to restart, but I am like, hold on, I am not over this World Cup. It hurt too much. So yes, I am sensitive and those kinds of things play a huge role in how I feel and my ambitions.

“The next 12 months were really tough for me. Maybe I should’ve been more honest about it when I look back and communicated about it. I felt like I was a little bit alone at the time, but it’s silly to say that you’re alone if you don’t seek help, if you don’t talk about it.”

So, the Proteas will have to move on and they also appear to be doing it without another former skipper in Faf du Plessis, who was omitted from the touring party.

Du Plessis also stepped away from Test cricket earlier in 2021, but made it clear that he was available for T20I selection if the Proteas wanted him.

“The next two years are International Cricket Council (ICC) T20 World Cup years. Because of this, my focus is shifting to this format and I want to play as much of it as possible around the world so that I can be the best player I can possibly be,” Du Plessis said earlier in 2021.

“I strongly believe that I have a lot to offer to the Proteas in this format. This does not mean that ODI cricket is no longer in the plans, I’m just making T20 cricket the priority in the short term.”

It’s a tricky situation for the selectors. The team is struggling and inexperienced and someone of Du Plessis’s pedigree would be an asset. But to rebuild a squad and become a competitive force in the game – especially white ball cricket – South Africa needs players who are 100% committed to the team.

At the moment Du Plessis wants to pursue a career as a freelance white ball player, making excellent money in T20 leagues across the globe, but also wants the door to remain ajar for T20I World Cup inclusion later in 2021. The selectors have clearly decided to blood new talent in the coming months and rather keep Du Plessis as a backstop if they really find no solutions between now and the T20I World Cup.

KwaZulu-Natal Coastal off-spinner Prenelan Subrayen has been included in the 19-man Test squad after a strong domestic four-day campaign. Subrayen claimed 19 wickets in four matches at an average of 18.89.

Subrayen is one of four spinners in the squad for the Caribbean where left-hand opening batsman Dean Elgar will lead the team for the first time since being officially made Test captain earlier in 2021.

Keshav Maharaj, Tabraiz Shamsi and George Linde are the other frontline spinners in the squad for the Proteas’ first bilateral tour to the Caribbean in 11 years.

New additions from South Africa’s inbound limited-overs tour against Pakistan – Sisanda Magala and Lizaad Williams – have been retained in the national side for both limited-overs outings against the Windies and the Irish.

“This is a massive outing for the Proteas. We have a fully fit team with an exciting balance of youth and experience,” CSA convenor of selectors Mpitsang said.

“The selection panel is confident that it has put together an exciting and excited, young group of cricketers that will be well led by Dean (Elgar) and Temba (Bavuma).

“The Caribbean is well known for its low and slow wickets and we have ensured that we have chosen the personnel needed for every eventuality on this very important excursion.

“While there aren’t any (ICC World Test Championship) points to play for, it is still of vital importance for South Africa to produce winning results through a steadily growing and high-performing cricket pipeline.

“The historic tour to Ireland is crucial for points towards our qualification for the 2023 Cricket World Cup and preparation for the T20I World Cup later this year. This is the start of our road to these trophies and every tour will see us field our absolute best sides.

“The team has been in a rebuilding phase for a while now but we are satisfied that the return on investment is going to show itself sooner rather than later.

“We have to trust the process that has been put in place and support our team while they find themselves and their way. These are truly exciting times in South African cricket, with an exciting new leadership group that is determined to return the team to its winning ways.”