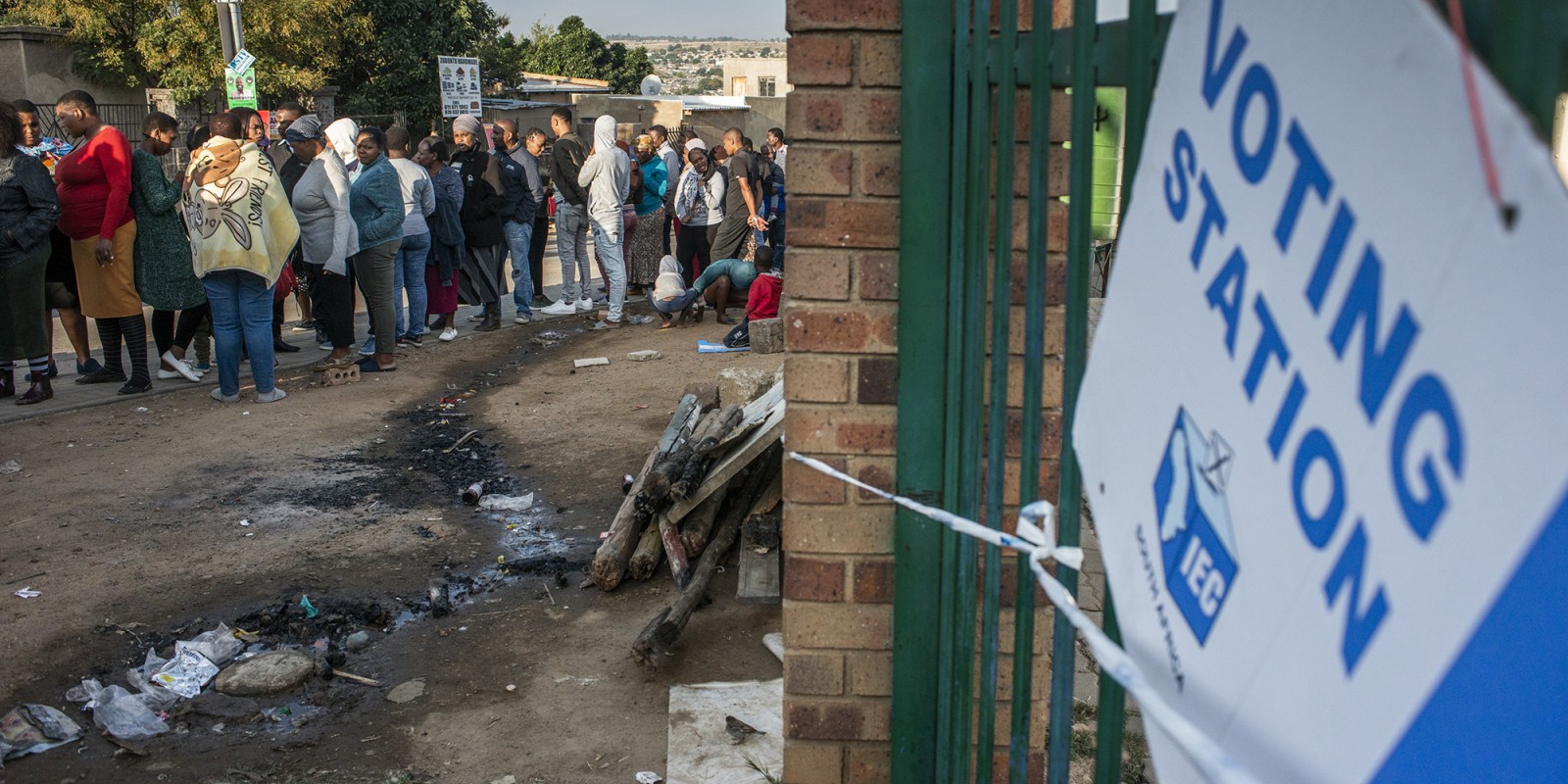 The ANC won all eight of these wards by a landslide margin in 2016. They will expect to do the same this time round.

There is one by-election in the largest metro in the Eastern Cape. Nelson Mandela Bay is one of two Eastern Cape municipalities where the ANC finds itself in the opposition.

Ward 17 was represented by popular ANC leader and acting ANC Chief Whip Ncediso Captain. Captain died of Covid-19 related complications.  The ward is north of the Gqeberha (formerly Port Elizabeth) city centre. The ANC will hope to breach the 80% mark in this by-election, while the EFF will want to continue to make inroads in the metro. When one considers the 2019 results in the voting districts which make up Ward 17, it is clear that the ANC and the EFF had slight growth at the expense of the DA and smaller parties like the United Democratic Movement (UDM) and the African Independent Congress (AIC). The ANC received 81% of the vote and the EFF obtained 11% of the vote, with the DA falling to 3%.

The ANC and the EFF are the only parties on the ballot here.

The Amathole district includes towns such as Peddie, Dutywa and Alice. Its seat of power is in Butterworth. There are two by-elections taking place in this district.

Mnquma’s principal town is Butterworth. Ward 28 is a rural, inland ward northwest of Kei Mouth. The reason for the by-election is that the former councillor passed away.

The ANC will aim to get above 90% in this by-election. Mnquma used to be a good reservoir of support for the UDM. The party is still the official opposition here with 5/62 seats. There is however, a wide gulf between it and the ANC. The ANC controls 48/62 seats. The EFF did not contest the ward ballot here in 2016. It received 1% of the vote on the proportional representation (PR) ballot.

The ANC and the EFF are the two parties contesting here.

Amahlathi includes towns such as Stutterheim, Keiskammahoek and Cathcart. It has been the centre of many service delivery protests over the past few years.

Ward 11 is south of Keiskammahoek, next to the R352 regional road. The ANC will hope to get nine out of every 10 votes in this by-election. The EFF will want to channel the communal anger at the lack of service delivery protests. They are the only two parties taking part in this race.

The reason for the by-election is that the former councillor passed away.

There is one by-election in this district. The seat of power in Chris Hani is Komani (formerly known as Queenstown). Other towns in the district include Cradock, Ngcobo and Cala.

Intsika Yethu’s principal town is Cofimvaba. The ANC won 35 out of 42 seats here in 2016. The EFF are the official opposition here with three seats. Ward 17 is north and northeast of Tsomo, above the R61 regional road. It is a rural ward.

The OR Tambo district includes towns such as Mthatha, Libode and Qumbu.  It is one of two districts, the other being Amathole, where the UDM finished ahead of the DA and the EFF in the 2016 elections.

There are three by-elections taking place in this district.

This is an inland, rural ward which is southwest of Port St Johns, below the R61 regional road. The reason for the by-election here is because the previous councillor passed away.

The ANC are expected to canter home in this race, with the EFF and UDM battling it out for second place.

Ward 9 is west of Port St Johns. It is rural, inland and sparsely populated. This ward would have been a good indicator of whether the CI would remain a factor in Port St Johns politics after the 2021 local government elections. They have however decided not to take part in the by-election.

The reason for this by-election is due to resignation. The ANC, UDM and EFF are the three parties on the ballot.

King Sabata Dalindyebo is the largest municipality in OR Tambo. The ANC won 46 out of 72 seats here in 2016. The UDM is the official opposition with 16 seats. Its seat of power is Mthatha.

This ward is west of Mthatha. It is north of the regional R61 road. It is a rural part of the municipality.

The reason for the by-election is resignation. This is the most crowded field in this round of Eastern Cape by-elections with the ANC having to fend off the UDM, EFF and African Transformation Movement (ATM).

Alfred Nzo borders Lesotho and KwaZulu-Natal. Its seat of power is in EmaXesibeni (formerly known as Mount Ayliff). It also includes towns like Bizana and Tabankulu.

The ANC won 38 out of 51 seats in Matatiele in 2016. The AIC used to be the official opposition here, and while the party might have landed up installing a temporary mayor in Nelson Mandela Bay and aiding the ANC to form coalitions in Ekurhuleni and Metsimaholo (Sasolburg), it curiously lost ground in its hometown of Matatiele. The DA became the official opposition in the town with their 5 seats, one more than the AIC’s 4 seats.

Ward 11 is north of Matatiele. It is a rural seat, which is close to the Lesotho border.

The by-election is taking place because the previous councillor passed away. The ANC are heavily favoured here. The EFF and an independent candidate Mojaki Moholi complete the field. DM