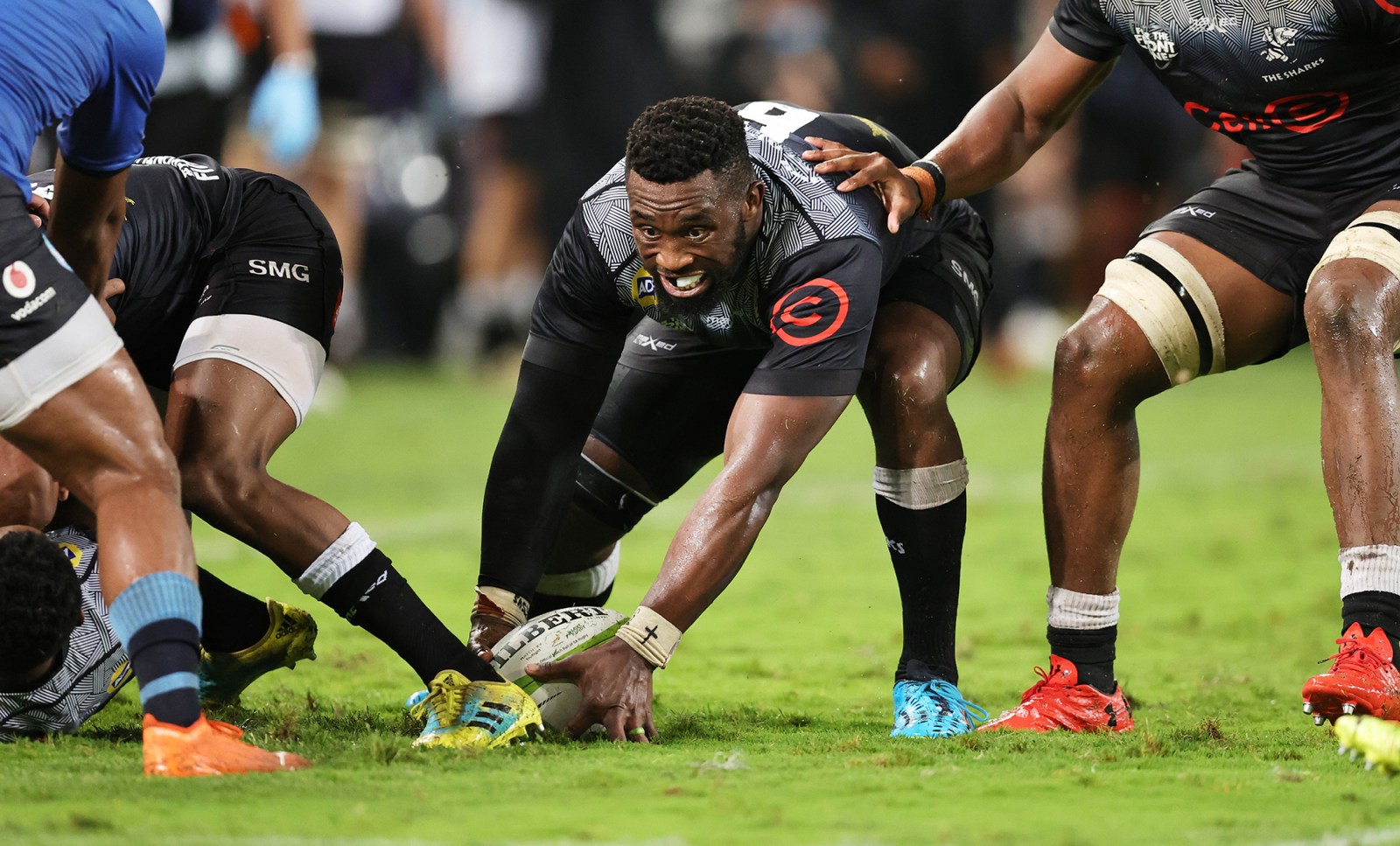 Springbok skipper Kolisi has moved on from being ‘just’ a rugby player to becoming a social justice campaigner and his sights are now set on tackling gender bias.

It’s a sunny Durban day as Springbok skipper Siya Kolisi sits back in his chair, looking fit and strong as he ponders the future at a beachfront restaurant. He is the picture of health and contentment as his life moves into a new phase.

Kolisi is a busy man, yet he’s finding time to take up the fight for gender equality.

“I was raised by women,” Kolisi tells DM168. “I was brought up by my grandmother and my aunt and obviously my mother gave birth to me. There is nothing I can do for any of them as they are not around anymore, but there is a lot I can do for women. I have to show my gratitude to the women in my life by striving for equality for all South Africans. It can’t be achieved without gender equality.”

The British & Irish Lions are coming to South Africa for their once-in-a-generation tour. It’s the big one outside of World Cups and every rugby player wants a shot at being part of it. Kolisi is one of the lucky ones whose peak career just happens to coincide with the Lions’ 12-yearly visit.

It’s unthinkable that he won’t be in the equation.

While his social justice interests are inextricably linked to his persona now, he is also aware that the Lions series is looming. Equally though, Kolisi is not focusing too much energy on the tourists because he knows he needs to put in some good performances for the Sharks in the Rainbow Cup SA to earn his Bok place.

“Honestly, I’ve been working on my own game this year and not paying a lot of attention to the Lions,” Kolisi says. “If I’m brutally honest, before the first two games of the Rainbow Cup SA, the last good match I had was the World Cup final. I didn’t perform to the best of my ability so to be thinking about the Lions is crazy in a way. I want to be there and I have been selfish in getting myself back to my best, which will make me an asset for the team.”

Happy new life at the Sharks

Although wife Rachel and his two children and two younger siblings have remained in Cape Town, Kolisi is happy playing for the Sharks after an acrimonious move following 11 years at Western Province. The transfer to Durban was set against the backdrop of a difficult equity buyout negotiation between the union and American investors. Kolisi was, naturally, a strong voice for the players who wanted the WP to make a deal with American consortium MVM Holdings.

The talks eventually fell flat and MVM found a willing partner at the Sharks. Kolisi’s management company, Roc Nation, is a member of the consortium, and it was inevitable he would move to Durban as their star South African client.

But it was time too. Kolisi had outgrown WP and Cape Town. The vision at that union is all about sound bites, but very little tangible action. The Sharks are forward thinking. They are by far the most transformed team in the country and, along with the Bulls, the best. Their vision of making Durban a place where every player can be comfortable in their own skin is a perfect fit for Kolisi.

Pedestal to fight for equality

He admits his rugby was poor in 2020 in tough lockdown conditions and under difficult circumstances brought on by the boardroom drama. But he also found that his massively enhanced fame as World Cup-winning captain of the Springboks and the first black man to hold the Webb Ellis Cup aloft took a toll on his rugby.

Everyone wanted a piece of him. That hasn’t changed but he has found a way of managing his time, and most importantly, his rugby career.

If Kolisi was metaphorically clearing his throat as Bok skipper in 2018 and 2019, he has found his voice now. The dip in form was a small price to pay as he discovered that his position gave him a privileged pedestal to help others. He has done that through his foundation, feeding, housing, educating and clothing some of the most destitute in society. That work is ongoing, and the Bok skipper is now standing up for gender equality in sport.

Bok women’s player Zinhle Ndawonde was part of a gathering to mark the relaunch of sportswear manufacturer Adidas’ “Impossible is Nothing” campaign.

The difference is Ndawonde had to take a half day off work from her job as a firefighter at Durban’s King Shaka International airport to attend.

“I’ve been big on pushing women in sport. Gender equality is so important and it’s not the woman’s job to do it. We as men need to start speaking about it,” Kolisi told DM168.

“I’ve asked Adidas to start pushing women in sport more. People know who I am because they see me every day.

“But there is stuff that Zinhle is doing that is amazing. She is a firefighter and lifesaver. She goes through her day knowing she does all these things, but doesn’t get recognition for it. Not that she’s looking for recognition, but people should know her story just like they know mine and people, especially men, should show interest.

“What about Laura Wolfvaardt. She just became the fastest South African cricketer to reach 2,000 [One-Day International] runs and it went almost unnoticed. It should have been major headlines with everyone screaming about it.

“What do female sportspeople have to do? They work the same number of hours as me and my male counterparts. They should be getting paid like we are.

“We, as men, have to start pushing for women’s recognition because we have the platform. And I can tell you, it’s a great feeling when you use your platform to help someone else.”

A short film about Kolisi’s journey from township to top of the world is one of 20 the sportswear manufacturer has commissioned across the sport, entertainment, fashion and environmental industries. The Kolisi film is narrated by Cape Town musician and poet Dee Koala, fittingly putting a successful woman at the centre of his narrative.

Kolisi is driving gender equality in his personal capacity and deflected the notion that the men’s Springbok team could be a powerful vehicle for change. SA Rugby, as an organisation, has mostly shied away from alignment with one social cause over another, or one political stance above the next. And mostly for good reason. Picking sides is a sure way to attract criticism, regardless of which side you choose.

Kolisi, though, sees this as a personal journey. “This is a human movement,” he says. “As a human, you want equal rights for the person next to you. I haven’t really thought about using the team, but I know that, on my platform, I will help as many people as I can. If opportunities to help arise in other spaces I’m involved with, I would welcome that.”

Whatever happens on the field between now and August when the Lions series is over is anyone’s guess. But one thing is certain – Siya Kolisi won’t stop tackling gender inequality and other social ills. DM168