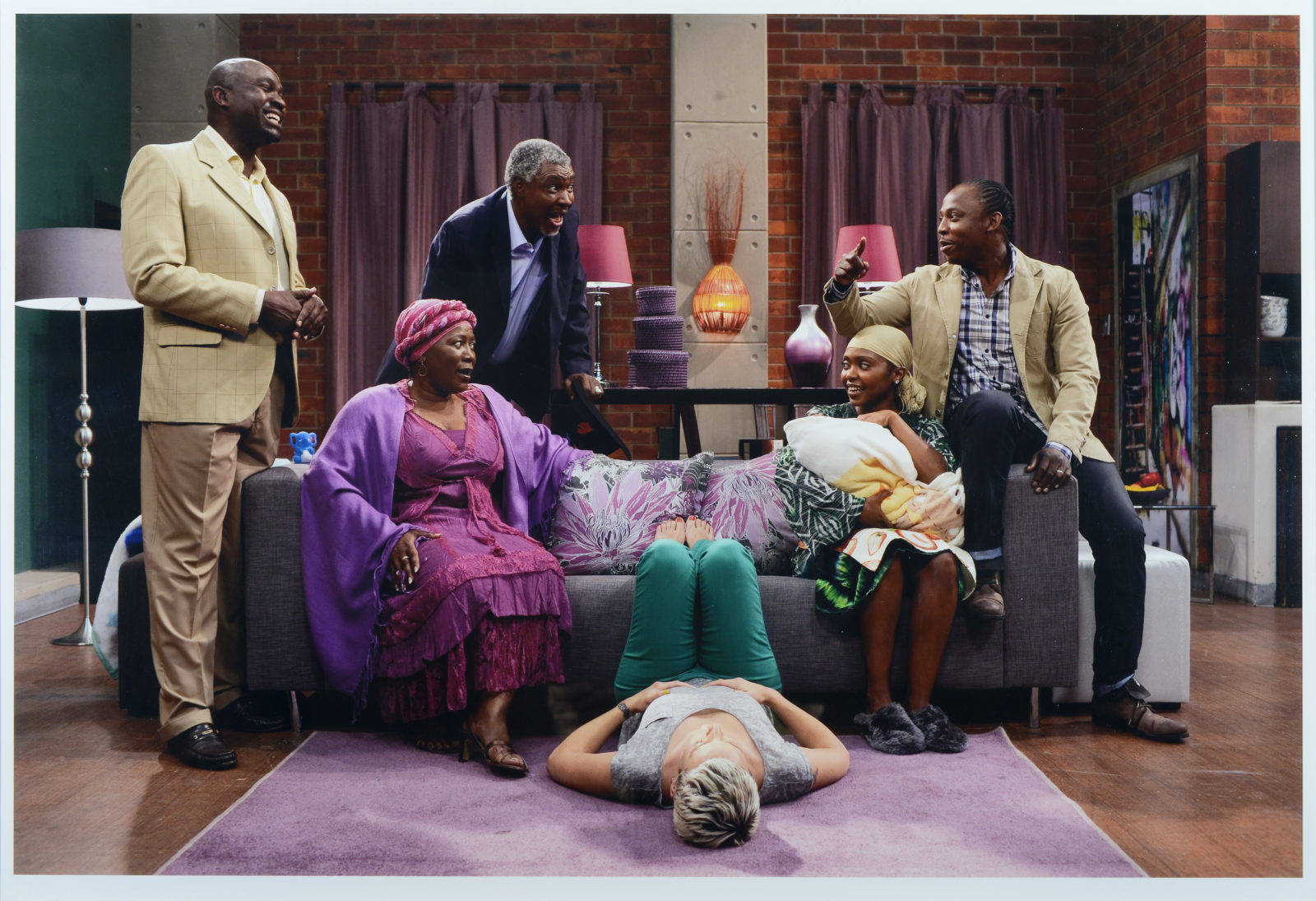 A retrospective of photographic works at the Standard Bank Gallery offers a snapshot in time.

An exhibition at the Standard Bank Art Gallery in Johannesburg, Photographs in Our Mother Tongue, curated by Same Mdluli, showcases the works of more than two dozen prominent South African photographers from the bank’s corporate collection.

The exhibition asks if an image truly does speak 1,000 words or if the same linguistic barriers that divide so many, exist in an image as well. These questions are by no means simple to answer – the exhibition title perhaps provides a lens through which to address them.

The focus is on selected images produced during South Africa’s political transitional period from 2003 to 2017, forcing us to interpret the early years of our democracy. It raises the question, through the title, of whether these are shaped by and understood within the communities we belong to.

This was a time when the country’s citizens were wrestling with a new democratic identity. Works such as Candice Breitz’s Extra #5 and Jane Alexander’s Adventure Centre 2000 no.5 evoke white vulnerability, displacement and alienation.

The photographs fall into two distinct sections – those where people are the focus, and photographs where the environment is scrutinised. Within the group of artists who make use of people as their main subjects there are further sub-categories. Images from artists such as Mary Sibande, Hasan and Husain Essop, Candice Breitz and Kathryn Smith, see the artist inhabiting the mode of self-portraiture; their images present a deeper incarnation of the self, separated from that of selfie culture – these are serious representations and depictions of South African life.

In the works of Nontsikelelo Veleko, Pieter Hugo and Kudzanai Chiurai their subjects stare out at the viewer shrouded in personified airs of confidence or insecurity, or at times a combination of the two.

In all examples of these works, language and the sociopolitical capital it carries can be interpreted as possible reasons for the variations of perceived confidence. The power constructs of colonialism which we as South Africans were subjected to resulted in a sensitivity of being lesser-than for either speaking the language of the past oppressor (Afrikaans), or that of perceived intelligence (English).

The younger generation appears to be more secure in their identities. Veleko’s Lesego, Miriam Makeba Street, Newtown, Johannesburg, Gauteng image is an illustration of this shift in self-perception. It is the antithesis of all the aforementioned works, in that her subject is unapologetic of her existence; she takes full ownership of the space she inhabits as she stands rooted in the cityscape. She is not a part of many or in motion, but there to be boldly seen.

In contrast to these confrontational gazes are subjects viewed from behind, above or below, obscured by masks, blurred, silhouetted and distorted as in the works of Sabelo Mlangeni, Berni Searle, Jane Alexander, Minette Vári and Pierre Crocquet. In such instances the subjects and scenarios they are rooted in are ambiguous. This ambiguity lessens the effects of language as the power dynamics often related to language are nullified.

In the photographs where the environments take the fore, the viewer is often seductively enticed into unpopulated landscapes pregnant with allusions to human existence. Images by David Goldblatt, Guy Tillim, Natasha Christopher, Bob Choops, Daniel Naude, Obie Oberholzer and Georgia Papageorge are examples of this approach.

The works at this exhibition invite viewers to re-see rather than merely look – particularly given most of these works are already well known to South Africans. The title of the exhibition provokes us to engage with each photograph and bring a part of ourselves to each of the visual conversations on display.

It was interesting to reflect more into the period of the images’ creation and what that era bestows on our readings of the work. It’s clear that while these photographs may not entirely encompass the task the exhibition’s title sets out to achieve, this is the beginning of a much-needed conversation – one which notably would require the inclusion of younger voices which illustrate the progression of this nation beyond that of the early freedom years. The results of which would truly find these photographs speaking to my heart more so than just to my head. DM/ML

African Art Features Agency funded by the National Arts Council of South Africa.
Photographs in Our Mother Tongue is a virtual exhibition, which can be viewed here.