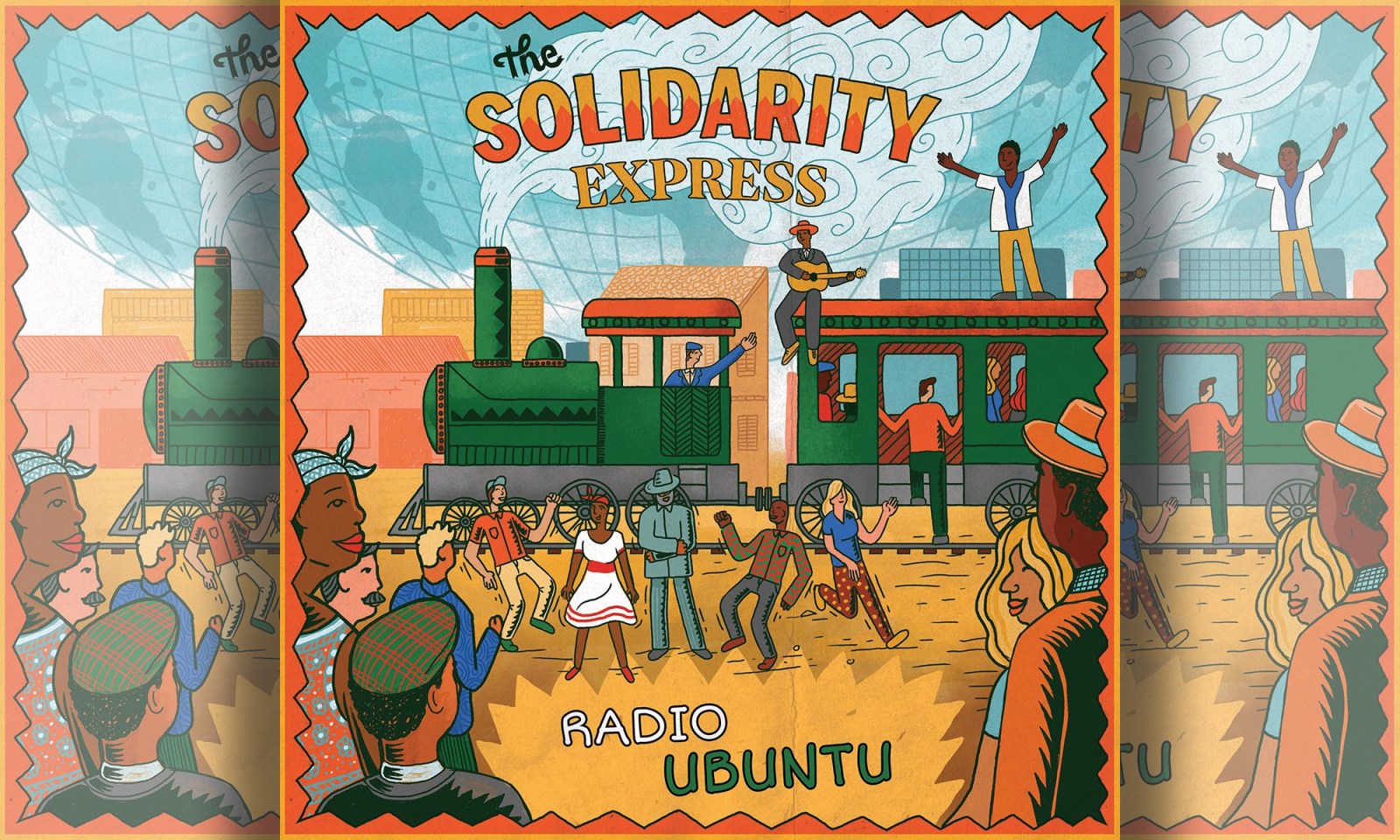 There comes a point in life where you realise you don’t have that much time left, so you have to make the most of every moment and put some good back into the world, says musician Dan Chiorboli.

He’s explaining why the album he’s just released with an eclectic bunch of fellow artists features a surprising and unusual range of songs. Indeed, Radio Ubuntu by The Solidarity Express features lyrics about climate change, migration, overpopulation, the unsustainable use of resources, xenophobia and the quest for racial harmony. In a country where hashtags like #PutSouthAfricansFirst spread hate on social media, it’s certainly calling out popular sentiment.

There’s even a track where the renowned South African explorer, conservationist and a fellow of the Royal Geographical Society, Kingsley Holgate, delivers an impassioned plea about rhino poaching. On this monologue and collaboration, Chiorboli chuckles: “It’s about doing what you believe in, and it has to be done because there’s so much shallowness and superficiality in music today,” he says.

“It’s not your instant gratification radio tracks where you listen to it five times and you’re sick of it. Each song has a depth of its own and develops its character on a couple of listens.”

In fact, one track begins with the singing bass guitarist Tebogo Sedumedi intoning: “I don’t care if you were born in a rural village, I don’t care about your education” with the passion of a Pentecostal preacher; yet, by the time the chorus “I believe we can live in harmony” comes around for the third time, you catch yourself singing along.

Another song says, “They beat me, they burn me, they cut me – hear the cry of the Earth”, and shines a light, yet again, on the world’s environmental crisis; with Roxy Music’s guitarist Phil Manzanera on the electric guitar and bold saxophone trills from Nigerian Femi Koya, it’s surprisingly potent.

“I know it sounds quite idealist but it comes from the heart. It’s about making people think a little bit deeper about the world and what we’re up to,” Chiorboli says.

And people will listen, he believes. “It’s for a mature audience, a thinking audience… we didn’t want to compromise and go for a real radio sound.”

The Solidarity Express features ten core musicians, although the number fluctuates as they collaborate with guests including New Zealander Tim Finn from Crowded House and more musicians from Cuba, Italy and other African countries. “Everybody just fitted in perfectly – there were no big egos,” Chiorboli says.

He drew in Andre Kriel from The Black Cat Bones, who sings, plays guitar and wrote three songs, including The Healing, now released as a single. Blasts of the tuba, trombone, trumpet and accordion come from multi-instrumentalist Justin Sasman from Bombshelter Beast.

There are also Ann Masina’s powerful vocals, who sang with Cape Town Opera and in the William Kentridge stage show The Head & The Load, which explores Africa’s role in the First World War. “She was mind-boggling – she stole the show, so I asked her to contribute and she’s become an integral part of the band as an incredible singer,” he adds.

Then there’s Tamani Mbeya, from Malawi, who auditioned as a backing singer and matured to handle the lead vocals on a track called Together, written by Chaz Jankel, Alice Platt and Phil Manzanera. Mbeya is now researching the heritage of Malawian folksongs from her grandmother’s era for possible inclusion on their next album.

The whole concept is a spin-off from The Liberation Project, a huge collaboration of 142 musicians from 18 countries that resulted in a triple album of protest music called Songs That Made Us Free, produced by Chiorboli, Manzanera and Neill Solomon.

The core musicians toured Italy in 2019, and Chiorboli remembers sitting in a café in Rome discussing world affairs with Manzanera. “We were looking at the news from South Africa and the fact that our politicians have really let us down. We had xenophobia on our doorstep and it was an embarrassment, and Phil said you’re not alone, it’s the same in the UK. If you look around at all the dictators and despots and right-wing stuff the world is in a f***** up place.”

They were determined to speak out against it, and since they’d seen how the up-tempo, joyous South African mbaqanga tracks were well received on the tour, they created uplifting music to cushion the meaningful messages.

The Covid lockdown delayed production because the band needed to record in the studio together to capture their large, exuberant sound. “I wanted the feeling that a band was playing in your living room and it was live, not computer-generated or over-produced or cleaned up. My reference was the old Motown material I grew up with that had such a powerful sound, like Aretha Franklin and James Brown, and I wanted to create the same emotion,” says Chiorboli.

Radio Ubuntu features genres spanning mbaqanga, gospel, afro-soul, rock, blues, country, reggae, kwela, isicathamiya and boeremusiek. It was released in April on streaming platforms like Spotify, which is getting good traction in Italy, and on physical CDs sold on the band’s website for R150.

The big disappointment is that Covid regulations are preventing live performances. “This is a powerful, exciting festival band and we can’t wait to get out there and start playing. That’s where the power really kicks in and the songs come alive,” he says.

The first gigs might actually be in Cuba in November 2021, at the invitation of the Cuban Ministry of Culture. The Cuban connection comes with saxophonist Michel Herrera and his jazz-salsa band Madre Tierra, who play on the song Cuito Cuanavale. That’s about an apartheid-era battle in Angola fought by Cuban, Russian, Angolan and South African forces, credited by some historians as the catalyst for negotiations that led to the withdrawal of troops from Angola and Namibia by 1991. But the lyrics by Kobus de Kock Jnr and sung in Afrikaans and Spanish have drawn flak from conservative Afrikaners who feel it denigrates their apartheid war effort.

“The statement I wanted to make is nobody won,” says Chiorboli. “The South African forces think they won, the Cubans and Russians think they won, but nobody actually won because the country got decimated, there were untold deaths, and what for, really? For a misguided ideology.”

Chiorboli himself has been performing as a drummer and percussionist since he was 15, often collaborating with musicians from Italy, his ancestorial home, and with Brazilian and Cuban artists because he loves lively Latino flavours. He’s worked on more than 200 albums and produced music festivals as well; now, he’s too passionate about the mission that fuels The Solidarity Express to fret about commercial popularity. “I think I’ve got enough of a back catalogue that, hopefully, I have a place in the greater canon of South African music,” he says.

“I think we’ve lost the sense of our soul and we follow the superficial, shallow American styles that permeate our airwaves. I wanted to move away from that and do something that has some meaning and stands the test of time, and hopefully we’ve done that.” DM/ ML