Is there life after chicken soup? 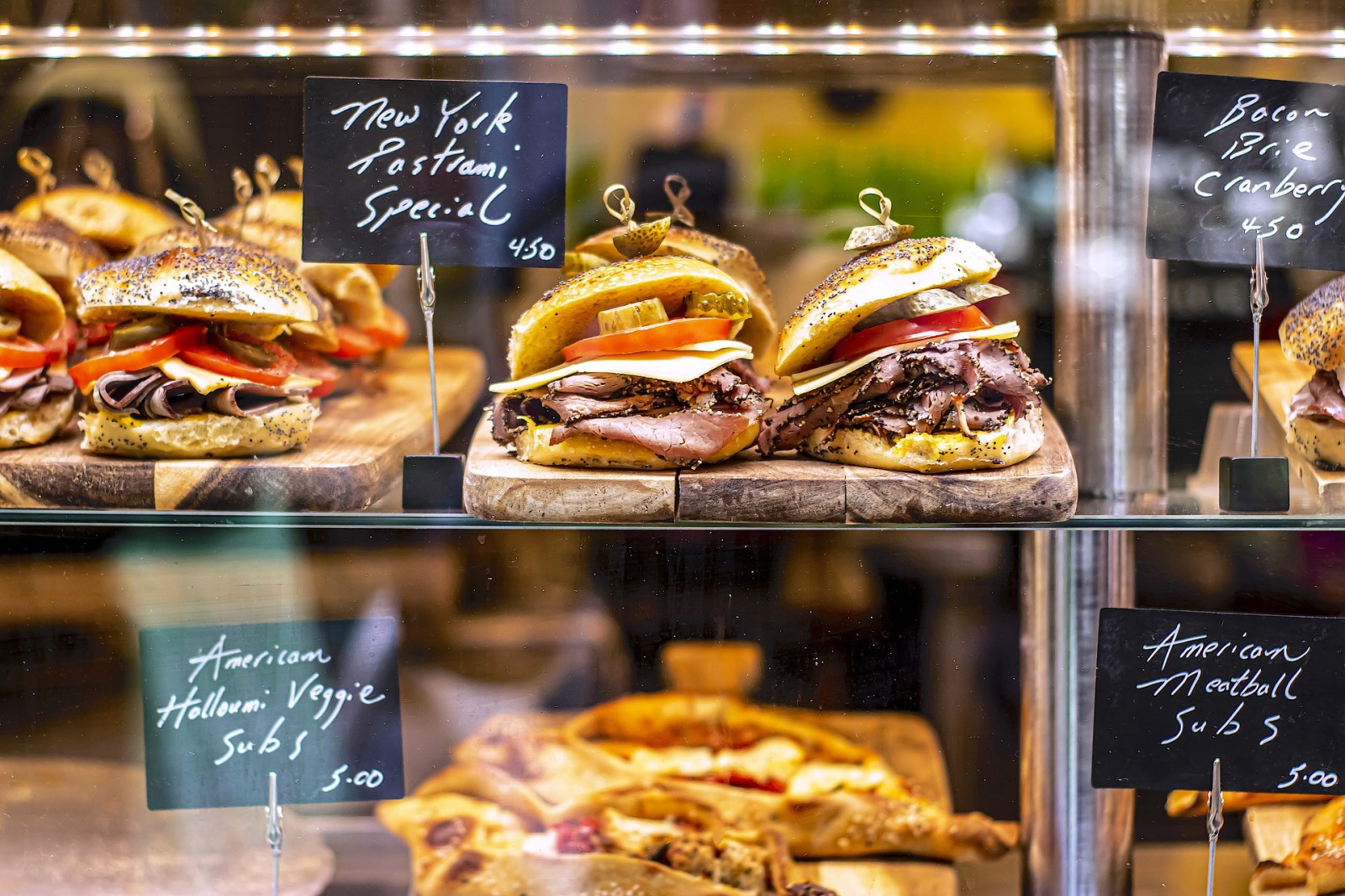 The woman next door was always in the kitchen, hollowing, stuffing, wrapping and rolling food into tiny balls and fingers. But it was never only about food that I visited the neighbours so often.

When I was a child, around 7, we lived next door to a large family in London. I liked to visit neighbours, anything to get away from my own family. There was something different about this family. Even at a young age, I could tell.

One evening I tottered in and the woman next door was lighting candles with her hand over her eyes. She then started singing in a strange language.

I rushed home to tell my ma. “It sounds magical,” my mother said. It turned out they were a Jewish family who had escaped to London to avoid the Holocaust. She cautioned against eating too much of their food. “They have been through a terrible time, and need all the food they can get.”

What she didn’t know was that I was there for exactly what she had cautioned about, the food. Unlike in our frugal house where food was locked away, there was always lots and lots of food: little pies, bowls of soup and chicken in gleaming golden piles.

“They eat a sort of pink stuff like paper, tastes like fish,” I reported to my mother. It was smoked salmon, which I had never seen before, and the lady had sent some over as well. Soon our whole family was addicted to smoked salmon.

“There is bread like bracelets. She makes them in a big pot of boiling water,” I further reported. I particularly loved those bread bracelets, they were sort of spongy inside and slightly sweet.

The woman was always in the kitchen (a place my ma hardly visited), hollowing, stuffing, wrapping and rolling food into tiny balls and fingers.

Once when I was ill in bed the woman brought around a broth which she called Jewish Penicillin. Chicken soup. After that, when one of us was ill, my ma would always say, “What we need is some of that chicken soup.”

Before, when sick, we had lived on a strict diet of Marmite sandwiches.

But it was never only about food that I visited the neighbours so often. There was something romantic and even weird, something ancient that I loved. The man wore a funny little round thing on the back of his head. I reported again to my mother, “The man has a hole in his head which he covers with a little hat.”

As time progressed and I grew older and moved to cities, I began to taste more Jewish food. In London people would say to me, “Aren’t you just dying for pastrami on rye?” I didn’t know what pastrami was.

For my 30th birthday someone bought me a cheesecake. I had never tasted cheesecake before.

When I moved to Cape Town in the Seventies and began working on magazines, the delicacy was hot beef on rye. Many of my colleagues were Ashkenazi Jews, whose ancestors came from Eastern Europe, mainly Lithuania and Russia. Others came from Greece, Rhodes in particular, via the Congo and Rhodesia and brought with them Sephardic cuisine with a melange of spices.

I began to be invited to Shabbos meals.

The French historian Fernand Braudel, in his book The Mediterranean, wrote that there was undoubtedly a Jewish civilisation, but that it was so individual that it was not always recognised as one. To me in those days, it seemed very New York. There was so much zhuz, but what really captivated me was the bread and candles, so elemental.

However, what should have been ancient simplicity often turned into an overladen gutfes.

The Shabbos table stunned me. It was loaded with cold fried fish. There were large pots of different stews – and even sometimes pudding – all mixed together because they had been made the day before and would have to last until Sunday. No cooking on Saturday.

I began to learn things about kosher eating that seemed acute and hold-your-breath clever. Animals that both “chew the cud” (meaning herbivores that chew their partially digested food before finally swallowing it) and have cloven hooves are considered clean and permitted. (The cloven hooves mean that they cannot hold prey and cannot be carnivores.)

Jewish food has laid the foundations of great culinary traditions in cities such as New York. In the Seventies, Cape Town was a celebration of Jewish food with the rise of the deli: Rieses in Sea Point, Milly’s in Buitenkant Street and, although not particularly Jewish, for the first time we got jewelled hand-crafted confectionery at Zerban’s in the Gardens Centre.

These delis offered a mixture of exotic imports and specialised in the pickled, cured and smoked foods that housewives did not make at home. They served corned beef (salt beef), tongue and pastrami, one of the great inventions of the American deli.

It was worth visiting Johannesburg for a visit to Wachenheimers, a kosher butchery that also served a few tables, just to taste the pastrami on rye.

The South African Jewish Museum tells the story of an immigrant community, almost entirely from Lithuania, who arrived as peddlers working the mining towns, and grew into a prosperous, vibrant population. The museum also addresses the moral and political issues faced by South African Jews during the apartheid era.

Much of the food was years before its time. Now, with Fergus Henderson’s book Nose to Tail Eating, offal has become the poster food instead of the frankenfood it was always thought to be. The cheaper offals – feet, spleen, lungs, brains, liver and intestines – were widely used in Jewish cooking.

I have always loved tongue but seldom see it on a menu. See below for a recipe given to me by a friend.

Although this once 16,000-strong oldest Jewish community in Cape Town has shrunk, luckily there are remains.

If you are craving smoked salmon and bagel, gefilte fish or chopped herring, there are two great delis that remain, the famously known Goldies in Sea Point and my favourite, Kleinsky’s, also Sea Point, where bagels are made in the proper way by boiling. Giovanni’s, the all-round best deli in Green Point, always holds a stonking collection of Jewish food such as chopped herring, and Checkers, Sea Point, is a festival of kosher delights.

But the good news is that Capetonians are also witnessing a resurgence of the Jewish deli culture with the opening of Max Bagels in Bree Street. Check out their Salt Beef Bagel, with a number of choices of bagel: plain, poppy, sesame and with a variation of fillings from cream cheese, rocket, tomato and gherkin.

The bagel is not new to Cape Town, but this favourite American snack has begun to rock the city with hole-in-the-wall bagel distributors doing home deliveries, and places such as the historic New York Bagels owned by Bernard Milner, whose father owned the famous Milly’s. New York Bagels is situated in what was once District Six.

Milner says: “Bagels have definitely become more popular now than ever before, and it’s probably got to do with the trend towards hand-crafting things and the fact that they are being made more carefully than in previous years.”

And in a wonderfully diverse twist, you can even get a Halaal accredited bagel from Olive Food Suppliers.

From vanity addresses in ritzy New York neighbourhoods to the addressless homes in the favelas of Brazil and the townships of South Africa, blintzes, tzimmes and bagels are leading the way in a cuisine that is both tailored to poor and rich, and where wastage is a sin.

Wash and soak the tongue in cold water for 24 hours, changing the water once. Drain and put in a pan with cold water to cover. Bring to the boil, and when scum appears, pour out the water. Cover with fresh water, bring to the boil again and add the rest of the ingredients. Simmer for three hours, until very tender. (Test with a fork at the root end.) Plunge in cold water before peeling the skin off. Trim away the root and bones.

If serving hot, return the tongue to the broth and reheat before serving cut into slices. Serve with mustard sauce. DM/TGIFood