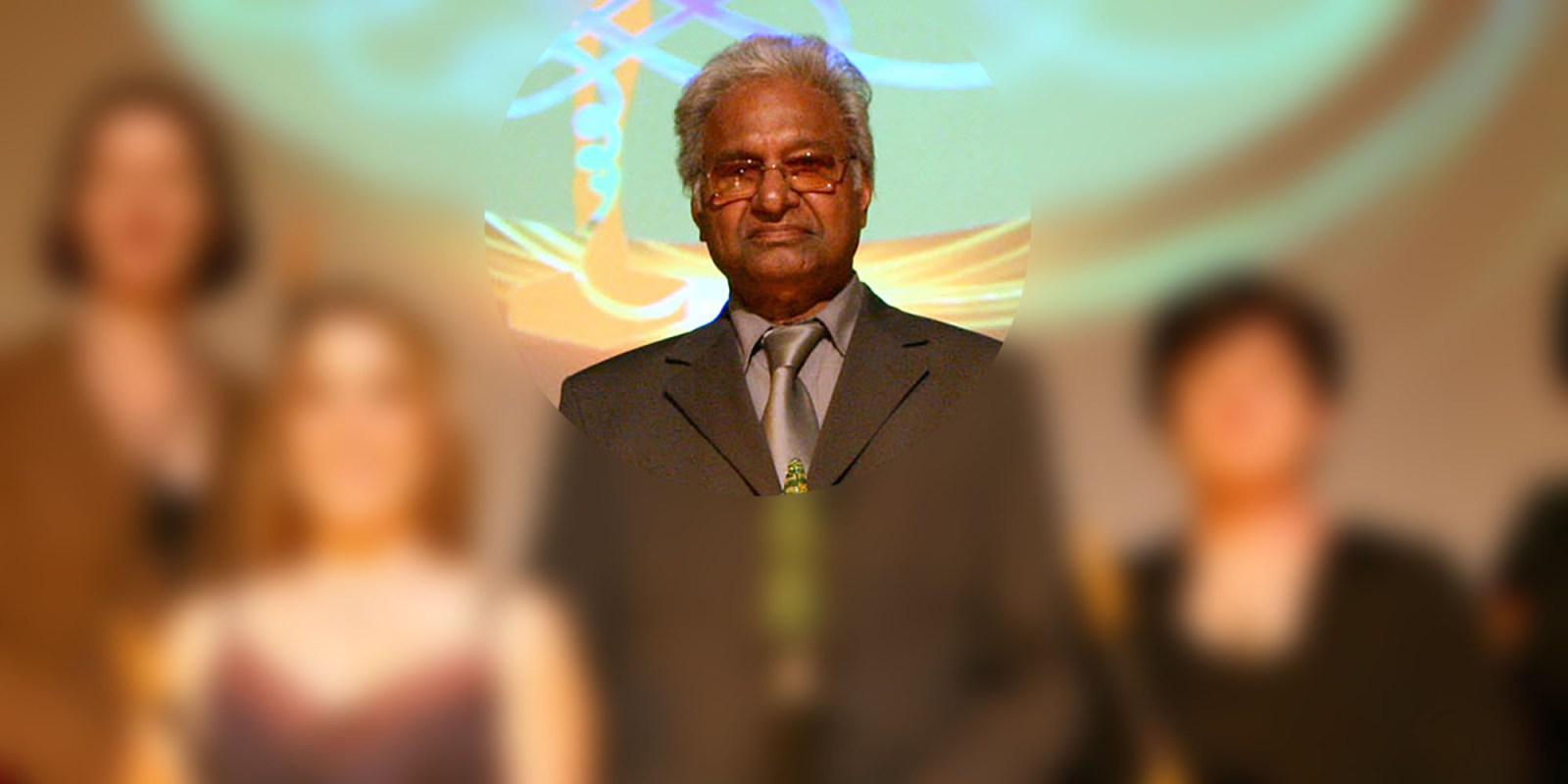 He was a storyteller who rewrote the narrative to reclaim the history of those enslaved and indentured, in ways that resonated universally. He wrote to free himself and to free us.

Dad, you played with life in the theatre of this world. You woke before dawn to write, chuckling at your creations, before standing on your head in your favourite yoga pose. Your writing reflects and records the importance of history – who writes it, rewrites it and to what end. You were interested in how the past shaped the present and how our actions shape the future. This inspired your deep study of humanity’s oral and written knowledge as well as your political activism in non-racial theatre and sport.

Your aptly titled memoir, In the Manure, describes the name, Ronnie, by which you were known, as a “colonial anachronism”. You preferred the name chosen by your parents, Sathieseelan Gurulingam.

Apartheid’s forced removals drove you to record the lives trampled into the dust of Cato Manor. In crafting story and character, you made complex ideas accessible through language, music, dance, breath and pause. You transformed makeshift venues into vibrant theatres, deploying sets, sound, lighting and repeated rehearsals to enthral your audiences.

Your comedy, The Lahnee’s Pleasure, was one of South Africa’s longest-running plays. In the 80s, your trilogy of political satires, Inside, Offside and Backside, packed out venues, raising consciousness and funds for organisations. Your plays contributed to a minuscule election turnout for apartheid’s Tricameral Parliament. Your song, They are the Men, the Men of the Moment, mocking pompous, self-appointed leaders, became wildly popular. You observed the cultural boycott of apartheid. While many who broke the boycott became household names locally and internationally. Your work, despite many awards, is not known as widely as it would have been. When the boycott ended, you finally accepted invitations to previously white South African theatres and cities across the globe. Pat Pillai describes acting in At the Edge (based on your book of short stories) to standing ovations in South Africa and internationally.

You were the storyteller who rewrote the narrative to reclaim the history of those enslaved and indentured, in ways that resonated universally.

Your poem I am an African (written before an inspired presidential speech of the same name) emerges from your assertion that you were a South African. You challenged being described as an “Indian writer”, contrasting it to South Africans of European origin introduced simply as South African writers.

You created plays that made people weep between raucous laughter, while your heart was breaking as your young, beloved son Daya grappled with mental illness. Daya’s death from cancer in 2013, long after marriage to Alison and three beautiful children, devastated you, until Triya’s baby, your first great-grandchild Arami arrived. You deeply appreciated time with my sister Samantha and her children, Arani and Sachin.

In these last months you developed dementia (age-related mental illness). You and Mum, your strong, spirited Kamalam, moved to Pat and Radha’s home. Your new morning ritual included coffee with your son and delightful visits from little Rumi. Over the last weeks, your walks and writing ended. You asked Radha to write as you dictated your “Final Chapter”. Our ritual was dancing, that ended shortly before the morning of your final curtain, when I sat meditating with you on the rising sun.

Pain can make us forget that dignity is our birthright, but a parent, child, or a sunrise can mirror who we are. You looked into our eyes with love, while holding Pat’s hands and mine, as you took your final breath. We are earth, water, wind, fire and ether and you are in the ether now, in the universe in and around us.

You wrote to free yourself and to free us. You reclaimed the history of those who had been erased, while wary of parochialism and hierarchies of inferiority and superiority. Your play Swami critiques our craven desire to put people on pedestals and kick them when they fall. You wrote that we are not deities or gods but flawed human beings with the potential to create or destroy… and you rejected deification and demonisation.

You instructed us to “Have a jol (party)” at your funeral. You always encouraged us to be ourselves and your grandchildren celebrated you in unique style. Nirvana, in her sari and your dapper hat, raised a glass of your favourite whiskey to her Thatha (grandfather) who, “judged for the colour of his skin and his empty eye socket… bloomed into someone who was loved and thrived and revelled”. Karlind shared his childhood story about taking your glass eye to show his friends. Now, he wishes to hold your “vision every day… the eye of leadership”. Disha’s poem evoked “you in your garden tending your marigolds and chillies… the ultimate hat wearer, storyteller, risk taker and mischief maker”. She shared Mum’s message to you, her “caring, loving soul”.

Parusha spoke of your self-confidence and how you “wrote stories to remind others of their own worth, under a regime designed to destroy self-esteem… you taught me to accept that life is simultaneously beautiful and brutal… to seek the beauty while fighting the brutality… Hamba Kahle, Comrade Thatha.”

Saien read your poem, Beyond Fences, Beyond Boundaries, that celebrates your loves, including curry, saris, Carnatic music, jazz, sport and South Africa’s natural beauty. “These loves I share with rabid capitalists and primal communists, with racists and humanists, with idiots and geniuses, with pamphleteers and poets. What then defines me? The things I love, or those who by accident of circumstance, share them with me?”

Yashodan read your poetic answer: “Should I not heed the impulse to walk beyond boundaries, so that I may tread the pathways of those nameless souls who unmindful of time, race or belief, who untutored, joyously affirmed life through paintings on the walls of caves, through dances of the spirit, of nature… kindled an anonymous, spontaneous celebration of life beyond fences, beyond boundaries.”

Your novel, Song of the Atman, evokes “The urge to live the melody”. We concluded with Radha singing, accompanied by Kamil on guitar. Louis Armstrong’s What A Wonderful World, the song you often sang, reminded us that life’s abundant beauty holds us through our pain.

Based on family eulogies delivered at the funeral of Ronnie Govender.