Assassinations and conspiracies: The web of violence surrounding Cape Town’s bouncer wars is unravelling in court 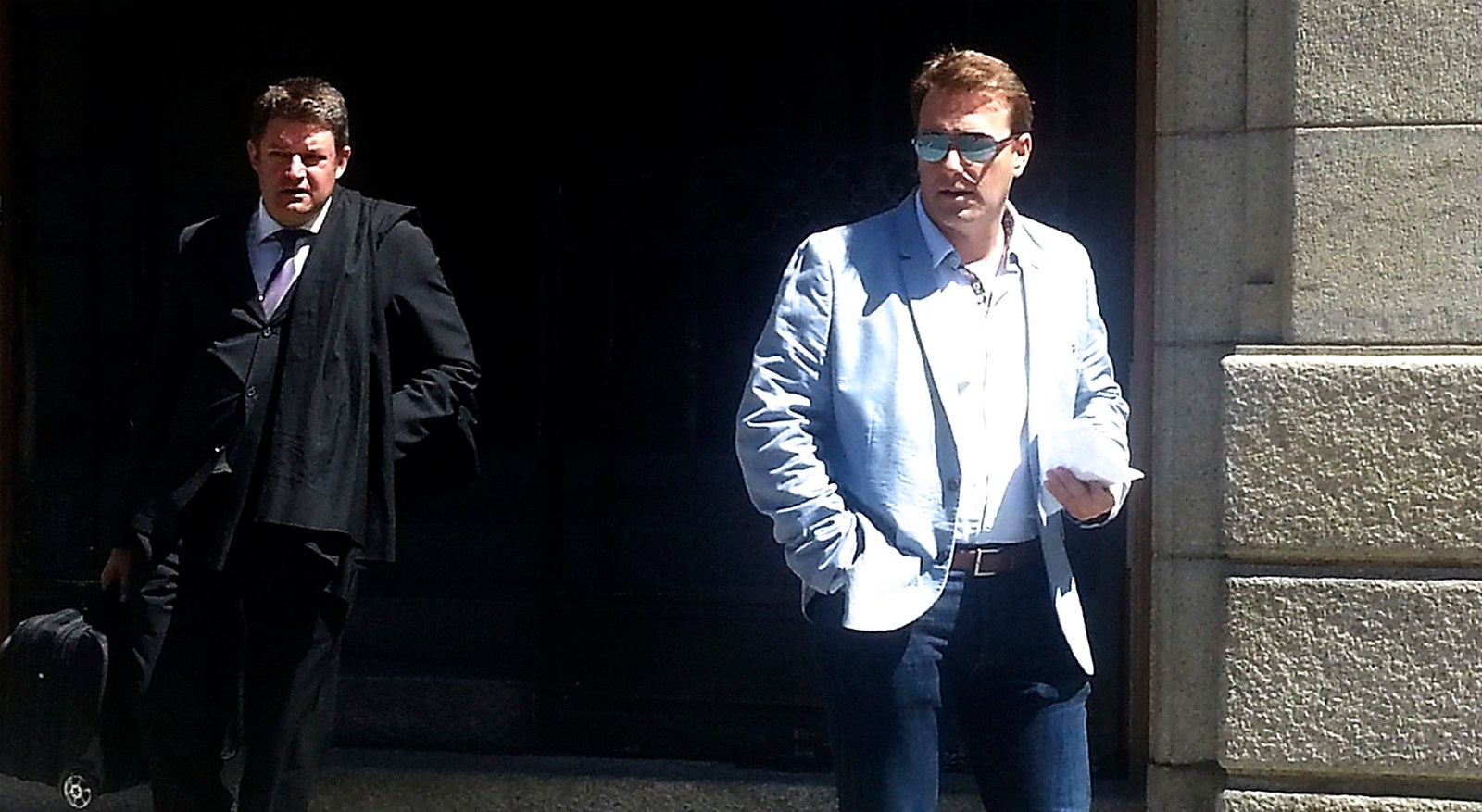 The 2017 murder of steroid king Brian Wainstein was reportedly planned by alleged underworld figures Jerome ‘Donkie’ Booysen and Mark Lifman and carried out by thugs affiliated to the 27s gang. In addition, the State also alleges that Lifman paid to have Cape Flats gang boss Ralph Stanfield killed.

These startling revelations are contained in the indictment and summary of facts the State handed into the Cape Town Magistrates’ Court on Wednesday, 12 May. Wainstein was shot and killed on 18 August 2017 in his home in Hohenort Avenue, Constantia.

In court papers, the names of Lifman and Booysen appear alongside 13 other co-accused, including police sergeant Wayne Henderson. The group faces 38 counts, including the murder of Wainstein, for which Lifman and Booysen are the main accused, five counts of conspiracy to commit murder, four counts of attempted murder, three of incitement to commit murder, four of intimidation and corruption and several counts relating to the contravention of the Prevention of Organised Crime Act (POCA).

The State contends all the accused are guilty of contravening sections of the act that they “between April 2017 and November 2017 at or near Sea Point, Cape Town, Camps Bay, Kraaifontein, Plattekloof, Mitchells Plain and Constantia actively participated or as member of a criminal gang, unlawfully, intentionally and wilfully aided and abetted any criminal activity in association with the 27 criminal gang”.

Alleged gang member William Stevens, alias “Red”, a former accused in the murder of Wainstein, was shot and killed outside his home in Kraaifontein in February this year.

According to the indictment, Sheldon Breet, now serving a sentence for his part in the murder, allegedly assisted Wainsten with his illicit dealings in steroids. The State says Breet claims that Lifman and Wainstein clashed over investments and property deals.

The indictment reads: “Approximately three months before the deceased was killed, Kishor Naidoo was overheard by Breet in a telephone conversation with Lifman discussing a plan to murder the deceased, with Naidoo requesting that Lifman pay (for) the assassination upfront.

“The conversation was followed by another overheard telephonic conversation, this time between Naidoo and Jerome Booysen, where the killing was also discussed.”

Papers further reveal that on 29 June 2017, a meeting of illegal steroids dealers was allegedly organised by Jerome Booysen at his home. It is the State’s contention that the dealers complained to Booysen that the deceased was a threat to them and their businesses.

“At that meeting Booysen agreed that the deceased would be taken care of,” the indictment states.

But before the assassination of Wainstein, there was an attempt on the life of suspected gang boss Ralph Stanfield on 6 July 2017. This attempt on Stanfield’s life, the State claims, occurred because of Stanfield’s close association with Wainstein.

Following this failed attempt, a further meeting was allegedly held where the murder of Wainstein was again discussed. At this meeting, the State claims, Naidoo, Booysen and Lifman agreed, in the presence of a state witness, to murder Wainstein and agreed on the sum of money to be paid for the murder.

“Lifman indicated that he was not willing to pay more than R250,000 as he had paid R500,000 for the hit on Stanfield and the hit was unsuccessful.

“Leading up to the murder, Sheldon [Breet] and his brother Matthew, assisted by Jerome Booysen and Naidoo in turn did reconnaissance at the home and places and business of the deceased to facilitate the planning of the murder. Breet and Naidoo solicited the assistance of William Stevens and other members of the 27 gang to execute the murder on 18 August 2017,” the indictment reads.

Cheslyn Adams and Fabian Cupido, both members of the 27s, and Matthew Breet were subsequently arrested and convicted of Wainstein’s murder and are serving lengthy jail terms.

In terms of his plea agreement, Matthew Breet was sentenced to 20 years behind bars in December 2018. Cupido was sentenced to 40 years in June 2020. The State says that after the murder, Naidoo and Breet collected payment for the assassination from Lifman.

The State also highlighted the extent of the violent clashes for control of Cape Town’s nightclubs and restaurants, and the extreme measures the accused used to stamp their authority.

It all started in 2016, according to the State, when Lifman, Jerome Booysen and alleged underworld figures Andre Naude and Colin Booysen began referring to themselves as the “brotherhood”. They established themselves as the dominant group in control of the nightclub and entertainment venue security, or “bouncer”, industry in Cape Town.

The first altercation took place in May 2016 between Colin Booysen and Naidoo at the Coco Bar, where firearms were brandished. The State claims that Booysen complained that Naidoo had brought the 27s gang, including Stevens, to the club.

Later in 2016, there seemed to be friction within the brotherhood. The State claims Naude was tasked with negotiating the split in November 2016.

The new group started with a violent takeover of security at entertainment venues and clubs thought to be under the control of the older grouping.

The summary of facts further states that following the November split, a meeting was held at Stevens’ house. Van der Watt, Typhyene Jantjies, Naidoo and other alleged members of the 27s were also present.

The State says the meeting discussed Lifman’s desire to take the clubs back by force and intimidation, and they all agreed to participate.

It is alleged that Naidoo then invited Stevens to attend another meeting at the home of Colin Booysen to confirm the arrangements.

“Lifman explained that he needed at least 100-200 men and that the work should be done over two days and that he needed this to happen as soon as possible. Lifman stressed that they needed to be extremely aggressive and intimidating… ” the State says.

The arrest of a Sea Point policeman, Sergeant Wayne Henderson, relates to an incident that occurred on 9 April 2017. The State alleges that Naude instructed Sam Phillip Farquharson to gather with his group of bouncers at McDonald’s in Sea Point.

About 100 members of the 27s arrived at the restaurant, as well as the police, who arrested Matthew Breet, who admitted to possessing unlicensed firearms and ammunition.

Then, Henderson, an investigating officer at Sea Point detective service, agreed to accept R100,000 from Farquharson to help Matthew Breedt, then a suspect in the Wainstein murder, to avoid prosecution.

“Henderson then performed a number of acts to thwart the investigation, namely, destroying possible fingerprints evidence by not collecting a firearm… despite a covering letter signed by his commanding officer, disposing of material evidence in the matter by initiating and arranging for the return of items to the suspect Matthew Breet on 25 May 2017 which could link him to the offence,” the State said.

The case was transferred to the Western Cape High Court for a pre-trial hearing on 6 August. The proposed date for the trial to start is 28 February 2022. DM/MC