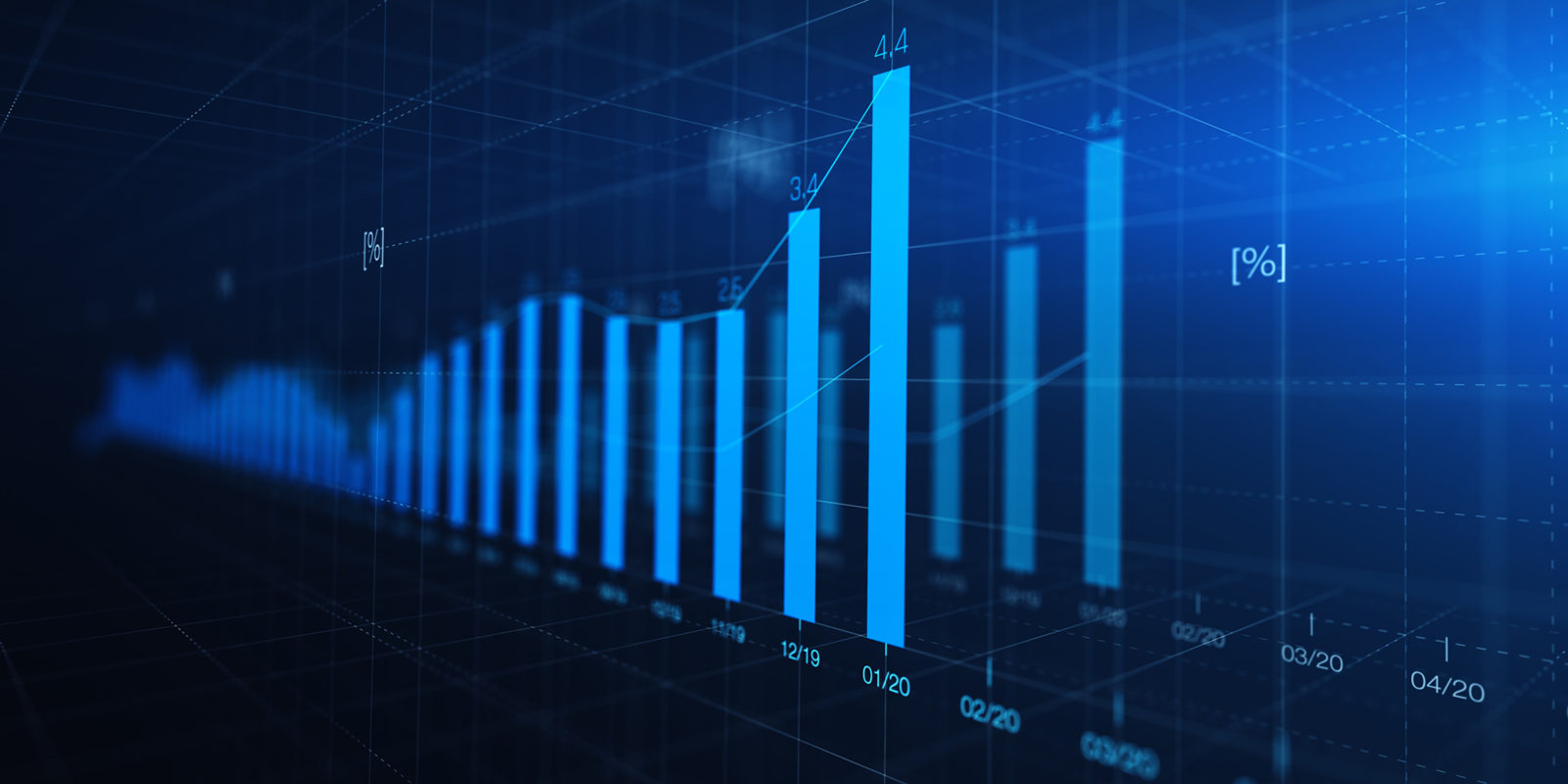 A resurgence in inflation market fears sees tech shares head into the red for May. But there’s still little evidence to support the likelihood of a sustained upward shift in global inflation — and thus the prevailing inflation narrative. So, looking back at month-end, it could be that the sell-in-May-and-go-away adage proves more apt.

Investors have again latched on to concerns about inflation after putting their fears on hold last week when the US jobs data proved to be such a disappointment. Tech stocks led the steep downward spiral.

So what changed in the course of less than a week, bringing the inflation narrative back into play? Concerns are centred on commodity prices continuing their upward march and the supply constraints that are materialising. Under the spotlight is the acute global shortage of semiconductor chips that is wreaking havoc on automakers and producers of goods as far and wide as dishwashers and electric toothbrushes.

But there’s still no convincing evidence of inflation coming through in headline inflation measures, or of the commodity price increases entrenching themselves for the long haul.

China’s Producer Price Index did surprise to the upside on Tuesday, which added to, but did not cause, the upswell in inflation fears. Today, the US CPI Index will be released and will no doubt come under the microscope for any signs of supply-side price pressures feeding through to consumer-facing goods.

Also contributing to the about-turn in market sentiment was the rise in inflation expectations captured in the Federal Reserve Bank of New York’s Center for Microeconomic Data’s April 2021 Survey of Consumer Expectations. The survey found that inflation expectations a year out had increased marginally to 3.4% in April versus 3.2% in March. However, they remained unchanged at 3.1% three years out.

Though inflation expectations do ultimately play a significant role in the price increases consumers are psychologically geared to tolerate, they are not sufficient evidence of the likelihood of persistent inflation reappearing.

In their latest analysis on inflation, Oxford Economics says notions that the higher headline and core inflation are likely to be on the rise in the second half of the year and will strengthen further into 2020 “are wide of the mark”. It believes the current core inflation readings for key developed economies, as reflected in the graph below, “don’t appear to be anything to lose much sleep over”. 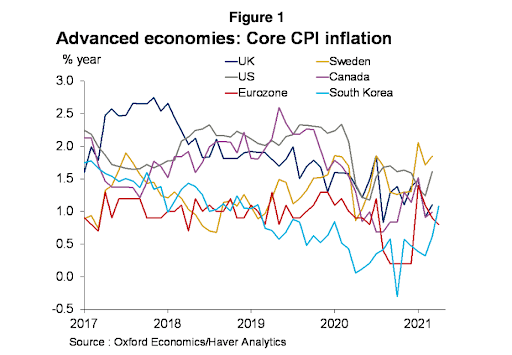 It acknowledges that this time, shocks may be bigger, but it is questionable whether a core inflation rate peaking at 1.8% by the end of 2021, as per its baseline projection, “is large enough to de-anchor inflation expectations and generate a sustained bout of rising prices”.

Also nonplussed by the current inflation apprehension, in his weekly blog, UBS chief economist Paul Donovan says inflation in most countries is being boring. He says trimmed mean inflation rates, an inflation measure that central banks use to gauge what is really happening with inflation, has been “remarkably stable” in the major economies.

All in all, it thus appears that nothing has really fundamentally changed over the past week to justify such an intense onset of renewed inflation jitters. Thus the big question you have to ask is: Are inflation fears masking “sell-in-May-and-go-away” behaviour that most commentators predicted would not become a feature of markets this month?

The prevailing opinion in the build-up to the legendary March to October equity market summer season in the north, coined in the adage “Sell in May and go away”, was that Covid-19 had changed the landscape so profoundly that it would be ill-advised to base decisions on this age-old saying.

In the build-up to May, the prevailing opinion was that the economic and financial market landscape had changed so materially that it was unlikely investors would take risk off the table so that they could enjoy the northern hemisphere summer as usual, because annual vacation plans would be upended as a result of the pandemic. The jury is still out and the answer will only be known in 20 days’ time.

Year to date, the tech-focused sell-off has narrowed the increase in the Nasdaq Index to just short of 4% versus a still double-digit performance in the S&P 500 Index over the same period. The tech-heavy index has, however, entered the red for May to date, sinking 3.5% so far, compared with a sideways move in the broad-based S&P 500.

South Africa so far has been fortunate enough not to be caught in the crossfire. Instead, Moody’s decision to postpone its South African rating decision became the positive event economists felt would be needed to carry the rand down to the R14-to-the-dollar level.

However, should a sell-in-May-and-go-away risk-off investor stance prevail for the rest of the month, South Africa would inevitably be caught in the tide and see foreigners retreating into safe-haven assets again. DM/BM