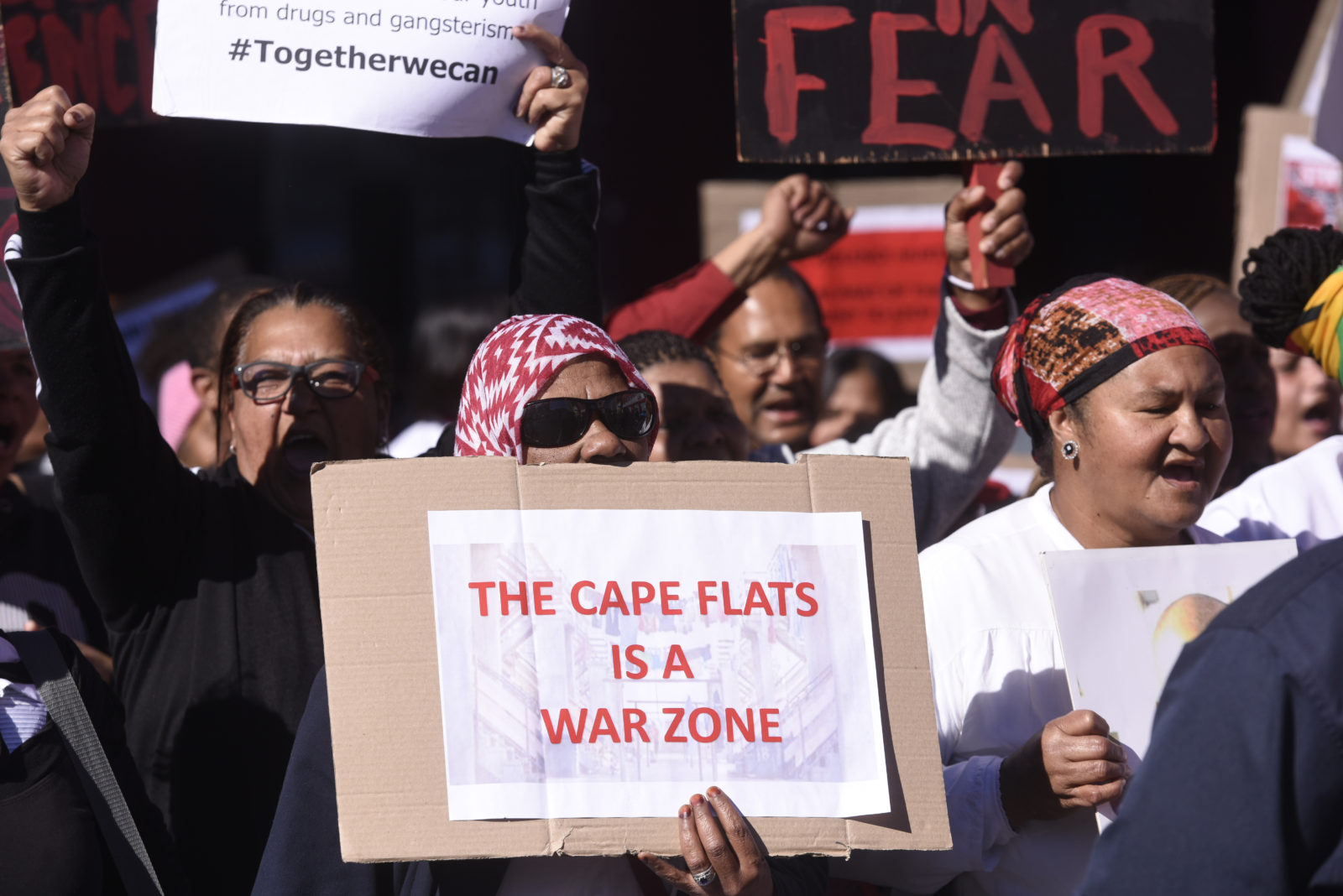 A number of safety plans implemented by the government have failed to stem violence in gang-infested residential areas — but a new plan in Cape Town has called for public participation.

Amid collusion between politicians, corrupt police and criminals, the needs and input of citizens and communities have been ignored in the past. However, between 5 February and 8 March, the public was invited to participate in the 2021/22 City of Cape Town Metropolitan Police Department Annual Police Plan.

Some residential areas in the Western Cape have been experiencing the equivalent of a low-grade, relentless civil war. Residents, who have been under siege for years, called for greater engagement with Minister of Police Bheki Cele, Community Safety MEC Albert Fritz and the City of Cape Town.

The trauma of seeing bodies in the streets cannot continue, they say. Not a single week, especially on the Cape Flats, goes by without someone being killed, struck by a stray bullet, or women and children subjected to violence.

Residents have offered insights to politicians and leaders which they hope will be incorporated into the national or provincial safety plans. Maverick Citizen spoke to activists and community leaders about critical aspects of the plan.

The most recent crime statistics, released in February, indicate that the murder rate in South Africa increased by 6.6% between October and December 2020 — 2,481 people were killed during that period. Sexual offences increased by 5% and 12,218 women were raped.

Hanover Park community leader Kashiefa Mohammed said the government’s safety plan had not worked in her area because “a chess game” was being played out between police and politicians.

“This needs to stop immediately and the interests of the community placed first,” she said.

Manenberg activist Roegchanda Pascoe predicted four years ago that gang violence and drugs would spiral out of control on the Cape Flats.

“One of the most important issues that needs to be in the government’s safety plan is skills development. This will empower our youth, and with an incentive could break that financial dependency from gang elements,” she said.

“Gang and drug kingpins are the loan sharks. They manipulate our people and for our desperate youth they are at times the only source of income.”

Addressing health, including mental wellbeing, was also crucial, she said, adding that most Manenberg residents experience trauma on a daily basis.

“For too long residents’ input to a safety plan have been ignored. With the local election looming, our area will again be flooded with political party members making empty promises.”

She said it was time for communities to put aside political differences and replace ward councillors who were not fulfilling the mandate given to them by residents. Corrupt police officers who colluded with criminals needed to be removed.

“We need to find common ground where the authorities can acknowledge what residents are saying is making sense,” said Pascoe.

Imraahn Mukkadam from Bishop Lavis touched on the issue of child protection. In just one week in this area, Mukkadam said, three children had gone missing.

“This is an indication that we have a serious problem. Our children had been affected by the long lockdown last year and the irregular school hours this year. If it was not for Covid-19 we would not have such a severe problem.”

He said scores of children roamed the streets and were “as good as missing, because no one can account for their whereabouts”.

“We have to find solutions, and very quickly because this ticking time bomb is just the beginning and we need to raise the alarm bells somehow or this problem is going to escalate out of control.”

Mukkadam said that if the input of communities was taken into account it would be easier to determine which aspects of the plan could work.

“A safety plan that includes the input from communities will give the ordinary citizen the opportunity to contribute his or her input into the safety plan. If we don’t empower the people and if we don’t create a platform for the people where they could anonymously inform, become a whistle-blower and act on potential crimes that will be committed, then I think their safety plan will fail again.”

In Delft, where the Terrible Josters gang wreaks havoc, pastor Charles George said all those dealing with the issue needed to rid themselves of preconceptions.

“So, for argument’s sake, we always have a them-versus-us scenario, which means that they always want to design a safety plan for us and they assume that the plan that they come up with will help us or suit us.”

George suggested creating a digital platform where citizens could engage and provide proposals on how best to fight crime within communities, how to respond to crime in communities and how to hold the necessary stakeholders accountable.

Lorraine Moko, from the Muizenberg Community Policing Forum, believes that, “Communities should in fact be drafting how they want to be policed. Policing is not necessarily about the police coming out with a van and doing patrols.

“It is about forming street committees, forming forums, working with the private securities, bringing together people and key stakeholders that can be aligned to the safety of the community.”

Child safeguarding specialist Tony Lawrence agrees that it is critical for communities to be part of the development and implementation of safety plans.

“They have lived experience of the violence which happens on their doorsteps as well as inside the homes. It is also important for the children in the community to participate, as their voices must also be heard when it comes to critical issues that affect them directly.”

The safety plan should make it clear which avenues for safety and protection existed in communities and how services could be accessed.

Neighbourhood watches and community policing forums (CPFs) should be actively involved in the design and implementation of the plan as they are made up of community members who could be directly affected by violence or crime, said Lawrence.

He said the most important aspect of developing a community safety plan was for it to be holistic and fully collaborative. All community services, CPFs, neighbourhood watches, businesses, schools, ward councillors and religious leaders should be drawn in to develop a comprehensive plan for implementation.

But there were no quick fixes.

MEC Fritz’s spokesperson, Wade Seale, agreed that citizen involvement and engagement were critical to the success of any safety plan.

“While the state and government (have) clear responsibilities and obligations to protect… citizens, we also believe that safety is not something that can be brought from outside — it fundamentally must include active participation and ownership of the people of the province,” he said.

The Whole of Society Approach of the Western Cape government, said Seale, was much more than “a narrow quibbling about who represents the community”.

“It is about ensuring active citizen involvement in the design, implementation and impact assessment in the safety initiatives aimed at reducing murder and violence in the province,” he said.

Seale said citizen engagement would include design, implementation and measurement of the safety plan, so that community members were involved in the evidence-based interventions in their area.

“There is no ‘one-size-fits-all’ approach across communities. Every time we identify a different community, we will rely on the citizens of that community to give us valuable insight into the particularities of that community and we will involve them in different ways in the design, implementation and impact assessment of such interventions,” he said.

This entailed fostering and maintaining relationships with community groups to maximise community safety.

The success of this approach to policing and service delivery, he said, also hinged on building sustainable partnerships between communities, the Metro Police and the SAPS, that remains “the leading agency in the fight against crime”. DM/MC