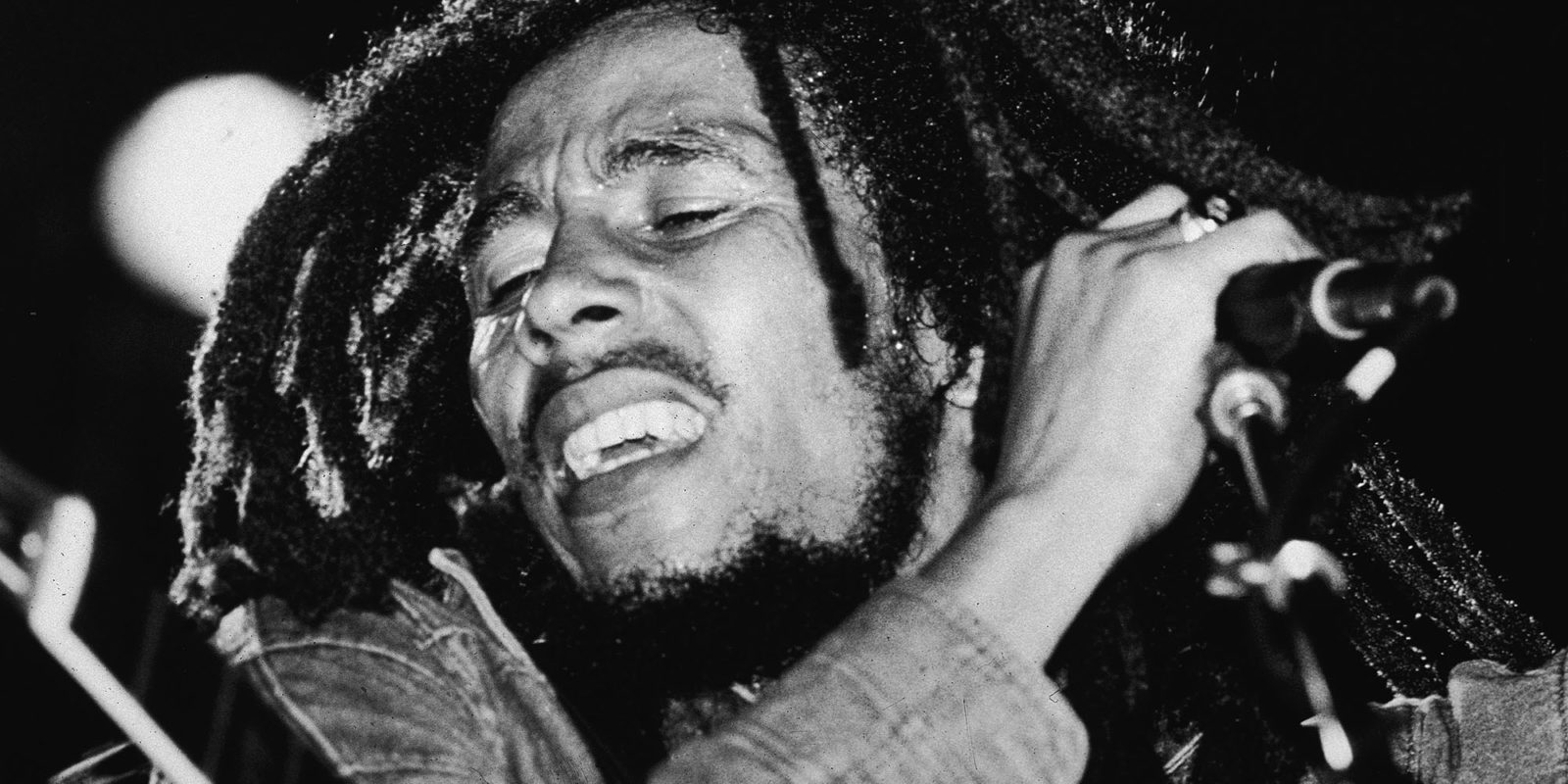 Forty years ago today Bob Marley died of cancer. He was 36, at the peak of his career and giving expression to the heaving of billions of people wanting to breathe, wanting freedom from racism and other oppressions.

In memory of Marley, and the unfinished business of human rights and social justice, today we republish the lyrics of his song War, which appeared on his 1976 album, Rastaman Vibration. These words speak truths to today’s power, as much as they did 40 years ago.

The lyrics were lifted directly from part of a speech by Ethiopian Emperor Haile Selassie before the United Nations General Assembly in October 1963. Selassie had died in 1975. Of course, we are aware of Selassie’s ignominious history in later years. However, his words, Marley’s song and its message about “international morality” remain prophetic and inspirational.

The same became true of Marley’s celebration of Zimbabwean independence in 1980 with his song Zimbabwe, written in Ethiopia the year before. With only four days’ notice, Marley paid the band’s own way to Harare to honour an invitation to sing there at the official independence celebration, only to find that his audience included Prince Charles and other dignitaries while ordinary Zimbabweans were shut out and then dispersed with tear gas when they broke into the stadium.

Two days later the Wailers went back to Rufaro Stadium to play a free concert – sans dignitaries – to an estimated 100,000 people and sang Zimbabwe.

Forty years later we still live in a world that is fighting against racism, for recognition that #BlackLivesMatter; a world where class and racial inequality is increasing exponentially; a world where the regimes Marley sang against have been toppled but were not “utterly destroyed” and instead have created new forms of oppression; a world where the African continent does still not know peace…

The world is still ruled by “crazy baldheads” and, faced with the paucity of newspeak, still needs totems, icons and anthems that speak to our souls. Music provides many, but War is as good an anthem as any. Watch Marley perform it here; listen to Selassie’s address here at 14.45 minutes; read the lyrics below:

Until the philosophy which hold one race superior

Is finally and permanently

That until the basic human rights are equally guaranteed to all

Without regard to race

That until that day, dream of lasting peace, world citizenship

Will remain in but a fleeting illusion to be pursued, but never attained

War in the east

War in the west

And until that day the African continent will not know peace

We Africans will fight, we find it necessary

And we know we shall win, as we are confident

Of good over evil

When Marley sang War at a concert in New York a reviewer from the New York Times commented that “Mr Marley was extraordinary. Who would have believed Madison Square Garden would have swayed en masse to a speech by Haile Selassie, the words of which Mr Marley incorporates verbatim into War?”

And there’s the rub. Marley had a crossover appeal that helped make people see that justice, equality and non-racism is the right thing to do; something politicians are still incapable of. 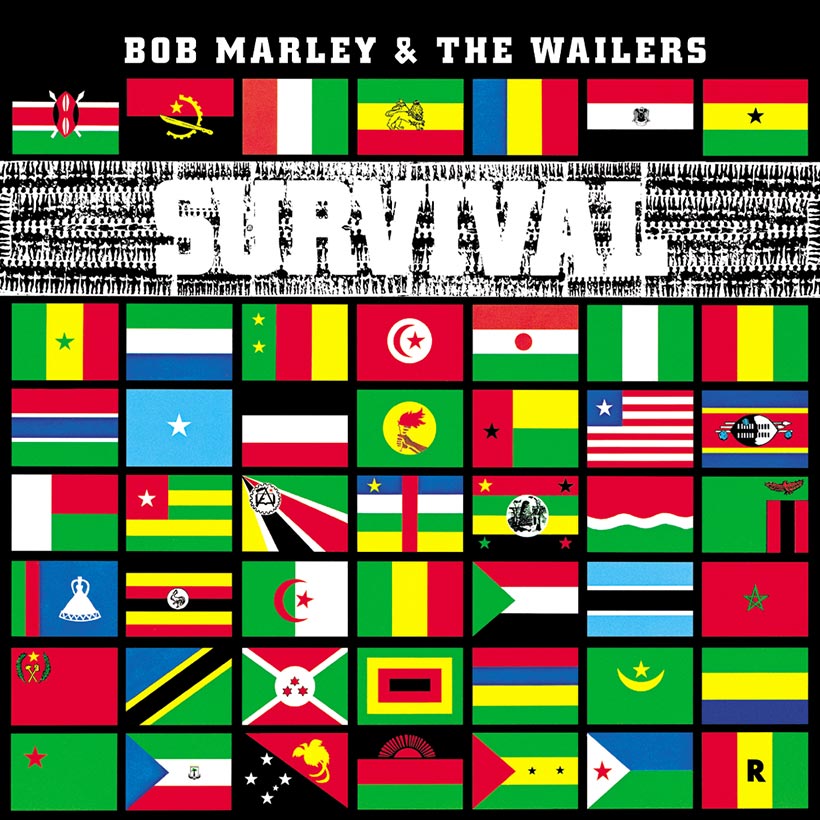 But Robert Nesta Marley’s life is also one about hope. It encapsulates the potential that exists in billions of people but is still suppressed by all the schisms of the Babylon system: The story of a poor kid from Nine Mile, a village high in the mountains of a former colony made up of slaves, who made it, who affiliated to a marginalised and stigmatised religious sect, then inspired several generations to stand up for their rights. To date he has sold 75 million records, and that was before the advent of music streaming.

Marley sang a lot about love, loved football and believed in the power of nature, what he called natural mystic. But he saw music and art as a weapon to advance change. His last three records – Survival, Uprising and Confrontation – were conceived as a trilogy, a melodic call to arms, that we should still heed. The enduring popularity of Marley and his revolutionary music is evidence that he tapped into a deep desire among humans across the world, young people especially, for love, peace, equal rights and justice.

The fact that so much of Marley’s vision remains to be fulfilled is our problem. The arc of history may ultimately bend towards justice, but since Marley died it has bent the wrong way and the world is now more tortured than it was at the time of his death. The issues he denounced are more pronounced despite political freedom coming to many former colonies. Added to the injustices of the 1970s are issues like the climate crisis and Covid-19 which were not part of Marley’s world, although the seeds were being sewn; the first cases of what became known as Aids, for example, were recorded on 5 June 1981, barely a month after his death, marking another anniversary.

Consequently, the need to “get up, stand up, stand up for your rights” has never been greater.

What will the world look like on 11 May 2031, Bob’s 50th anniversary? The answer to that question lies very much in our hands. Marley’s music and example can still be a source of inspiration as we go about it. DM/MC