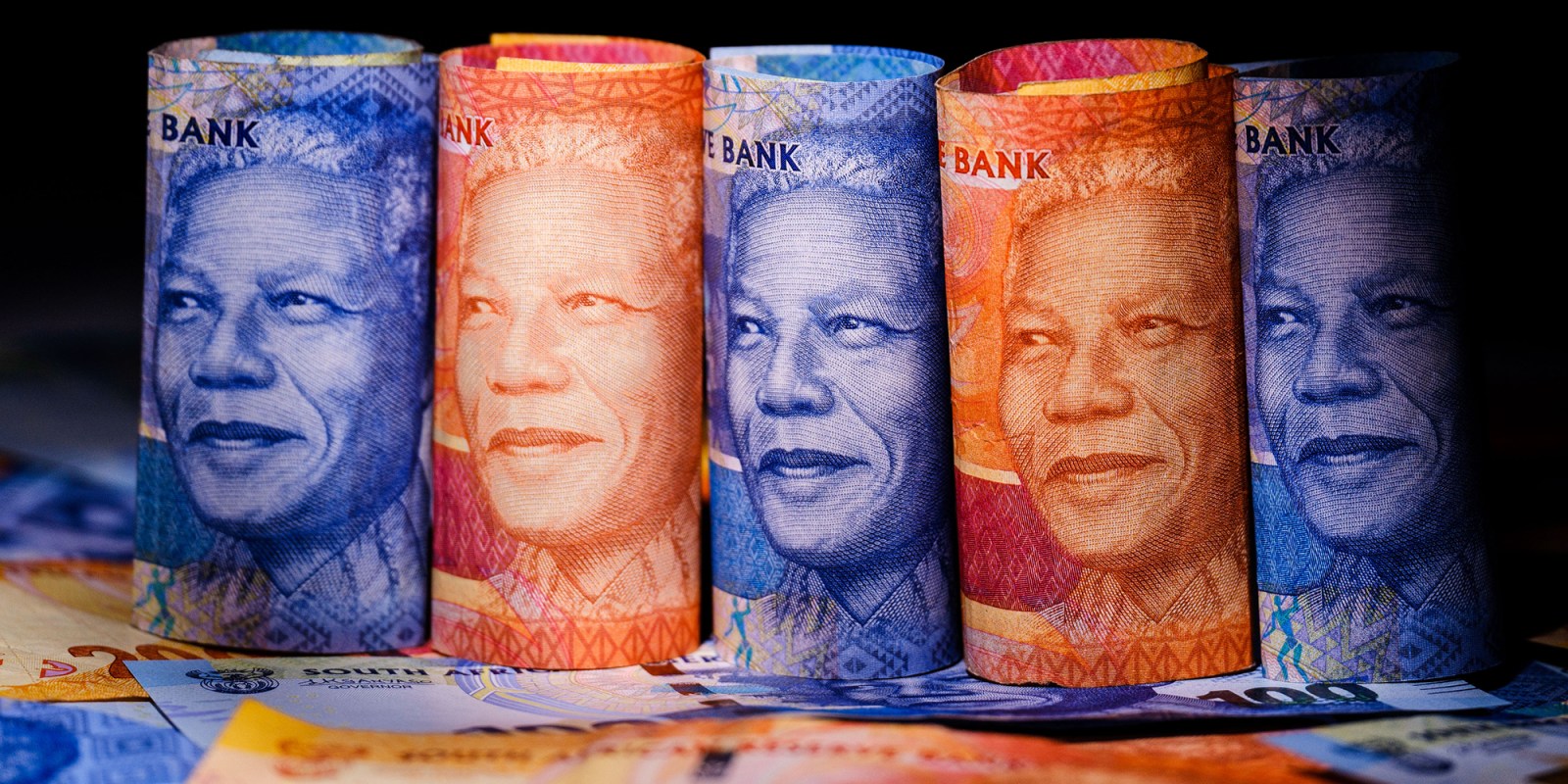 The hefty upturn in the commodity cycle is a key driver behind the rand’s bull run, and has delivered record South African current account and trade surpluses — a bright spot in an otherwise pretty glum economy. (Photo: Simon Dawson/Bloomberg via Getty Images)

The rand is back at pre-pandemic levels, reaching 16-month highs against the US dollar. This has been driven in large part by the commodity cycle and global interest rates and is hardly a reflection of the performance of the wider economy. South Africa’s economic output is decidedly not at pre-Covid levels.

The rand is back to around 14/dollar. The last time it was in this territory was January 2020. In April of 2020, as the initial hard month of lockdown was crushing economic activity, it shot past record lows of just over 19/dollar. So the rand, which turned 60 in February, has made quite a comeback. Not bad for a pensioner.

The rand’s rally has a number of positive spin-offs. For one thing, it means domestic interest rates are unlikely to be hiked any time soon. If anything, it gives the South African Reserve Bank (Sarb) cover, if it so chooses, to cut again after it took the chainsaw to rates last year.

The Sarb’s Monetary Policy Committee (MPC) holds its bimonthly rate deliberations next week. When the MPC had its previous meeting in late March, the rand was close to 15/dollar. Its performance will not be lost on the MPC. One area of concern to the central bank has been the rising oil price and its potential impact on inflation, which remains muted at 3.2%. A stronger rand makes dollar-denominated imports such as oil cheaper, and so it helps to counter the crude rally.

A rocking rand, by contrast, takes the shine off exports. But the prices being fetched currently for commodity producers are at such elevated levels that they can take it on the chin. Platinum group metals (PGM) prices, notably for palladium and rhodium, have gone through the roof. Rhodium’s price has reached almost $30,000 an ounce, according to data provided by chemicals and catalyst maker Johnson Matthey. Gold has cooled from record levels above $2,000 an ounce scaled last year but is still high by historical standards at well over $1,800 an ounce. Iron ore futures soared 10% on Monday to record highs.

This hefty upturn in the commodity cycle, as we have noted in Business Maverick before, is a key driver behind the rand’s bull run, and has delivered record South African current account and trade surpluses — a bright spot in an otherwise pretty glum economy.

“The past 18 months have… seen a classic rand cycle. It blew out completely when global markets panicked about the Covid-19 pandemic in March and April of 2020, falling to record lows against the stronger dollar,” Old Mutual Wealth Investment strategists Izak Odendaal and Dave Mohr said in an investor note on Monday.

“The recovery was almost as swift as the sell-off was brutal. Eventually it becomes too cheap to ignore, and investors start piling in as soon as the worst of the market anxiety passes. And once it gains momentum, traders smell a trend and it just snowballs. This particular cycle has seen a massive boost in the form of commodity prices, particularly platinum group metals and iron ore.”

There are other factors behind the most recent chapter in the rand’s saga. US jobs data released last Friday fell short of expectations, which knocked the dollar as it cooled the prospects of US interest rates rising to contain inflation in a buoyant economy. With the repo rate at 3.5%, South African rates are at historic lows. Rates in developed economies are much lower.

Politics have also played a role. Noting that the rand has been outperforming its emerging market peers, Nedbank said in an economic commentary on Monday that “encouraging signs that the ruling party started to take action against corruption within its ranks” helped the rand maintain its rally. So the domestic political cycle, which has turned against Ace Magashule and the RET faction in the ANC, has coincided with the global commodities cycle in a way that is rand positive.

This pattern also underscores the disconnect between financial markets and the wider economy. The rand is back at pre-Covid levels. The output levels of the South African economy, which contracted 7% last year, are still far short of that. DM/BM