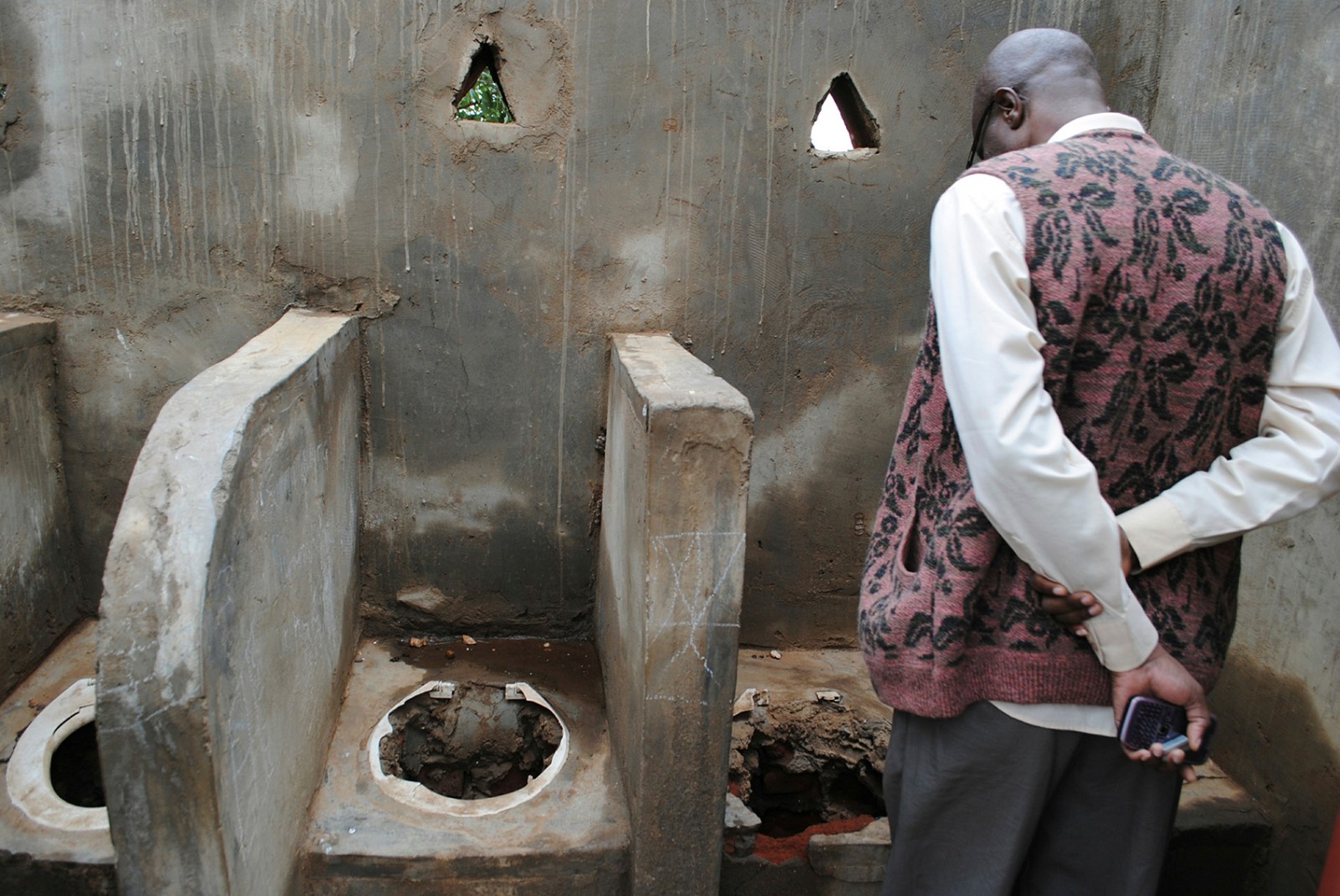 Hundreds of schools in Limpopo still rely on unsafe and unlawful pit toilets. But conflicting data sets make solving the problem near impossible.

Evidence suggests, however, that this is far from the truth and that pit toilets continue to persist at Limpopo schools. When you look at the data about the number of schools with pit toilets in the province, and the rate at which appropriate sanitation is actually being delivered, this promise (like many others before it) seems as flimsy as toilet paper.

It’s been seven years since five-year-old Michael Komape died after falling into an unsafe, unlawful, pit toilet at Mahlodumela Primary School in Limpopo. Section27 represented the Komape family in the case against the state in 2018, and although his family was awarded damages for grief and emotional shock by the Supreme Court of Appeal in December 2019, evidence shows that the scourge of pit toilets continues at hundreds of schools in Limpopo. But just how many hundreds of schools have unsafe sanitation remains unclear — data on the number of schools with pit toilets in the province are often contradictory or incomplete.

“The best interests of all learners at schools with pit toilets must take preference,” read Judge Gerrit Muller’s judgment. “The flagrant violation of their rights cannot be allowed to continue…”

But getting to grips with the extent of this “flagrant violation” is difficult. Take three sets of data from 2018 (two of which come from the same month) as an example: at the launch of the Presidential Sanitation Appropriate For Education (Safe) initiative in August of 2018, Basic Education Director-General Mathanzima Mweli reported that 507 schools in Limpopo relied solely on pit toilets, and 853 other schools had a combination of sanitation on school property, including unlawful pit toilets.

On 31 August 2018, the Limpopo Department of Education filed an affidavit with the Polokwane High Court to comply with their obligations to the structural interdict. This affidavit identified 1,658 schools with “sanitation needs” in the province. Of those, the affidavit stated, 1,489 schools had unsafe and unlawful pit toilets on the premises. Limpopo’s Infrastructure Norms and Standards report for 2018, however, contradicts Mweli’s presentation, stating that 765 schools in the province had pit toilets only. These three official sets of data from 2018 do not reconcile.

What could account for this increase in unsafe sanitation infrastructure in the province according to the National Education Infrastructure Management System? Maintenance is a huge challenge for rural schools, and declining real per-learner expenditure on education infrastructure limits the ability of provincial education departments and schools to upgrade or repair school sanitation.

One such example of this is the case of Kharivha Primary School in the Vhembe district of Limpopo. When four Enviro-Loos — “dry” toilet systems developed for areas without piped water — fell into disrepair because of lack of maintenance in 2000, the school governing body was forced to dig two new plain pit toilets for the school because it was all they could afford without immediate funding support from the government.

It’s unclear whether other schools have faced similar challenges and resorted to building unlawful new plain pit toilets. Kharivha was eventually provided with mobile toilets the day before schools reopened after the Covid-19 school closure — but mobile toilets are a temporary solution to a historical, systemic problem with school sanitation infrastructure.

Stating budgetary constraints, affidavits filed by the Limpopo Department of Education insist that the “plan” to abolish pit toilets in the province will only be realised as late as 2030. And true to form, progress has been slow, according to the data.

The Norms and Standards reports show that between 2017 and 2018, safe sanitation was delivered to 89 schools; between 2018 and 2019, 65 schools were provided with sanitation facilities. Many of the schools that have allegedly received age-appropriate and safe sanitation according to Norms and Standards reports are not captured in the progress reports the Limpopo Department of Education has filed with the court in compliance with the structural interdict.

What’s more, many schools that Section27 has contacted that still rely on pit toilets have not been flagged for urgent infrastructure delivery projects in the Limpopo Department of Education’s “plan”. Once again, schools may be slipping through the cracks because of inconsistent data capturing systems. When you compare the number of completed sanitation projects with the data provided by the Limpopo Department of Education on the number of remaining schools with pit toilets, it just does not add up.

While some schools might have been rationalised or merged during that time, the movement of learners from a school that has closed to another nearby school puts additional pressure on existing infrastructure at the merging school. The sanitation needs of those schools are likely to change in line with higher rates of enrolment.

Data is just one cog of many — including oversight and transparency, implementing agents and budgets — required to deliver infrastructure effectively. Section27 is returning to court to pursue the implementation of the structural interdict and make sure that school sanitation in the province is fixed, urgently.

One of our demands is an updated, independent audit of sanitation needs in the province’s schools. We are also calling for better oversight and reporting processes. Without accurate and regularly updated data, commitments like the one made by MEC Boshielo are nothing more than a toilet-paper promise.

And as our Constitution demands, learners are entitled to better — not at some vague point towards the end of the next decade, but immediately. DM/MC