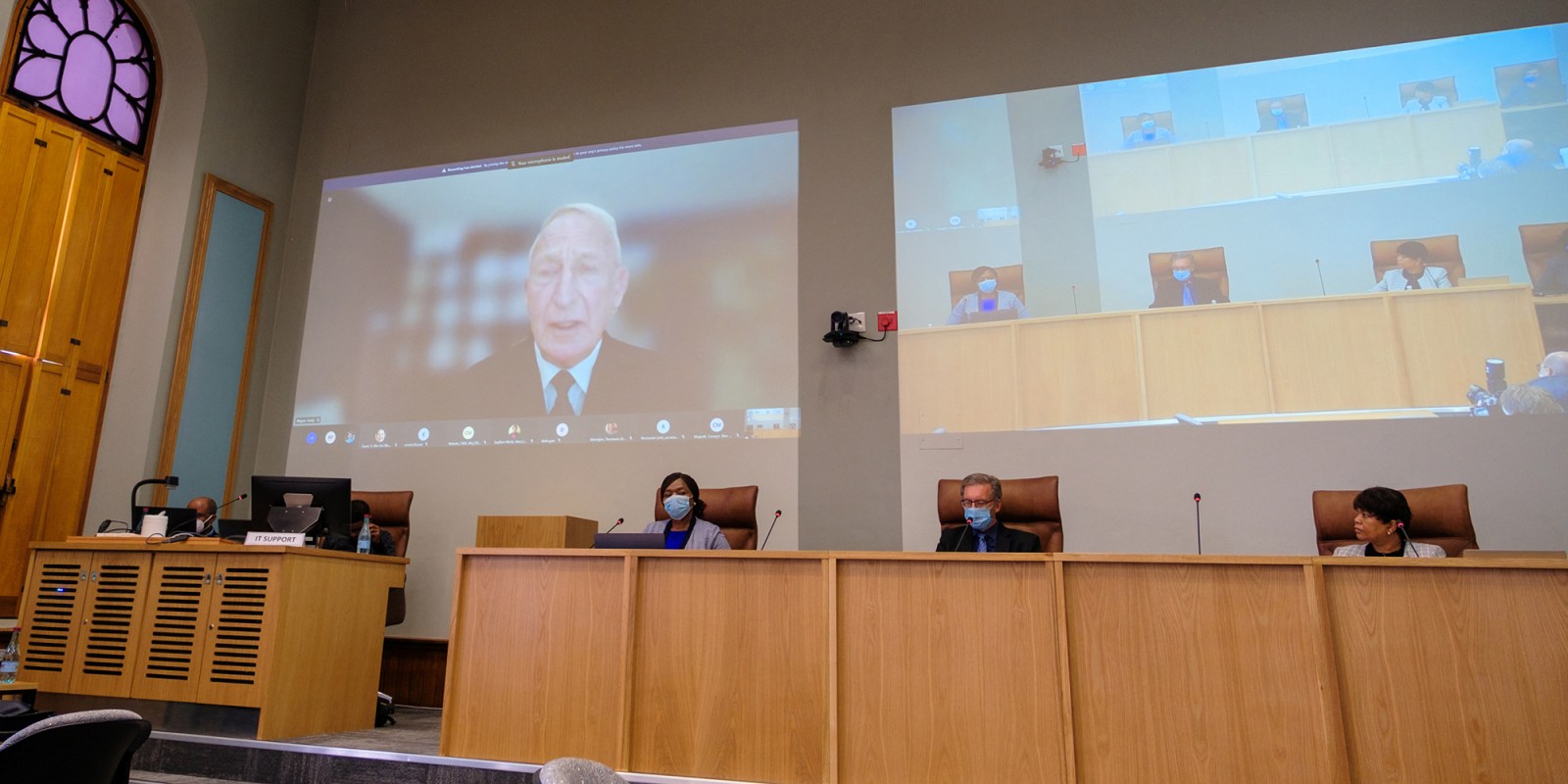 The South African Debt Crisis 1985/86 collection was donated to Stellenbosch University in 2020 and was opened on 7 May. The collection will now be housed in the university library's Manuscripts Section, Special Collections department. (Photo: Stefan Els)

An historic collection of documents housed at Stellenbosch University sheds light on details of negotiations between banks and political leaders, previously kept secret, that led to a resolution of the 1985/86 South African debt crisis and helped pave the way to democracy.

The South African Debt Crisis 1985/6 collection donated to Stellenbosch University’s library, records how the crisis was averted and includes details on the country’s transition to democracy, including that UK prime minister, Margaret Thatcher, gave former president PW Botha an ultimatum to stand down from his presidency.

The historical collection includes administrative correspondence between banks, detailed lists of banks contacted and debt amounts, press cuttings, as well as a letter by former president Nelson Mandela acknowledging the significance of the negotiations and parties involved.

Invaluable to the collection is the off-the-record remarks and reflections on the entire process of the crisis’ resolution, providing a unique narrative, Ellen Tise, the senior director of Library and Information Services at the university, said at the opening of the collection on 7 May.

The role of international sanctions in bringing apartheid to its knees is well documented. Yet, few have understood how key the resolution of the US$14-billion debt crisis was in facilitating change, said Sir Claude Hankes, who was the chairperson of the management committee of Price Waterhouse and Partners and the mastermind behind the negotiations, at the opening.

The collection comprises Hankes’ personal working papers resulting from secret negotiations held with banks, that ensued with Dr Fritz Leutwiler, the former director of the Swiss National Bank as an independent mediator, after several banks refused to deal directly with South Africa in light of its political turmoil.

Leutwiler worked with Hankes from his days as President of the Swiss National Bank and as President of the Bank for International Settlements. He asked Hankes to mastermind the strategy for him and asked Price Waterhouse and Partners to provide the infrastructure of the negotiations.

Hankes, a Knight Commander of the Royal Victorian Order, donated the collection of documents to the university in 2020.

“Locations of the meetings were kept secret, participants were kept informed at the very last moment. All meeting rooms were swept for listening devices,” Hankes said.

At the time of the 1985/6 negotiations there was a major withdrawal of foreign bank credit to South African banks and businesses, following a standstill on repayments of South Africa’s foreign debt by international banks.

“The papers now at Stellenbosch give for the first time an insight on these challenges, and how with the help of people – such as Anton Rupert and Harry Oppenheimer in South Africa – and the strategy … resulted in a lasting agreement,” Hankes said.

“The agreement was achieved by ensuring that all understood what was at stake and the economic and political reality [of the country at the time]. Many changes had and were taking place [in the country] but simply had not been recognised by the international community.”

Hankes added that after the successful outcome of the debt negotiations, it was British prime minister Thatcher and German chancellor Helmut Kohl who then asked Leutwiler to personally inform the former president Botha on their behalf that he needed to step down in order for South Africa to become a democracy and allow for the release of Nelson Mandela.

According to former public protector Thuli Madonsela, a law professor who holds the social justice chair at Stellenbosch University who was also present at the opening, the papers are just one interesting and important piece of the puzzle to understanding the road to South Africa’s democracy.

Undoubtedly, the collection will enrich research efforts in South African history, economic history, sociology, politics and government as it will shed light on the factors that led to the power shift in the country, Tise said. DM