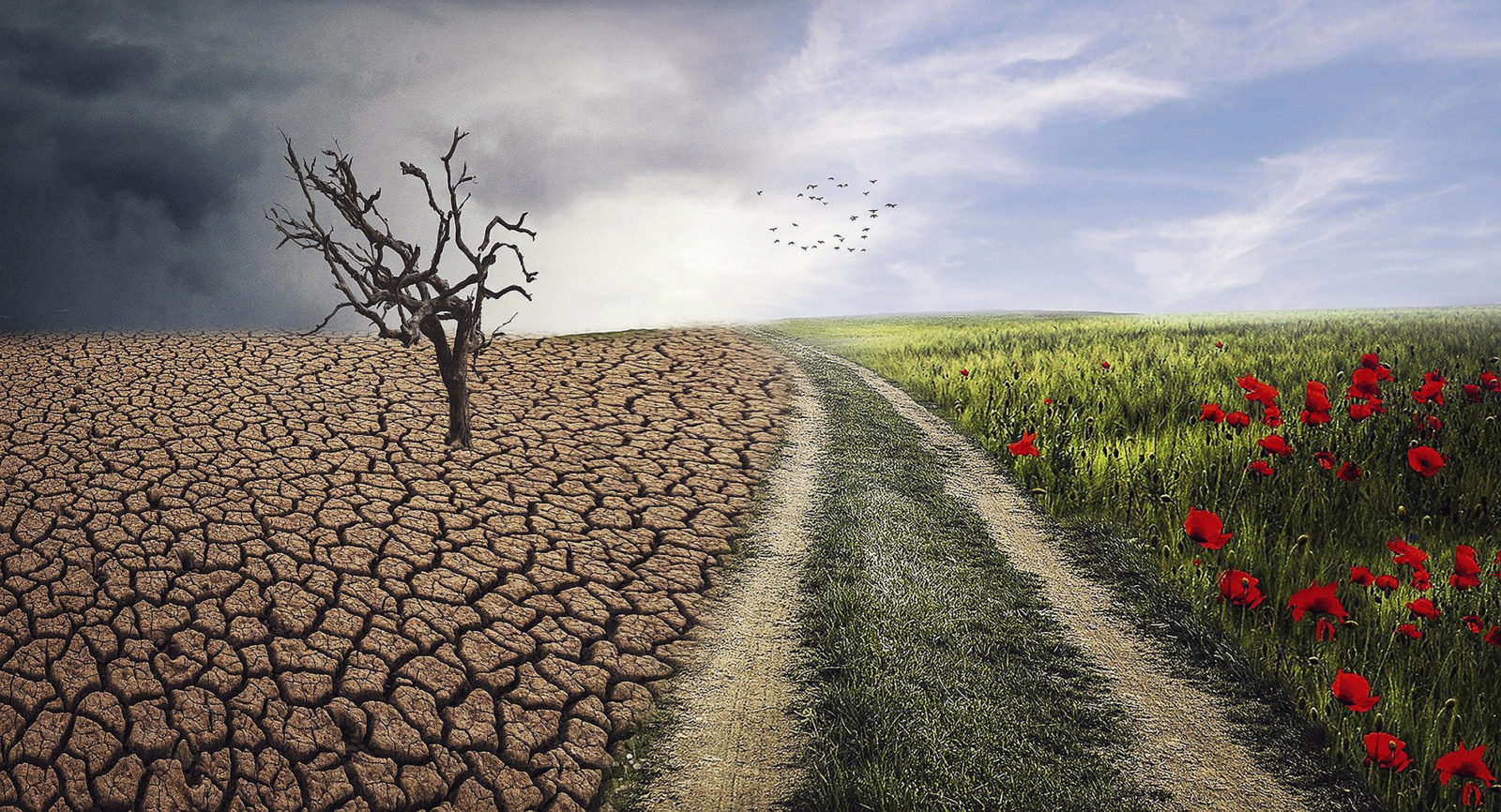 On 22 April, the world celebrated Earth Day. This should not have been another calendar event to express concern, share cliched nature images and retweet idealistic memes about our planetary home.

Dr Vishwas Satgar is an Associate Professor of International Relations at Wits. He is the principal investigator for Emancipatory Futures Studies in the Anthropocene and co-founder of the Climate Justice Charter process. He dedicates this article to Professor Bob Scholes, one of South Africa’s leading scientists, who passed away on 28 April 2021.

A few weeks before Earth Day, some of the world’s leading Earth scientists published an academic paper in a series of engagements on Earth’s Future: it is titled: Identifying a safe and just corridor for people and planet. A crucial premise for this intervention is the realisation that for the first time in human history we have to consider the real risk of a destabilised planet. This is an existential risk that will determine whether we have a home that can sustain life.

The paper contains a conceptual approach that will inform the scientific framework of the newly formed Earth Commission. Central in its thinking is identifying a set of safe and just conditions, together with a set of targets, for the Earth’s systems to meet human needs while reducing exposure to risks.

While there is room to debate the technocratic approach informing this framework, it does underline the urgency of action. In this regard, the choices we make now to address the worsening climate crisis, for instance, could either narrow or widen the corridor for just and safe human development. At all costs, we have to prevent a runaway ‘greenhouse earth’ which will be unlivable. These Earth scientists are asking us to choose a way of living on Earth so humans flourish and our planetary existence sustains all life forms.

On Earth Day, US President Joe Biden convened a climate summit with 40 world leaders. While sending an extremely powerful signal to the world that the US was taking the climate crisis seriously, this was largely informed by a reaction to Trump climate denialism, the urgencies of climate science, lived impacts of climate shocks (wildfires, hurricanes, flooding, for instance, impacting in the US), the strength of left voices calling for a Green New Deal in and alongside the Democratic Party, and a recognition that China had the upper hand on global climate diplomacy with its commitment to peak emissions by 2030 and achieve net-zero by 2060.

While Biden pledged to reduce emissions by 50% by 2030 (with most climate justice organisations expecting a 70% commitment, given the historical emissions of the US), there is not much that is clear about how this is going to be achieved.

Instead, we have to ponder the declaratory idea of “America is back” according to US President Joe Biden. This is about an assertion of US leadership. Within US policy and mainstream international relations academic scholarship this is either about a US hegemon, a powerful state, prevailing over the inter-state system and ending tendencies towards chaos or it is providing the basis for markets to organise the global economy.

Over the past few decades of US leadership of the world order, the power of finance, it has unleashed, has pushed the world into wrenching inequality, weakened market democracies, produced resource peaks and has contributed to the onset of catastrophic climate change.

Since the advent of the UN multilateral negotiations on the climate crisis, in the early 1990s, the US has failed to embrace a genuine, just and effective regulatory approach to resolve the climate crisis. The US has instead turned its back on Earth and consistently defended a wasteful, resource-intensive and ecologically destructive American way of life. It has done this at the expense of the poorest countries, those at the margins of the world system and non-human nature.

The American way of life is anti-Earth and if Joe Biden is going to make a difference, beyond playing geopolitical games, then he has to tackle the root causes of the climate crisis producing the rupture in the Earth system.

He has to choose Earth.

South Africa’s President, Cyril Ramaphosa, participated in the Biden convened Earth Summit. His speech betrayed a government out of touch with the climate crisis. He vaunted the Nationally Determined Commitments (NDC) for emissions reduction as part of South Africa’s commitments to the Paris Agreement. However, this document is supposedly still meant to be up for public engagement and revision. Thus making the consultative work of his Climate Commission farcical.

Many climate justice public positions coming to the fore on the NDCs reveal deep opposition to these policy commitments. For the Climate Justice Charter Movement, while the NDC document acknowledges that southern Africa, including South Africa, are heating at twice the global average, the implications and urgency of this are not fully internalised by government.

The recently deceased Professor Bob Scholes and his team at the Global Change Institute (Prof Coleen Vogel and Prof Francois Engelbrecht) developed a Climate Science Future for South Africa document (formal title: Climate Change — Effective Action Based on Enhanced Understanding which is available here). It cautions us that further heating means: we are becoming hotter and drier, more extreme weather shocks will be experienced, at a 3℃ increase (likely this decade for the region) heat will challenge maize crops and the cattle industry, more intense and longer duration droughts will register and we face severe floods and sea-level rise.

Consistent with this analysis they caution against inaction, given that impacts on the economy will mean greater economic fallout and increasing climate-related costs.

President Ramaphosa and his government’s NDCs are not consistent with the urgency of climate science and do not appreciate that South Africa has to be on a climate emergency footing. The government does not appreciate that to prevent dangerous climate change and its impacts requires greater ambition. This also reveals that “net-zero” for 2050 is a politically determined target and is uninformed by climate science.

These obvious carbon “lock ins” render the NDCs fraudulent. South Africa needs leadership committed to a rupture with a carbon-based economy, given the urgency. Ramaphosa cannot plead for international assistance when the underlying commitments of his government are worsening the climate crisis

Ramaphosa’s government has to also put forward a fair contribution to ensuring emissions reductions in relation to Africa. South Africa has had a century of extracting and burning coal. Sub-Saharan Africa, according to the World Bank, on average produces only 0.8 tonnes per person per year of CO2 emissions compared with a global average of 4.8 tonnes. South Africa is twice the global average.

The carbon footprint of the wealthy is really at the heart of South Africa’s carbon emissions, according to a recent study done by Oxfam. South Africa owes Africa and the world a carbon debt. Addressing this does not mean foregoing responsibilities in terms of jobs, ending hunger, poverty and inequality. This is what the Climate Justice Charter is all about in terms of decarbonisation, systemic transformations and state capability building as part of a deep just transition. The Climate Justice Charter chooses Earth, life and a just future.

Despite being handed to Parliament on 16 October 2020, together with the Climate Science Future document prepared by Professor Scholes and his team, and with demands from communities to end pollution, hunger, water stress and climate harm, there has been no response. The Ramaphosa regime is essentially denying our democratic right in the Constitution, section 234, which provides for charters to be adopted to complement the Constitution.

We will be returning to Parliament on 16 October 2021. DM/MC