Lions squad announcement is a ‘marker’ for Bok coach Nienaber 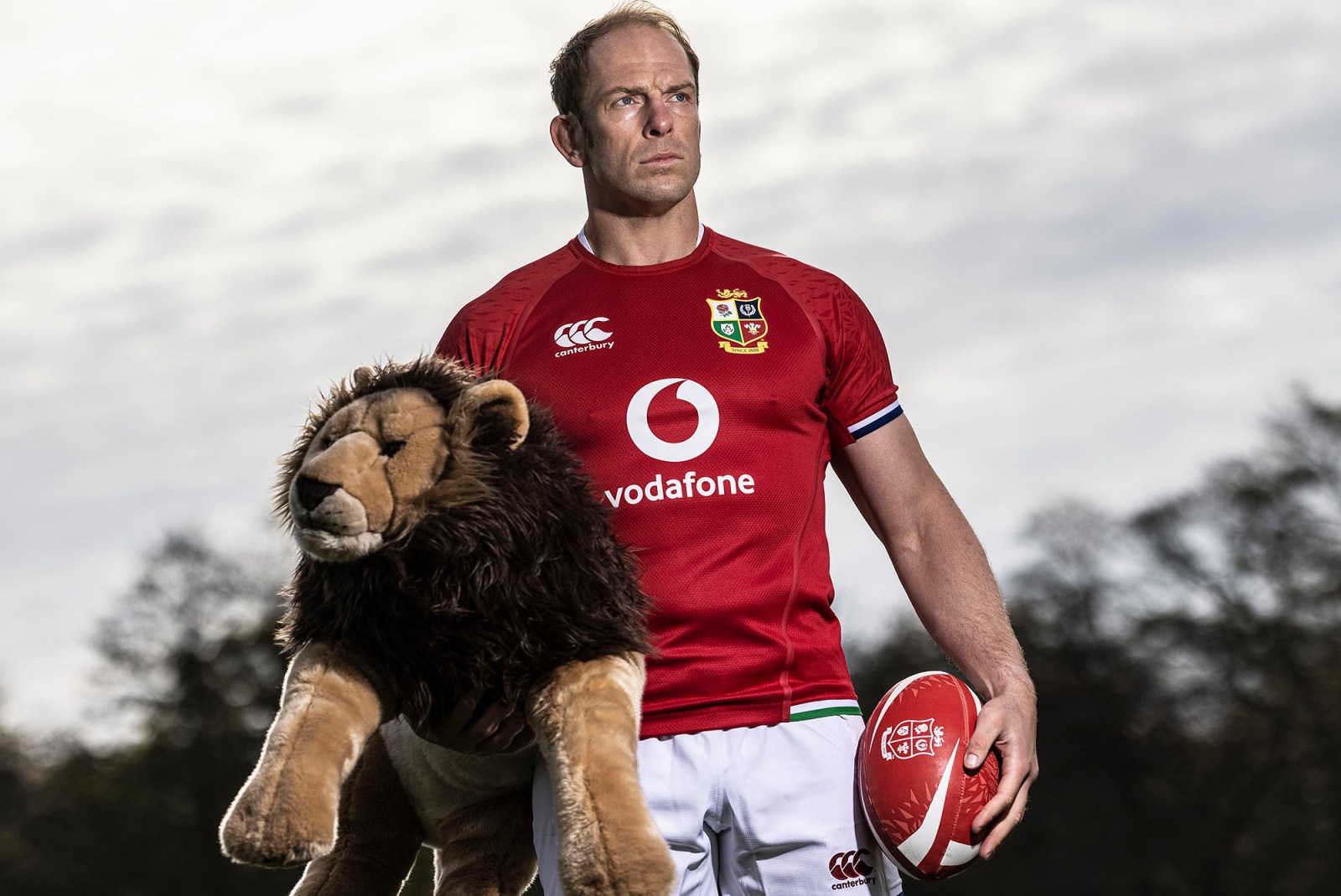 Alun Wyn Jones, captain of the British & Irish Lions, at the squad and captain announcement on 6 May 2021 in the UK. The Lions will tour South Africa in July. (Photo by Dan Sheridan - Pool/Getty Images)

After months of angst and uncertainty, the naming of the 37-man British & Irish Lions squad to tour South Africa in July has given the country a little renewed hope and set a marker for Springbok coach Jacques Nienaber.

When the Springboks famously won Rugby World Cup 2019, beating England 32-12 in the final in Yokohama, no one knew that more than 500 days later they would still be waiting for their first outing as world champions.

No one knew then either that the Boks, who had built their final success on creating hope for the country, would be tasked again with giving hope to a struggling nation.

The coronavirus pandemic has cost thousands of lives and jobs. It has crippled the economy and will leave citizens with a massive debt that future generations will have to pay. There is a sense of hopelessness at times, but if there is one small ray of light it will be that Siya Kolisi’s Springboks take the field in the biggest series outside of World Cups.

Sport is just sport in the greater scheme of things, but it has proven many times in South Africa that it can unite and inspire people to perhaps make a small gesture to another person that they otherwise might not have.

The Springboks versus the British & Irish Lions won’t solve South Africa’s problems, but it will help us endure them.

When Warren Gatland named his 37-man touring party on Thursday, it finally felt like the green light had come on. The tour is real and it’s happening, albeit in a guise and under conditions never before seen.

“The announcement of the Lions squad was a marker in the ground in terms of international rugby coming back to South Africa, which is phenomenal for us, because we’ve been out of it for a while,” Nienaber said in reaction to the Lions announcement.

The Boks will play a minimum of one warm-up Test – against the USA – although that has yet to be confirmed. They will be underprepared for the series, but that is the reality of the world in which they operate. At least there is domestic provincial rugby in the form of the Rainbow Cup SA and many of Nienaber’s players are also competing in Europe.

There might be a slight lack of cohesion but no lack of match readiness from the Bok team when they finally clash with the Lions for the first time since 2009.

Nienaber now knows the personnel his team will encounter and he and his staff can begin more player-specific analysis and scenario planning for the prestigious series.

Under Gatland the Lions will be formidable. The New Zealander is a former Wales coach who masterminded four victories over the Springboks during his 12 years in Cardiff.

Gatland’s trusty old Wales warhorse, Alun Wyn Jones, will lead the Lions, making him the fifth consecutive lock to captain the tourists in South Africa, going all the way back to Willie John McBride in 1974.

Gatland’s squad is peppered with newcomers and old heads, as well as versatile players such as Courtney Lawes and Maro Itoje who can play flank and lock, or Eliot Daly who covers wing, fullback and centre. There are excellent goal kickers and great athletes.

Naturally, with only 37 places available, Gatland omitted some key players, perhaps none more so than Ireland flyhalf Johnny Sexton. Current La Rochelle coach and former Ireland and Lions flyhalf Ronan O’Gara was critical of the move. Speaking on the Irish rugby podcast Off the Ball, O’Gara believed it was a mistake on Gatland’s part.

“Sexton has every reason to feel disappointed. His goal kicking is as good as it has ever been and he is the man for the big occasion. He is invaluable in your 23,” O’Gara, whose club side will play in the European Champions Cup final next week, said.

But Gatland has been a hugely successful coach, as his record shows. His teams are resilient, tough and skilful – attributes he has forged with the Lions in his previous two tours as head coach in 2013 and 2017, to Australia and New Zealand respectively.

Under Gatland, the Lions beat Australia 2-1 and drew 1-1 against the All Blacks. In the Test arena, Gatland’s Lions have three wins, two defeats and a draw. Considering the standard of the opposition, it’s an impressive record.

“One thing I do know about Warren is that he will do his homework,”  Nienaber said. “If you look at the recent past, the Welsh were a team that we always struggled against. We had one win [against them] since the 2015 RWC quarterfinal, which was the 2019 RWC semifinal in Japan.”

Nienaber has been a frustrated coach as the months have ticked by. Locally, he has watched teams play in Super Rugby Unlocked, the Currie Cup and Preparation Cup.

Despite some sporadic moments of excellence, the standard of rugby in those tournaments through the height of summer was underwhelming. Publicly Nienaber never criticised the players or teams, but privately he must have harboured some concern.

Last week South Africa’s leading four teams started the Rainbow Cup SA and the intensity was a little higher and the matches had much more edge to them. It was a timeous upward tick in form and preparation with the Lions looming.

“If you look at last weekend’s Rainbow Cup action then you will see that the intensity went up a notch,” said Nienaber. “I must say we have a nice relationship with our franchises, allowing us to meet the players just to align ourselves again.

“And the pleasing thing for me was to see how the players are working on and improving on the things we spoke about during those alignment camps.

“I think we have fewer than 80 days before we play the Lions and the coaches and players have to utilise every second of that time to make sure we are well prepared for the series.

“The Lions series is a special occasion that might only come once during the career of a professional rugby player. I know for a fact there are certain players who have postponed their retirement because the tour was two years down the horizon. All the stars are aligned for a great series.” DM