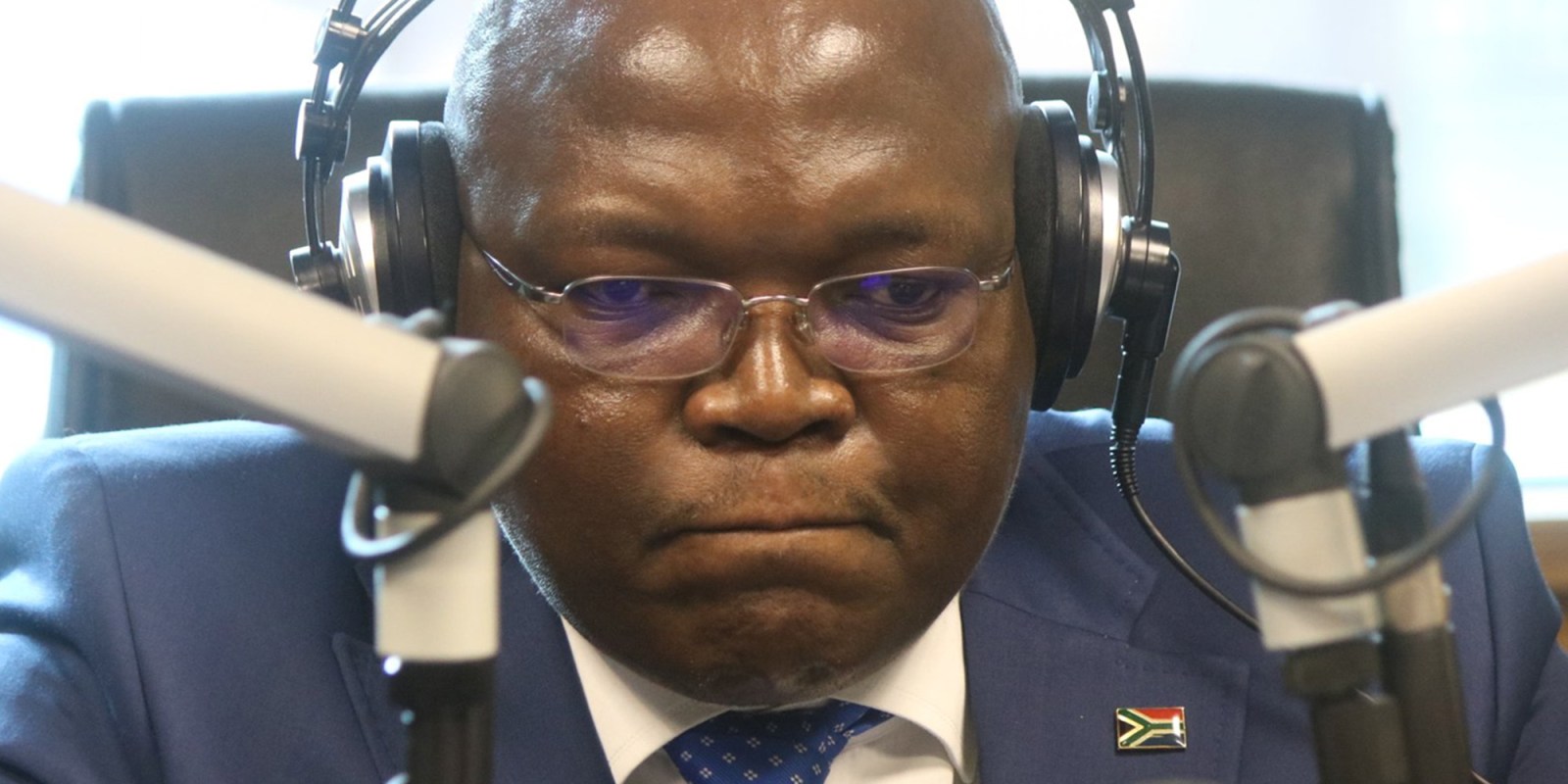 Ace Magashule had already been Free State premier for four years when Ralikontsane was appointed director-general in September 2013, who requested to appear before commission chair Deputy Chief Justice Raymond Zondo to deal with allegations of corruption in relation to a student bursary programme.

Evidence leader advocate Veruschka September probed Dukwana’s suspicion that the international scholarship programme run out of the Office of the Premier was being used to take money out of the country.

Dukwana alleged there was no verification done on whether all the students being paid actually existed, that children of politically connected people in the Free State were benefiting, and no proper due diligence was done on the institutions students were being sent to.

The constrained evening slot provided little leeway for September to build a case, and she was further hampered by being unable to use “critical” evidence provided to the legal team last week as there had not been an opportunity for Justice Zondo to have read it.

September said the “little bundle” contained “critical evidence” in the form of emails, “some letters” and a transcript.

These had been sent to Ralikontsane and his legal team on Monday, and rule 3.3 notices advising six people that the evidence might implicate them had been sent out on Tuesday, but Zondo was not willing to allow documents he had not seen, and which no witness had testified about, to yet be placed in public.

“I don’t know what is in there,” said Zondo, who advised September to ask Ralikontsane to prepare an affidavit so the issues could be dealt with from there.

This left September little backup for her questions on the Free State bursary programmes.

She established that from 2000 to 2014, the province’s bursary programmes were only for funding studies at South African institutions, primarily at the University of the Free State and the Central University of Technology.

Ralikontsane said the granting of bursaries was centralised in the education department but “around 2017”, the bursary programme for students who were not employed by government was “centralised to the Office of the Premier”.

This was to allow the department of education to focus on its core function, as “the portion of education for non-employees was almost seen to be a burden in terms of the focus education was having”, he said.

This elicited chuckles from Zondo, who found it “interesting”, given bursaries were all about the core function of education.

Ralikontsane said the bursary policy was amended in 2014 to allow international studies, but only signed in 2016.

Zondo, seemingly keen to move matters along after a long day on the Bench, largely took over, interrogating the legal basis for providing international bursaries with no policy in place prior to 2016.

Ralikontsane’s explanation that section 77 of the public service regulations empowered the relevant head of departments to take decisions consistent with a resolution made by the executive council seemed, after some interrogation, to be satisfactory.

But then September raised the fact that section 77 in the regulations was also only promulgated in 2016.

At this point Ralikontsane floundered, saying he did not have information to “immediately answer the question”, and his legal representative, advocate Tebego Manye, jumped in, stating that his client was not implicated as Dukwana’s affidavit was only speculative.

September then tried to home in on a non-profit organisation set up to administer the bursaries, and questioned the source of the funding.

Ralikontsane said the NPO was set up in 2010 to help deserving students who did not qualify for a bursary but were indigent. He said the NPO was a government initiative and comprised officials from the social development department, “outsiders” and “people from the banks”. This board decided bursary awards, with funds raised through donations, with the banks also contributing.

He said it started off being called Friends of the Poor, changed to Operation Hlasela, and then became Friends of the Free State, but it stopped operating in 2018.

This led Zondo to question if former premier Magashule had been behind it as it seemed it stopped operating at about the same time he stopped being premier.

The director-general’s answer was “not necessarily, chair”, saying in 2018 a decision had been taken to reduce the budget and allocation to students and also to stop allocating international students.

He said he had no knowledge of evidence previously presented to the commission that businesses or individuals who received government contracts were asked to give kickbacks in the form of funding for the students.

“So far, very little or anything that goes into what I’m looking for. The main thing was to give Mr Ralikontsane’s explanation of how the bursaries happened,” he said.

He reminded September that whatever evidence she and her team had, they could put it to Ralikontsane and he could depose an affidavit in response.

The commission will continue on Monday, 10 May.