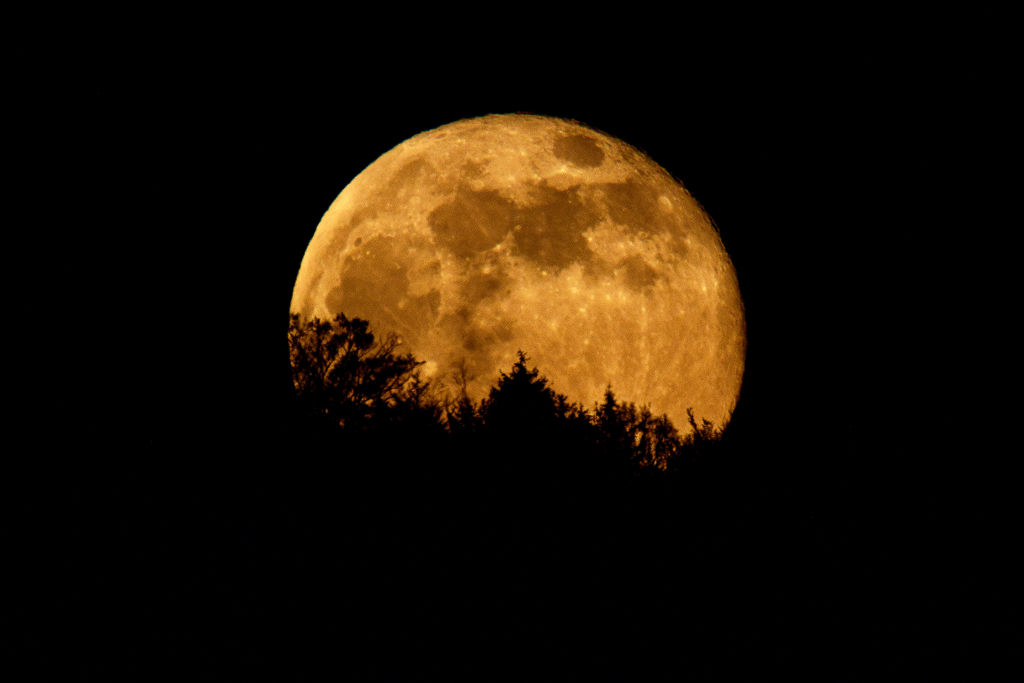 In South Africa the Foundation for Space Development is developing what it calls Africa’s first mission to the moon, the Africa2Moon Project.(Photo by Matthias Hangst/Getty Images)

Can Africa avoid getting sucked into the 21st-century space contest, or should it also reach for the stars?

Space powers or aspirant space powers like India, China and Turkey long framed their space ambitions as purely developmental. But they’re now jostling among themselves and with pioneer space-farers like the US to beat each other to the Moon or Mars. This is as much for the sake of national power and prestige as it is to boost development.

Where does this leave Africa? Is outer space the next terrain of a new Cold War-style proxy contest for allegiance and influence in which African countries will again be pawns in a power game — or be left behind? Should African countries join the race to stake a claim in what some analysts see as a new age of extra-terrestrial colonisation?

Temidayo Oniosun, who heads the Nigerian analytic and consulting company Space in Africa, said 12 African countries already had space programmes, and a further eight were busy establishing them. The African Union will soon launch its long-envisaged continental space programme, which will pool member states’ resources, he told a webinar at Washington’s Center for Strategic and International Studies (CSIS) on 30 April.

African countries have launched over 40 satellites to date, and Oniosun says they’re expected to send up about 80 more by 2024. The 12 countries with space programmes have spent over $4-billion on these programmes, mostly on satellites. In 2019 alone, African countries spent about $800-million on satellite projects. The total space budgets of countries on the continent increased by almost 50% in the past three years to $503-million.

CSIS Africa director Judd Devermont noted that sceptics suspected these were vanity projects — or opportunities for corruption. Yet they had valid developmental goals, such as boosting agriculture, disaster management, remote sensing, climate forecast, banking and finance, defence and security. Africa expects that its investment in space programmes will increase the application of space tech to job creation, poverty reduction, sustainable resource management and rural development.

And Africa’s space partnerships with foreign space agencies and companies are also increasing. Kenya’s defence secretary Monica Juma told the CSIS webinar about her country’s long and fruitful collaboration with Italy, including the launch and landing of satellites at Kenya’s Luigi Broglio Space Centre near Malindi.

Oniosun said Turkish president Recep Tayyip Erdoğan this year announced that Turkey would build a launchpad for its planned first moonshot in 2023 in Somalia. Both Italy and Turkey have chosen African partners straddling the equator because this location provides extra launch speed to get into orbit.

Juma said, ‘It is clear that space has become the next frontier of human development. This reality is a sea change from a point where for a long time space science was seen as a preserve of defence and intelligence sectors and institutions.’

But is the space arena really that benign and idealistic? Not quite, Todd Harrison, head of the CSIS Aerospace Security Project, suggested at last week’s seminar. The current global space race is very different from the contest during the Cold War between the US and the Soviet Union to put someone on the moon first, he said.

Today’s space race was a multipolar competition including commercial and civil missions “and the moon is a destination but not the prize.” The real prize was international partnerships, building coalitions for science and exploration and commerce in space “that can translate to better engagement and influence here on Earth”.

“And Africa is a key element in this competition,” Harrison added. He said the National Aeronautics and Space Administration (NASA) gave the US a strategic advantage in this space competition. The US wanted to maintain its leadership position in space to establish positive and inclusive norms of behaviour there, Harrison said. Yet countries like Russia and China were trying to build an alternative coalition of nations to retake that leadership mantle.

Harrison said the US should be getting African nations and others to choose to partner with it, particularly on NASA’s Artemis Accords. These are a set of 10 principles for peaceful cooperation in the growing global flurry of efforts to return to the moon.

Klinger was sceptical of the ‘space race’ characterisation as it evoked too much of the Cold War contest between the two superpowers “which had fundamentally different goals with respect to outer space.” These varied from what was now happening in Africa “where collaboration and cooperation are the norms… not only among Africans but in their international partnerships.”

She noted that during the Cold War, Africa had been the site of proxy wars and had been framed as a pawn of global politics. Today, Africa’s space activities were being driven and financed mainly by Africans themselves. This wasn’t about countries of the global north doing or giving things to African leaders in exchange for ideological alignment or geopolitical allegiance.

Klinger suggested the US was being inconsistent in advocating for norms of good behaviour in outer space, such as through the Artemis principles. She noted that joining the accords was by invitation.

And Washington’s creation of a Space Force and its 2011 Wolf Amendment, which restricted NASA from cooperating with China, were contrary to the letter and spirit of the 1967 Outer Space Treaty. This committed the US, China, Russia and 130 other signatories to collaborate and “not to militarise, weaponise or privatise” outer space.

All this suggests that Africa should keep its head down and avoid being sucked into an acrimonious space race among major global powers. But will that be possible or even desirable? Should it join the race?

Kenya’s Juma told the CSIR webinar, “We aspire to be a space-faring nation by 2030.” In South Africa the Foundation for Space Development is developing what it calls Africa’s first mission to the moon, the Africa2Moon Project.

African Peer Review Mechanism Executive Director Eddy Maloka has suggested that having been the big loser in the last epoch of colonisation, Africa shouldn’t be in the next. He told a webinar at South Africa’s international relations department last year that outer space was now being weaponised. “The race for the colonisation of the moon and Mars is on … Once other nations reach the moon and Mars without us, the 21st century will be gone and lost for Africa.”

Melodramatic, certainly. But what he implies is perhaps less so — that Africa should at least be partnering with others to join what is an irrevocable 21st-century space race. DM