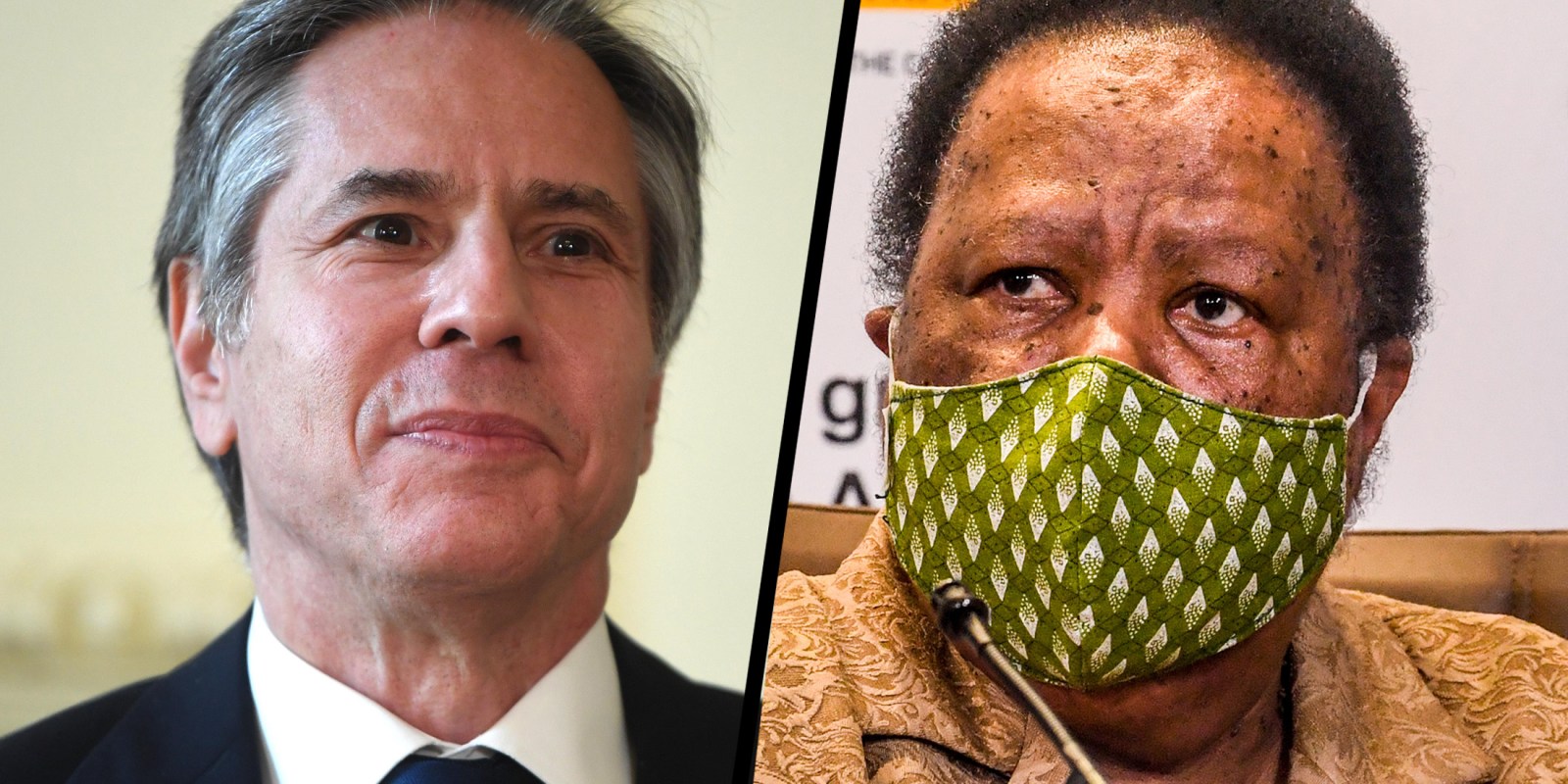 International Relations and Cooperation Minister Naledi Pandor and US Secretary of State Antony Blinken have agreed on the need for the US and South Africa to cooperate in addressing the Islamist insurgency in Mozambique’s northernmost province of Cabo Delgado.

Pandor and Blinken also agreed on the need to expand Covid-19 vaccine production, at a meeting on the margins of the G7 foreign and development ministers’ meeting in London on Wednesday.

Until now the US has strongly opposed the moves to suspend intellectual property protections for pharmaceutical companies. But late on Wednesday, Katherine Tai, the US trade representative, announced the administration’s about-turn.

“This is a global health crisis, and the extraordinary circumstances of the Covid-19 pandemic call for extraordinary measures,” she said. “The administration believes strongly in intellectual property protections, but in service of ending this pandemic, supports the waiver of those protections for Covid-19 vaccines.”

The US about-turn, however, apparently failed to change the minds of the other G7 countries at their meeting on Wednesday. In their communique after the meeting, they pledged to step up their efforts to ensure equitable access to Covid-19 vaccines for all countries, but appeared to stop short of supporting the waiver on medicine patents.

Instead, the G7 ministers emphasised that their governments would work with industry to encourage and support the manufacturing of Covid-19 medications under contract “on a voluntary basis and on mutually agreed terms, including licensing, technology and know-how transfers…”

What the G7 governments seemed to have in mind were the voluntary licences to produce vaccines that AstraZeneca has granted to India’s Serum Institute and Johnson & Johnson has granted to South Africa’s Aspen Pharmacare.

In a separate meeting with her European Union counterpart Josep Borrell on Wednesday, Pandor addressed the Mozambique insurgency, the pandemic and Zimbabwe.

In their communique, the G7 ministers urged the Mozambique government to hold accountable those responsible for human rights abuses in the insurgency and also to address humanitarian needs and the root causes of the violence.

The G7 ministers welcomed “timely consideration of international support” in fighting the insurgency.

This was an apparent reference to Maputo’s delayed acceptance of offers of support from the Southern African Development Community (SADC), Portugal and the US.

SADC has proposed to deploy a military force of nearly 3,000 troops, armed with helicopter gunships and navy vessels. However, a SADC summit to consider the report was postponed from 29 April and no new date for the meeting has been announced.

“We urge Mozambique to hold accountable those responsible for human rights abuses and violations in Cabo Delgado,” the G7 communique also said. This was an apparent reference to a recent Amnesty International report which accused Mozambique security forces, the Islamist insurgents and a private military company supporting Mozambican forces, of committing abuses against civilians in Cabo Delgado.

Blinken’s office said he and Pandor “underscored the need to expand global Covid-19 vaccine production and to cooperate on climate ambition and regional security issues such as the ongoing violence by Isis-Mozambique.

“Secretary Blinken conveyed the importance of multilateral organizations in addressing humanitarian and human rights crises, including in Ethiopia’s Tigray region,” his office said. Blinken and Pandor had also reiterated their commitment to hold a bilateral strategic dialogue between South Africa and the US.

The EU said Pandor and Borrell had discussed peace and security, the Covid-19 pandemic in southern Africa and their plans for ensuring universal and equitable access to Covid-19 diagnostics, treatments and vaccines.

The two ministers also discussed preparations for the Climate Change Conference of the Parties (COP26) in Glasgow on 1-12 November 2021 and ways to increase trade and investment.

Borrell had also expressed the EU’s readiness to support South Africa in its transition towards a net-zero carbon economy by 2050. They also discussed Mozambique and Zimbabwe.

The G7 ministers’ communique said the seven countries and the EU had reaffirmed their commitment to work with developing partner countries, especially in Africa, “to achieve a green, inclusive and sustainable recovery from Covid-19, aligned with the 2030 Agenda and the Paris Agreement, including urgent equitable access to vaccines, therapeutics and diagnostics”.

The G7 ministers’ meeting was held to prepare for the G7 summit in Britain in June. The G7 is a club of wealthy countries — the UK, US, Germany, France, Japan, Canada and Italy — that meets annually to discuss global problems, mainly economic.

Britain invited South Africa to the summit mainly to contribute to a discussion about dealing with Covid-19. This acknowledged President Ramaphosa’s success in mobilising African countries to combat the pandemic when he chaired the African Union in 2020.

India, Australia and South Korea were also invited to the summit. DM