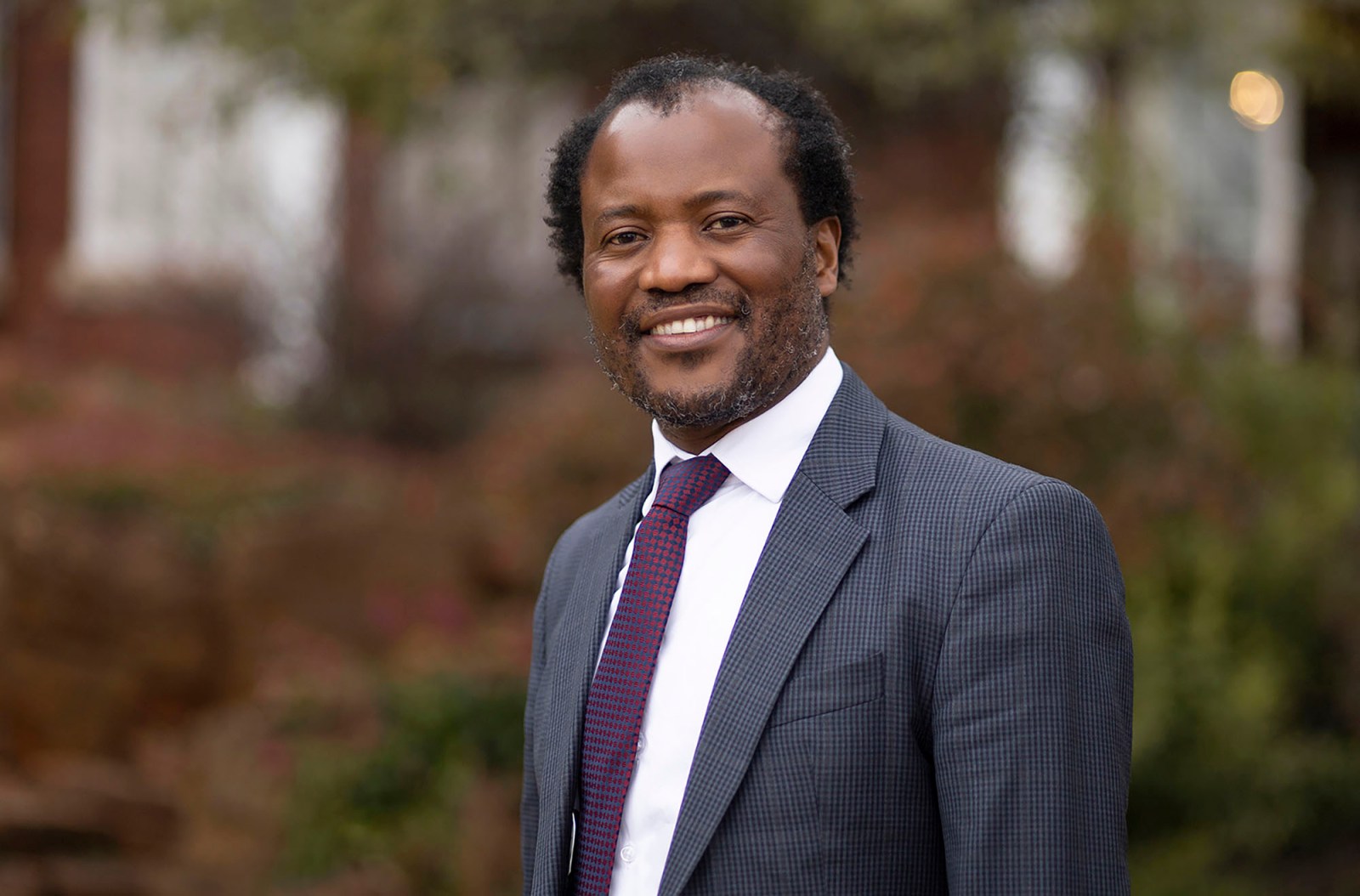 Professor Zeblon Zenzele Vilakazi has big plans for Wits University during his tenure as vice-chancellor of Wits University but cautions that South Africa needs to strengthen other streams of post-school education besides universities.

When starting a new job, most people have the luxury of a few days, sometimes weeks to acclimatise to the role and the demands of their new responsibilities.

Professor Zeblon Vilakazi, the new Vice-Chancellor of Wits University, was not so lucky.

His baptism of fire into his new role began almost immediately when Wits had to postpone his official inauguration as the university’s new head at the height of student protests in early March.

“The last four or five months I’ve been in office had (many) ups and downs,” Vilakazi said in a video conference interview with Daily Maverick on Wednesday, 5 May.

Earlier in 2021, Wits University was at the centre of nationwide student protests that began in March against the financial exclusion of students with historical debt.

The scenes that unfolded at the university’s Braamfontein campus bore a resemblance to the #FeesMustFall protests of 2015 t0 2017, except this time a man, Mthokozisi Ntumba, died — allegedly at the hands of armed police officers who were dispersing students using rubber bullets.

“This caught me at a time when I was trying to settle into office. Almost six weeks into my tenure, protests happened. I have to admit I was surprised,” Vilakizi said.

He was the university’s deputy VC for research and postgraduate affairs when #FeesMustFall erupted. In interviews in the lead-up in 2020 to the beginning of his vice-chancellorship, he admitted that the university could have handled the protests differently, and perhaps better, seven years ago.

Just months after the recent flare-up, he maintains his stance: “We can all handle these situations better. I think that the quick resort to protest before exhausting all avenues as well is not a solution. Protest is one of many means of having your grievances heard”.

Vilakazi was installed as the 16th vice-chancellor and principal of Wits University at a hybrid ceremony held at the Solomon Mahlangu Hall on 29 April.

Wits, like most of South Africa’s universities, faces a financial quandary as, on the one hand, debt owed by students grows every year, while on the other, there is slow action to change and implement a viable funding policy by the government.

The chief executive of Universities South Africa (USAf), Professor Ahmed Bawa, told the parliamentary portfolio committee on higher education in March that historical debt is estimated to stand at R14-billion, but could be much higher.

“Some of the issues that were brought to our attention are not Wits issues,” he said, addressing the ballooning student debt. “They are national issues. And therefore the university can’t just alone be the solution to some of our national issues,” Vilakazi said.

According to him, the call by many student representative councils (SRCs) at universities across the country to scrap historical student debt is populist and makes no financial sense.

The 51-year-old nuclear physicist was born in Katlehong, Ekurhuleni and is the youngest of a family of eight.

As a child, he never imagined he would be a scientist until he watched the launch of the Space Shuttle Columbia in 1981 —  the first shuttle voyage to space.

“Growing in the time and place that I grew up in, the 1980s, given the history of the time there were not many options available. Either you had to be a doctor (and most doctors were male then), a nurse, a teacher or an administrator. Those were the kinds of professions you could choose from,” he said.

And just like any other youngster at the time, he wanted to be a soccer player or boxer. “I liked boxing. It was and still is my favourite sport. I grew up in the era of Muhammad Ali and Joe Frasier. That was maybe a dinner topic at the time, apart from politics,” he says with a soft grin.

He recalls how the clear starry sky at night would inspire his imagination and spark his interest in science.

“I knew there was something called science. We knew about the Apollo missions. People spoke about them and the man called Neil Armstrong who went to the moon…

“There was not much lighting in those days, so you could see the night sky clearly without the pollution. And that would inspire my imagination. That broadly sparked my interest in science. Then I wanted to be an astronaut or a pilot”.

He was one of the first students in Africa to conduct PhD research at the European Centre for Nuclear Research in Geneva, Switzerland, in the early 2000s, before joining UCT as a lecturer and then later, Wits.

When he is not occupied by his research in atomic nuclei and quantum computing, Vilakazi is poring over armed conflict and the study of war.

“What made me interested in the study of war and the psychology of war was sparked by my interest in rocket science. Rockets were built by an engineer by the name of (Wernher) von Braun who built them as part of the German war machine just at the end of the Second World War,” he said.

In his academic career, Vilakazi has published 325 research papers and is highly cited.

According to Vilakazi, his return to South Africa came at a time when Genevan banks were recruiting physicists, mathematicians and computer scientists. “They wanted people who could work with numbers”. He told Daily Maverick he was tempted to make Geneva his home and continue working there.

“The salary was competitive compared to the salary I was getting at UCT. So it was tempting. But I felt that it’s time to give back to my country, there was an African Renaissance. I am a fiercely passionate South African, I love this country”.

Vilakazi is an African Renaissance man which explains why one of his goals for his tenure is to create a Massachusetts Institute of Technology-styled digital technology hub at the university that will commercialise some of the ground-breaking research it produces into something “that will help the economy grow in scale”.

He also plans to transform the Braamfontein area into an urban creative hub anchoring on the creative culture already embedded in the community.

“Braamfontein must be a space that is the creative and innovative arc of Johannesburg and the Global South. The entire Braamfontein area must be a vibrant hub again,” said Vilakazi.

Second on his agenda in the course of his tenure as VC is to build a new cohort of young scholars from “diverse backgrounds that will be future leaders. People who have finished their studies and want to become academics and are talented, to help transform our higher education sector and be leaders and innovators that will take this country forward,” he said.

The Covid-19 pandemic brought many shifts to how education is delivered, but it also emphasised the importance of developing a curriculum that reflects and complements the future.

Despite acknowledging this new reality and its sustained and evolving needs, Vilakazi said there were still basics the country needed to get right in all sectors of education.

“It applies to both public and private and all levels of education. There’s no substitute for learning basic reading and writing skills. Basic literacy skills at Grade 10 level should be on par with international standards,” he said.

“Otherwise, all the talk on the Fourth Industrial Revolution will be nothing but a moonshine or pipe dream. You can reform the curriculum as much as you can, but students now don’t get all this information from instructors anymore, you can get it from Wikipedia. There are more sources of information available now than there ever was in the past”.

He said there needed to be a culture of respect for facts and scientific reasoning.

Vilakazi was, however, quick to caution that South Africa needed to strengthen other streams of post-school education besides universities considering they served a fraction of the population.

“We [need to] really revamp our TVET (Technical and Vocational Education and Training) system because it pipelines those who do not get the entry requirements to universities. Community colleges included can absorb a large portion of those students. If we are to solve the problem from a systemic level we need to get the aspects of our post-school secondary education (right).

“SA needs more technical colleges; a system that will produce highly skilled, non-academic employees to generate the kind of expertise we need to fix our power stations, build the manufacturing industry. University is not the only way out of poverty,” Vilakazi said. DM