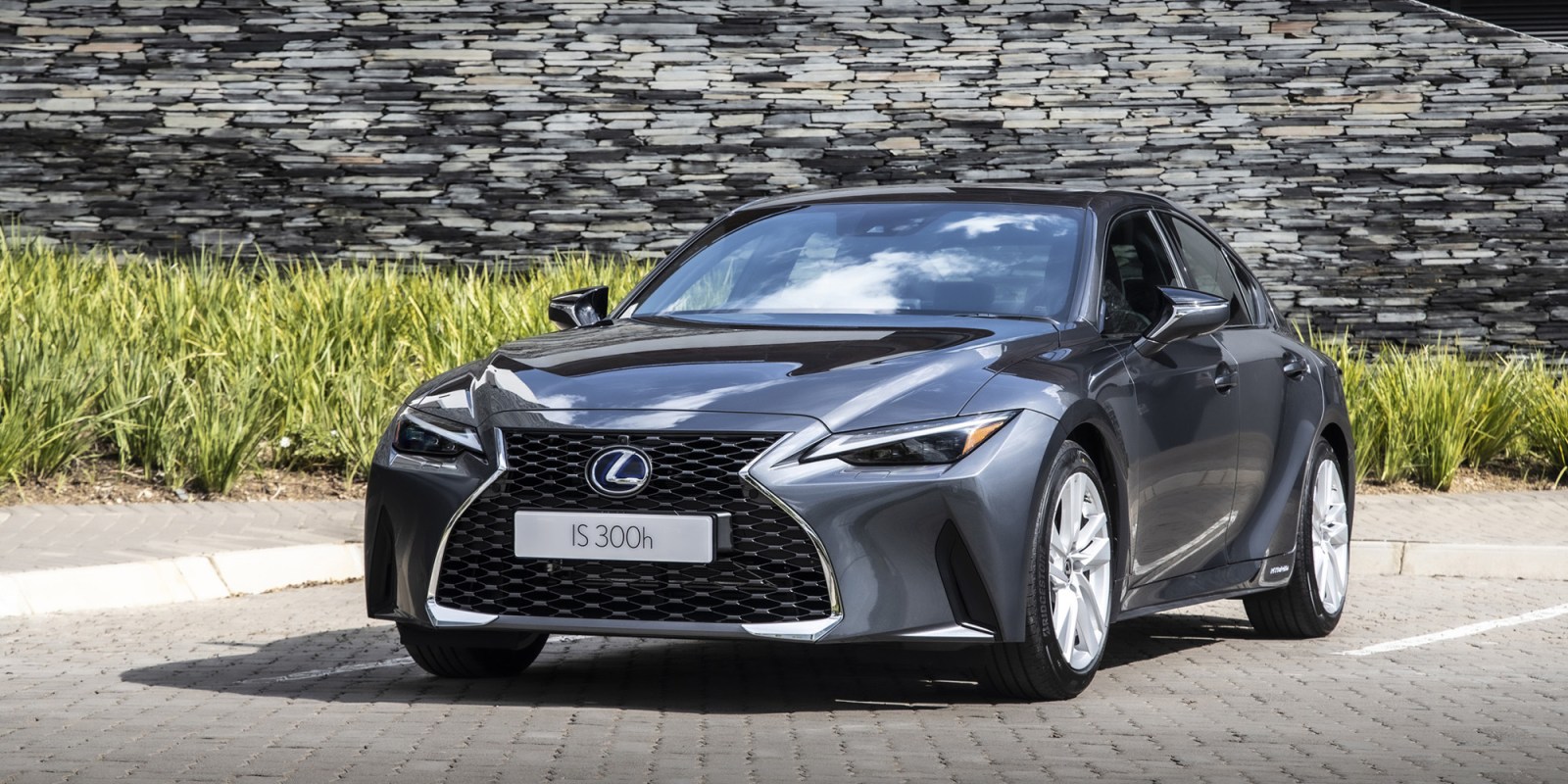 Lexus SA has refined its IS sedan South African line-up, now only offering its recently refreshed premium IS 300h.

I’ve never made a secret of what a big fan I am of the Lexus brand. The spindle-symbolled Japanese manufacturer has been intriguing me ever since it was launched in SA in 2006 as the luxury arm of its mother company, Toyota. Much of Lexus’s appeal has to do with the bespoke quality of its build, overseen by Takumi – master Japanese craftsmen, who spend more than 60,000 hours perfecting their craft.

Last year during the first year of the Covid-19 pandemic, Lexus held up pretty well globally, selling 718,715 units between January and December 2020, a decrease of just 6% compared to the overall global car market, which declined by 14.5%.

While Lexus enjoys worldwide appeal especially among the black hip-hop US market, in South Africa the brand has not been able to achieve the sales numbers or cult status that it attracts abroad. It is still a niche brand appealing to a customer who is not too hung up on speed, and who is discerning, preferring quality rather than revs.

And although it’s the number one seller in South Africa in the NEV (new energy vehicles) segment, capturing 29% of the market share, the segment is tiny. To give you an idea, currently there are just over 1,500 straight electric vehicles in SA, out of the 10 million cars in SA, and while its parent company, Toyota SA, sold close to 10,000 new vehicles in September last year, Lexus sold less than 100 in the same month.

One of the reasons for its lukewarm SA sales performance may be that a Lexus is often associated with eco-driving and usually comes with a hybrid drivetrain derivative, boasting low carbon emissions and fuel consumption. Sadly, the majority of the South African market is still obsessed with straight fossil fuel power. But for how long can this trend be sustained?

In late March, in an online press conference hosted by Lexus International President Koji Sato, plans were unveiled to introduce 20 new or improved Lexus models by 2025, of which more than 10 will be electric. The line-up will include BEVs (battery electric vehicles), plug-in hybrids and hybrid electric cars.

Always ahead of its game in terms of sustainable driving, Lexus is at the front of the global pack along with manufacturers like Volvo and Tesla, as all motoring companies are being increasingly forced to adhere to tougher emissions regulations and growing competition to develop zero-emissions vehicles.

At Lexus’s first peopled launch in over a year, I flew up to Gauteng for the unveiling of the updated IS luxury sedan – the IS 300h. The “h” stands for hybrid of course, and it’s interesting that this derivative is the only one exclusively available in SA. Although it’s not an all-new model, there have been substantial upgrades to make it look more imposing, with its prominent flank bulges and revised front grille, culminating in a more svelte coupé-like stance. Along with its flared wheel arches and futuristic hood, it’s definitely a head-turner.

But for petrolheads expecting dizzying performance, put your seatbelts on and take a chill pill. Gone is the six-cylinder option in favour of the four-cylinder hybrid (IS 300h). That’s not to say the IS 300h isn’t a pleasure to drive – particularly the F-Sport, which comes standard with adaptive variable suspension. I fully appreciated its smooth drive and precise handling along the Muldersdrift Cradle of Humankind twisty route on which we were sent.

There are three options in the range – the EX, the SE and the F-Sport, which are all rear-wheel drive 2.5-litre petrol engines with 133kW and 221Nm on offer (increased to 164kW with the assistance of the battery system). However, its top-of-the-range German competitors in the D-sedan segment (the Audi A4, BMW 3 series and Mercedes-Benz C-class) will undoubtedly leave the IS 300h in the dust in a drag race. But who cares? What it lacks in speed – its 0-100km/h sprint time clocks in at 8.7 seconds – it makes up for with its stately magnificence, especially when you get behind the wheel, in its hushed cabin, supported by superb suspension and an ultra-comfortable drive experience.

There’s been some criticism of the IS 300h’s CVT (continuously variable transmission) gearbox, with a few of my fellow motoring scribes moaning about it being somewhat slow on the overtake – I was too busy chilling out behind the leather wrapped steering wheel, revelling in the premium cabin, checking the time on the retro analogue clock, turning up the heat on my leather power-adjustable seats and pumping up some Mozart on all 17 Mark Levinson speakers, to be bothered by not being the one who “got there first”.

If there’s anything to gripe about it’s that touchpad that Lexus continues to use despite all the criticism that it has garnered over the years. It’s clumsy and finicky to operate. Thankfully, I soon discovered that the infotainment interface can also be operated via the 26.1cm touchscreen, so my advice is just ignore that damn touchpad. An added tech touch is the onboard wi-fi which makes connectivity a cinch even in remote areas.

It’s one of the safest premium sedans around, with a host of drive tech, including a pre-collision avoidance system, daytime/night-time pedestrian detection, lane tracing assist, blind-spot monitors and a panoramic view monitor.

As always, Lexus, the emperors of motoring research, have done their homework to make sure that the drive is more engaging by putting it through its paces at the company’s new country-road course in Shimoyama, Japan. The overall rigidity of the IS has been enhanced by improving the welding techniques and overall bracing. The suspension has been tweaked by using lighter and stronger components, with special attention paid to the coil springs to guarantee greater robustness.

So if you’re looking for a performance thriller that hurtles out of the gates in under five seconds, the new IS 300h is not the premium sedan for you. But if you’re an eco-conscious driver, averse to vulgarity, who appreciates class, safety, luxurious finishes and admirable fuel consumption of just 5.2l/100km, then the new Lexus IS 300h should tick all your green heart boxes.