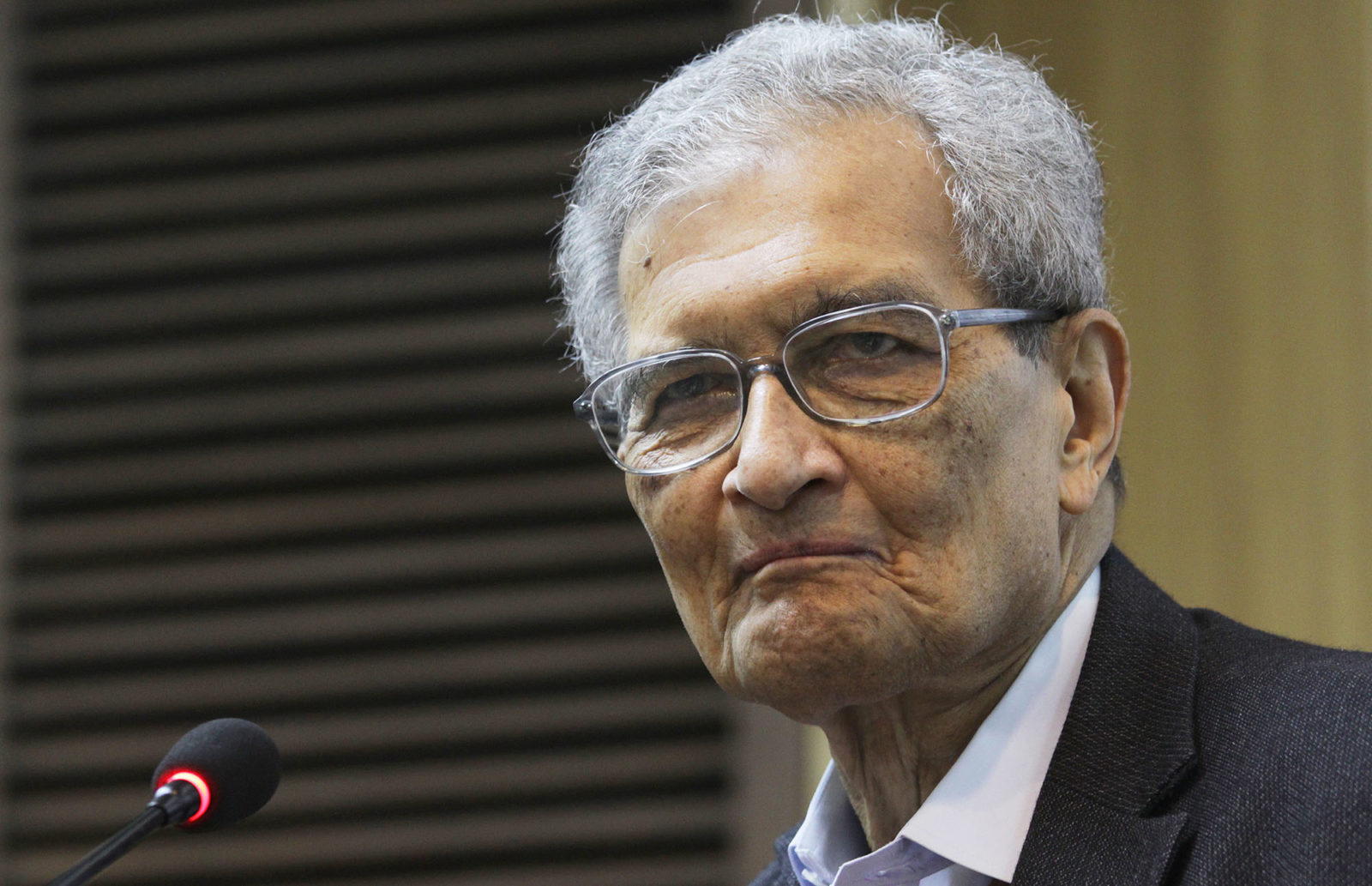 Nobel Prize in Economic Sciences laureate, Amartya Sen addresses media after a book launch in New Delhi, India, 08 January 2011 (reissued 17 June 2020). According to media reports, Indian economist and philosopher Amartya Sen was announced 2020 Peace Prize winner of the German Book Trade on 17 June 2020. The peace prize is an international award given by the association of German book publishers and sellers every year since 1950. EPA-EFE/ANINDITO MUKHERJEE

Authoritarian tendencies have been strikingly on the rise in many countries, says leading economist Amartya Sen, who painted a grim picture of tyranny and the impact of pandemics on participatory democracy.

Sen was the speaker at the 37th annual Bartels World Affairs Fellowship lecture at Cornell University on Wednesday, 5 May. Awarded the Nobel Prize in 1988 for his work in welfare economics and the causes of famine, the 87-year-old is currently Professor of Economics and Philosophy at Harvard University.

In opening the live web discussion, Cornell Vice-Provost for International Affairs Wendy Wolford made the point: “Famine and poverty are generally not due to scarcity or to lack of ability, but rather to a lack of entitlements. Entitlements that flow from a range of tangible and intangible goods, such as education, political power and racial or ethnic status.”

The discussion was led by Kaushik Basu, the Carl Marks Professor of International Studies and former senior vice-president and chief economist of the World Bank. Introducing Sen, Basu half-jokingly said:

It is clear that around the world democracy is under attack and ordinary people are paying the price, added Basu.

Sen noted: “A disturbing fact about the world today is that authoritarian tendencies have been strikingly on the increase in many countries across the world – in Asia, in Europe, in Latin America, in Africa and within the United States of America. I fear I have to include my own country, India, in that unfortunate basket.”

He said one needed to define democracy, that “a very general understanding of democracy is, government by discussion”, and that it is broadly based on what can be called “a conversation by citizens on what is to be done”. But when the conversation “is made to stop or some participants are forcibly evicted, democracy ceases to be as strong”.

Sen also pointed out that elections are “often identified with democracy – indeed an electoral victory can be compared with an agreement on a solution – but the election has to require an atmosphere where people are free”.

The impact of pandemics on democracy also needed to be taken into account: “In a pandemic, of, say, Covid-19, the rich or even the merely affluent – not very rich but well enough – leading a well-enough life of affluence, may be primarily concerned with not getting the disease.”

Those who were rich enough not to worry about where their next meal was coming from did not understand how the pandemic affected people for whom survival was a daily struggle, with their incomes threatened “because you lose a job or by severe lockdown that prevents the opportunity of getting a job or indeed looking for one”.

Sen referred to the lockdown imposed in India in 2020 and how badly it had affected the most impoverished. It had been “suddenly imposed with a four-hour notice, and for migrant workers away from home there can also be the challenge of getting back home, which was made particularly difficult”.

Participatory democracy also especially needed “a free and reliable press and, in particular, the voices of the poor being heard and reflected”.

He cited the Philippines as an example, along with Hungary, where “the tyranny may be justified, quote unquote, by the championing of urgency to restrain the flow of immigrants – too many coming in”.

And in Poland, “the apparent necessity may be that of suppressing homosexual lifestyles which allegedly goes against the culture of Poland”, while in Brazil “it may be the alleged need for military intervention to control rampant corruption. In the USA the attack on the Capitol had a variety of loudly proclaimed domestic reasons put forward by local extremists.”

Sen said democracy today is being attacked more from the inside than the outside.

“While a number of non-democratic countries have recently been attacked from outside, such as Iraq or Yemen, there are relatively few democracies that have had to face big attacks from the outside. This was not the way the world was in the old days. In the 1930s when many democracies collapsed the main threat to democracies then came from outside.”

Before taking questions, Sen added: “In the contemporary world, big attacks on democracy seem typically to be domestic in origin.”

One question concerned India, where “the state rather than the market is seen as a way to economic betterment”.

(South Africans might relate, with people seeking political office for their own gain rather than to improve the lot of the people and the resultant loss in democratic values within the systems of government.)

Sen replied that there are a variety of factors involved and that those in office are “narrowing control and giving themselves more power”.

Another question was around what role the media, including social media, plays in the “communication and influence of democracy”, to which Sen replied: “Just as normal conversation can generate problems as well as help us and aid us, social media has this variety of features as well. My sense is that we have to think about social media like something that’s expanded the reach of our conversation without changing the basic feature of conversation. Which is to inform, to dispute, to misinform, to question, and so on.”

Asked whether educational curriculums could be transformed in previously colonised countries to be truly democratic, Sen said that while education is needed “in the design of democracy”, it is not that easy to render some systems obsolete. DM