By Lucas Ledwaba for Mukurukuru Media• 6 May 2021 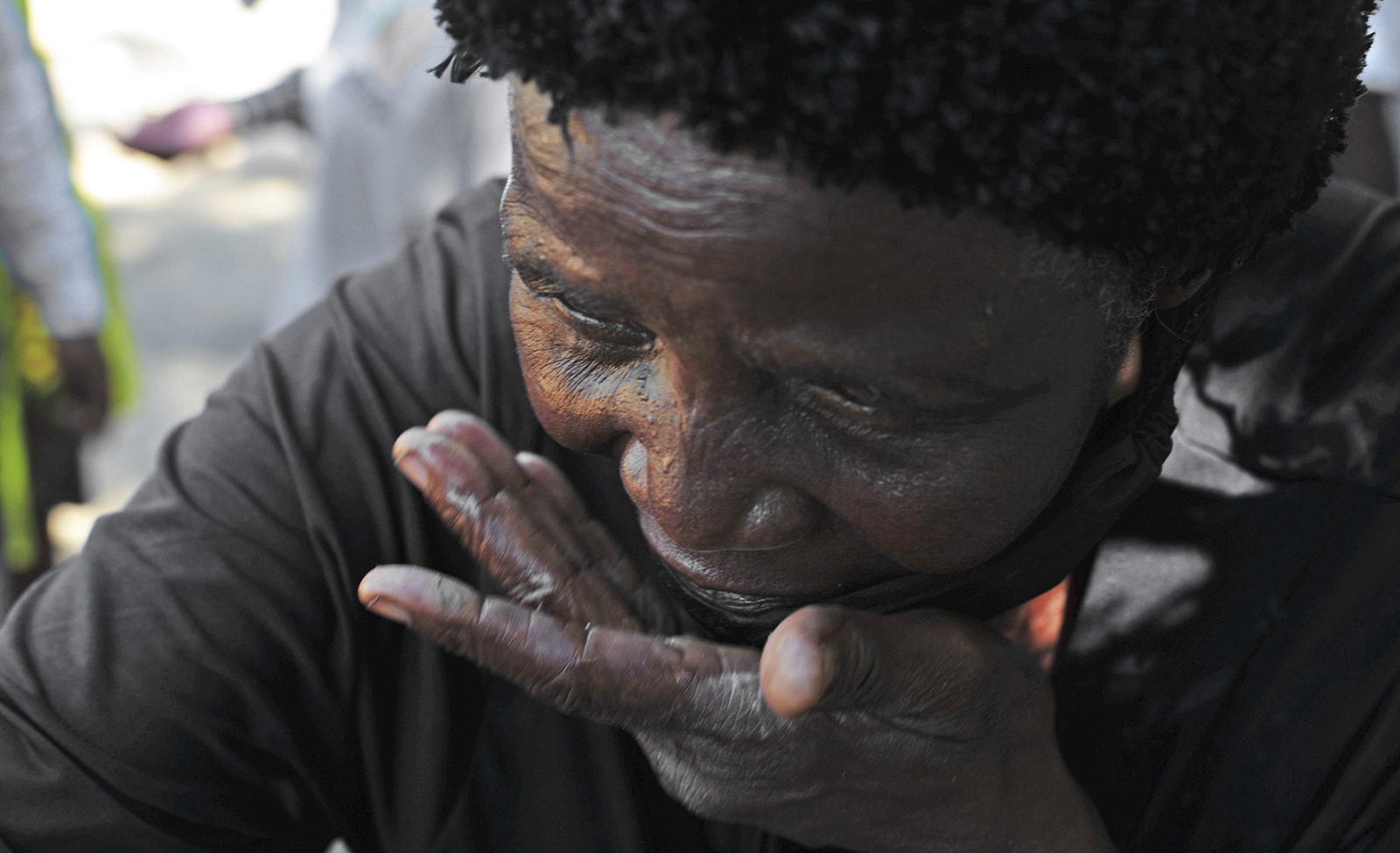 The processing of salt requires lots of patience which includes tasting of water produced during filtering to determine level of saltiness. (Photo: Lucas Ledwaba/Mukurukuru Media)

A rural women’s project on hallowed ground battles to crack it as the tourism sector fights off the effects of Covid-19 lockdown restrictions.

In an era when traditional leaders have become notorious for colluding with politicians and foreign mining companies in exploiting the minerals on their land to the detriment of their own communities, Aaron Mahumani is taking a different route.

Mahumani is the traditional leader of the Mahumani royal administration – home to the Baleni Salt Works which was granted National Heritage Site status in 1999.

Baleni lies along the banks of the Klein Letaba River about 20km southeast of Giyani in Limpopo.

The Mahumani royal administration is made up of seven villages with an estimated population of 50,000 under 14 headmen.

A 2018 heritage impact assessment report on the site by G&A Heritage Management Consultants noted that “stone implements belonging to the early, middle and late Stone Age have been found in the area. These, with the rock paintings and a few engravings, are evidence of the presence of hunter-gatherer communities in the past.”

The site is a tourist attraction where visitors can watch locals using techniques dating back 2,000 years to extract salt from sand using water and filters made from mud and wood. The filtered water is boiled to evaporation in steel pans placed on wood fires to produce salt crystals.

The harvesting is done by local women who sell the salt, which is revered for its healing properties, to tourists, spiritual healers and even restaurants. The intricate harvesting process, a romantic connection with a distant past, is the main attraction of the site.

The women-run Baleni Salt Works is part of the United Nations World Tourism Organisation’s Women in Tourism Programme which was set up in 2013 “to drive initiatives and programmes that support the development, empowerment and networking opportunities for women in the tourism sector”.

Although there are suggestions that introducing more modern and machinated ways of extracting the salt could yield an increase in production, Mahumani is careful not to tamper with the spiritual and cultural significance of the area.

“People as far as Mozambique [previously] came to this area to do bartering with communities. My forebears discovered this area and I’m very grateful that they have passed on the baton to me where I feel definitely we have to protect, promote and preserve our culture and heritage,” he said.

Mahumani was speaking during a recent visit to the site by Deputy Tourism Minister Fish Mahlalela and Limpopo Economic Development, Environment and Tourism MEC Thabo Mokone as part of a drive to revive rural tourism following the devastation the industry suffered during the long Covid-19 lockdown.

Mahumani’s stance is a rather radical departure from a trend which has seen traditional leaders fall for the lure of mass extraction of minerals yielding huge profits, which is often dangled before rural communities battling to make ends meet, leading to conflict among those for and against.

In some areas this new scramble for minerals has turned neighbours into bitter enemies and led to bloodshed.

The Baleni Salt Works is also revered as a place of spiritual significance, a gift from the African gods to its children, and is treated with respect.

“We value this area as a very sacred place; it is very, very special, very, very dear to us,” said Mahumani.

The salt harvesters make offerings to the spiritual custodians of the land on a shrine under a leadwood tree above the operational site. The working area itself is carefully drawn out under the shade of massive trees along the banks of the Klein Letaba River.

Rusted rectangular pans of water brew over small wood fires, and filters made from soil, grass, leaves and tree trunks are carefully lined up under the trees.

Mahlalela said the restrictions on international travel have hit the tourism sector hard because it depended mostly on this market. However, the government wants to rejuvenate the domestic sector, including township and rural tourism, through the Tourism Sector Recovery Plan.

The United Nations World Tourism Organisation said the crisis caused by Covid-19 could lead to an annual decline of between 60% and 80% compared with 2019 figures, which places millions of livelihoods at risk and threatens to roll back progress made in advancing the Sustainable Development Goals.

Mahumani noted that the women at the salt works are struggling to earn financial rewards from their toil and called on the government to intervene.

However, the road from Giyani to Baleni, a rotten stretch of tyre-mauling potholes and gravel, symbolises some of the major infrastructural challenges facing rural tourism.

Even Mahlalela and Mokone, chauffeur driven to the site in sleek German machines, could not hide their frustrations and issued rather diplomatic tongue lashings, calling on their colleagues in government to address the issue.

Mahlalela said marketing of tourist destinations such as Baleni would be futile if access to them was not good.

At a tourism stakeholder meeting in Thohoyandou during the same week, Mokone cracked the whip on tourism operators, calling on them to maintain and clean up their areas of operation to appeal to guests.

Grace Sibara of Limpopo Women in Tourism said the challenges they face in the sector include lack of skills and enterprise development, capacity building and lack of access to funding. Data from the UN World Tourism Organisation show that women make up the majority of the tourism workforce (54%) and are often concentrated in low-skilled or informal work. Mahumani said the Limpopo Economic Development Agency previously helped to sell the salt to a market in Italy, but pleaded for more help with access to markets. DM/MC