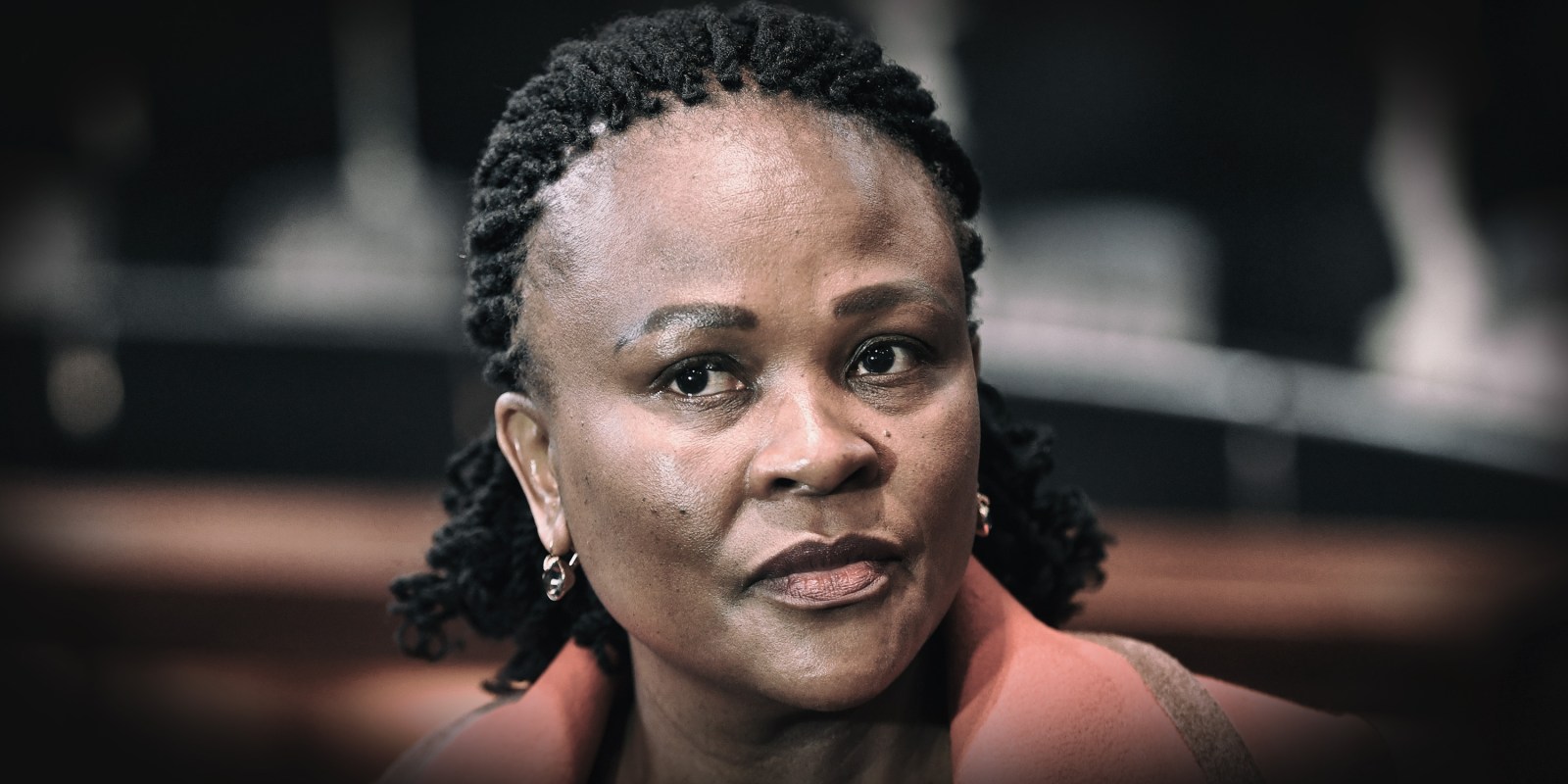 The way is clear for Parliament’s inquiry into Public Protector Busisiwe Mkhwebane’s fitness for office after the rules committee on Wednesday dismissed a bid to rejig the voting system for the probe.

It was a case of “don’t touch me on my electoral support” as the ANC and DA argued against changing who can and can’t vote on the Section 194 committee inquiring into the impeachment of Public Protector Busisiwe Mkhwebane.

The Section 194 inquiry, named after the section in the Constitution on removing heads of Chapter 9 institutions, has 26 members. Eleven are voting members, all Members of Parliament — six ANC, two DA and one each representing the EFF, IFP and FF+. The other 15 members representing all political parties can freely speak and participate, but not vote.

United Democratic Movement (UDM) leader Bantu Holomisa was one of those 15 non-voting members, and in April he wrote to National Assembly Speaker Thandi Modise to change that. All Section 194 inquiry committee MPs should have a vote “to promote fairness and democracy”, he argued.

Modise asked Parliament’s rules committee to consider this, and on Wednesday it met to do that. UDM chief whip Nqabayomzi Kwankwa argued that all parties should be able to vote in committee, even before this matter comes to the House.

It turned out to be one of the rare moments when ANC chief whip Pemmy Majodina and her DA counterpart, Natasha Mazzone, saw eye to eye.

“It’s completely unfair on parties, who worked very hard to obtain the percentages that they have obtained in the National Assembly, to be expected to have the same voting rights as parties who have minuscule voting percentages…”

“The larger parties have a larger say because that’s what the electorate has chosen. And we must always respect the will of the people.” Majodina shared these sentiments, more briefly because of connectivity issues during the online meeting.

“I wish to point out that whilst we appreciate a multi-party democracy, the strength of parties also speaks here,” said the ANC’s parliamentary boss.

“The tone of the letter from General (Holomisa)… where we are accused as big parties that we are arrogant… We are not arrogant, but the voters have given us the percentage (in the House).”

Both Majodina and Mazzone highlighted how their respective parties accommodated others, precisely in the interests of multi-party democracy.

She said the DA, like the ANC, frequently gives up speaking time so that those one-MP parties got more than the three-and-a-half seconds they were strictly entitled to, as Mazzone put it.

In his letter, Holomisa was terse, saying it was “undemocratic” to force the smaller of the 14 political parties represented in Parliament to share a vote, particularly as their respective constituencies and mandates could be very different.

“The so-called large parties must stop this false and arrogant thinking that they are “doing us a favour” by “allowing us to participate in parliamentary processes in a manner that is determined by them, and not in a manner that respects the will of the people.

“It is the sheer hubris of those who claim to be democrats and fighters for democracy that care so little for the will of the people,” said Holomisa.

Holomisa was not necessarily looking to change how committees work — where the smaller parties have to share two voting spots among the 11 members, six of whom are ANC MPs — but he was pushing for different voting representation on ad hoc committees, and those established for a specific purpose.

In some ways, Holomisa’s push and Wednesday’s rules committee discussions echoed previous similar debates — for example, on the various Nkandla ad hoc committees and also the 2016 parliamentary inquiry into the state of the SABC.

Change, though, was not on the cards on Wednesday.

“Unfortunately, Honourable Kwankwa, you have not persuaded us.

“There may well be a case at a later stage, perhaps to review the rules. It is very clear the request to do that now has not won the day.” This was how Deputy Speaker Lechesa Tsenoli, who chaired the rules committee, wrapped up discussions.

These deliberations will now be relayed to the Speaker, who will make a final determination. Once that’s officially done — it’s unlikely the voting system on the Public Protector’s impeachment inquiry will change — nothing stands in the way of the committee setting its first meeting date.

At the very least, a chairperson will be elected, and it’s widely expected this will be ANC deputy chief whip Doris Dlakude.

Meanwhile, Pemmy Majodina appeared before the party’s integrity committee on Saturday. The ANC chief whip voluntarily reported herself to the party’s ethics structure in mid-April after the Sunday Times reported that her son, Mkhonto weSizwe Majodina, had in January 2021 clinched a R52,500 contract to supply thermometers to ANC constituency offices run by ruling party MPs countrywide.

“The chief whip is aware that this may be reasonably perceived as a form of abuse of office and nepotism due to the proximity of her son. The chief whip reiterates her longstanding commitment to upholding the law,” said a statement by the Office of the Chief Whip at the time.

In another development, embattled ANC Secretary-General Ace Magashule has been served with a notice of suspension after failing to step aside from his position. Parliament’s tourism committee chairperson Supra Mahumapelo remains in his position despite his five-year suspension by the ANC in North West, as does home affairs committee chairperson Bongani Bongo, who faces fraud and corruption charges over land deals in Mpumalanga.

“We can’t comment until all internal official processes are concluded in the ANC,” was the official response from the ANC in Parliament on Wednesday. DM