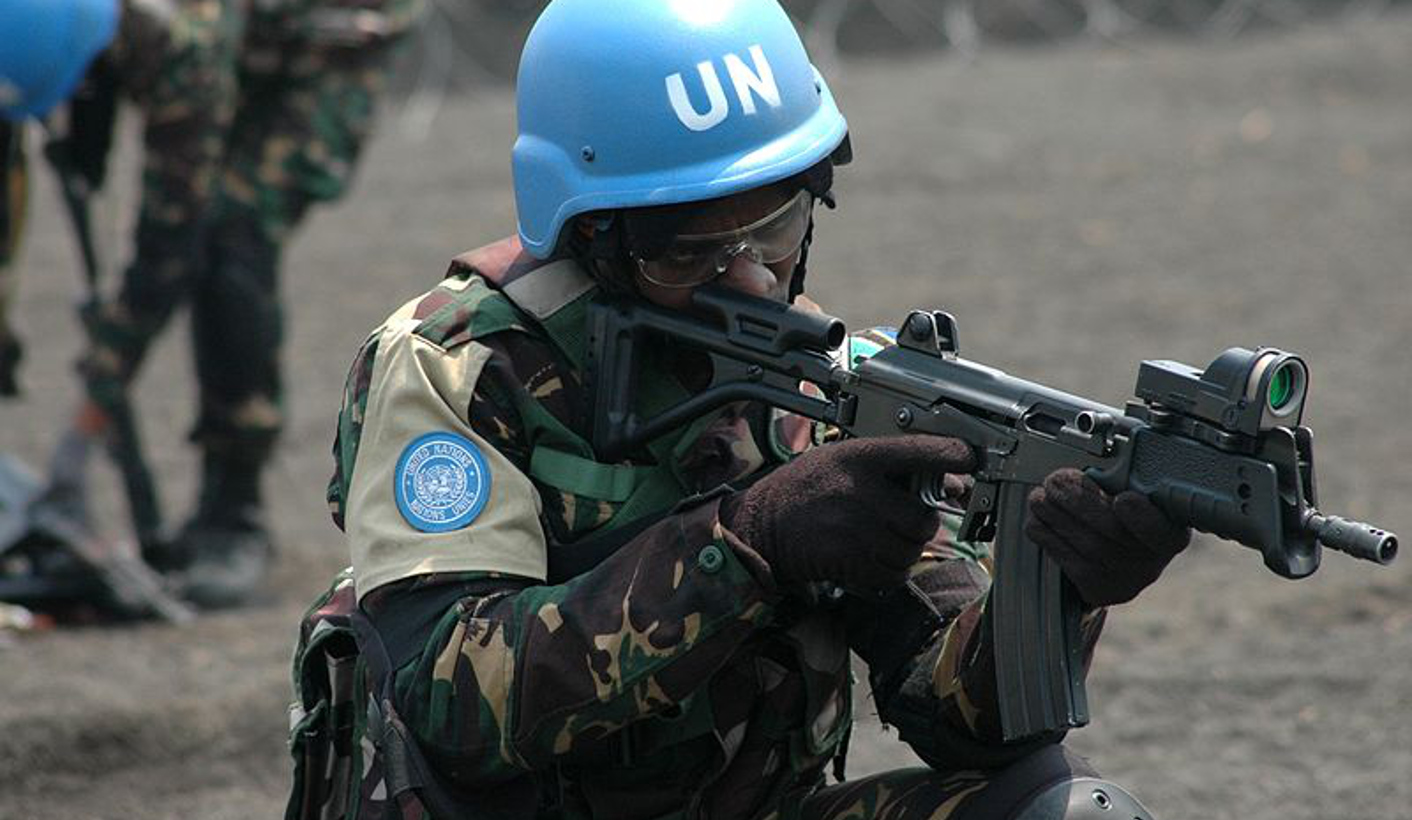 Congolese in eastern DRC will only appreciate the UN peace mission’s efforts when their government makes them feel safe.

On 23 April, around 100 women protested in Beni, in north eastern Democratic Republic of the Congo (DRC), calling on the United Nations peacekeeping mission to leave the country. In protests that ran throughout April, Congolese also challenged the government to improve its response to the chronic lack of security in the country’s east.

In 2020, roughly 2,945 civilians were killed in the DRC, including 553 women and 286 children, at the hands of various armed groups. Around 100,000 people were internally displaced. The humanitarian situation has worsened in 2021. Since the outburst of violence in the late 1990s, the DRC remains one of the world’s countries most affected by insecurity, with 5.5 million internally displaced people.

The UN Organization Stabilization Mission in the Democratic Republic of the Congo (MONUSCO) is planning its exit strategy, but no clear timeframe has yet been set. A deciding factor will likely be the conditions in which the 2023 general elections occur and their impact on the country’s overall governance and security.

The women in Beni added their voices to those of civil society activists in the Lutte Pour Le Changement (Movement for Change) and Veranda Mutsanga, as well as school children. These activists have been calling for the immediate and unconditional closing of the UN mission. They argue that peacekeepers and the national authorities have failed to protect the population.

Since the beginning of April, protests have been staged in Beni, Butembo, Oicha and Goma in North Kivu province with the aim of forcing the UN mission to depart. The protests led to deadly clashes with the Congolese National Police and Armed Forces of the DRC (FARDC).

This is not the first time Congolese have protested against MONUSCO. In November 2019, the same pressure groups rallied in Beni against the authorities’ inability to curb the violence unleashed on civilians by armed groups, including the Allied Democratic Forces (ADF). Protesters attacked MONUSCO compounds in Beni, setting alight offices, assets and the mayor’s office.

The recent unrest is occurring in a delicate political context. The “sacred union”, a political alliance forged with President Félix Tshisekedi, Moïse Katumbi and Jean-Pierre Bemba, as well as former president Joseph Kabila’s allies, is in full swing. But it hasn’t satisfied the expectations of all supporters.

Since the April protests, the government has banned public gatherings across the country and decreed a state of emergency in North Kivu. It has replaced civilian authorities with military administrations in Beni in North Kivu and Ituri. This has provided short-term relief, but the public fear human rights abuses by the army. The measures are also an attempt to prevent armed groups, including the Mai-Mai and ADF, from infiltrating the protest movement.

Military operations since October 2019 have dislodged the ADF from some of its hideouts in Beni. This has forced them to either seek new safe havens in Ituri province, where there’s already violent conflict between the Lendu and the Hema, or retaliate against civilians. The government has also deployed additional FARDC troops in Beni and Goma for civilian protection.

But what’s needed more is a clear medium- to long-term approach to insecurity in the east. Violence against civilians in this region is due to both structural and circumstantial problems. Armed groups purport to help communities by, for example, sorting out land disputes and grievances against the state. Their actions are in fact a cover for the illegal exploitation of natural resources, and they commit atrocities against local civilians.

Adding to continuing violence is the stagnation of government-led demobilisation, disarmament and reintegration efforts, and security sector reform. This undermines efforts by the government and its international partners to stop combatants from being re-recruited into armed groups after they left for civilian life.

Since Tshisekedi’s rise to power, relations between the government and the UN peace mission have improved. Anti-MONUSCO rhetoric from top government officials has decreased. Both parties have collaborated and developed joint efforts to eradicate violent forces in the country.

But the Congolese will only really appreciate MONUSCO’s efforts if the authorities can secure the country’s borders and make citizens feel safe. The government needs to develop a comprehensive national security strategy in collaboration with international, regional and local partners to tackle insecurity in the DRC’s eastern region. Renewed attention to demobilisation and disarmament, and security sector reform, is also necessary.

Zero tolerance for impunity should be central to this strategy. Victims of violence need some form of justice, and perpetrators must be discouraged from taking advantage of a weak government.

It may be time for a special tribunal for the eastern DRC to respond to the persistent attacks on civilians. The tribunal could shed light on the war crimes and crimes against humanity committed over the past two decades.

While military action has delivered some successes, more is needed to stabilise those parts of the country that have been recovered or are still under threat from armed groups.

Collaborators both in and outside the national security services are still providing weapons, ammunition and other forms of support to armed groups. The ADF, for example, continues to receive most of its food and supplies through well-crafted networks of civilians and some security actors in Beni and Butembo. These networks must be dismantled.

The newly sworn-in government has made peace and stability key priorities. Decisive steps are needed to translate these goals into reality for millions of citizens living in the dangerous parts of the country. Securing the eastern DRC will be the yardstick with which to measure the success of the sacred union. And this could determine whether or not Tshisekedi serves another term as president. DM