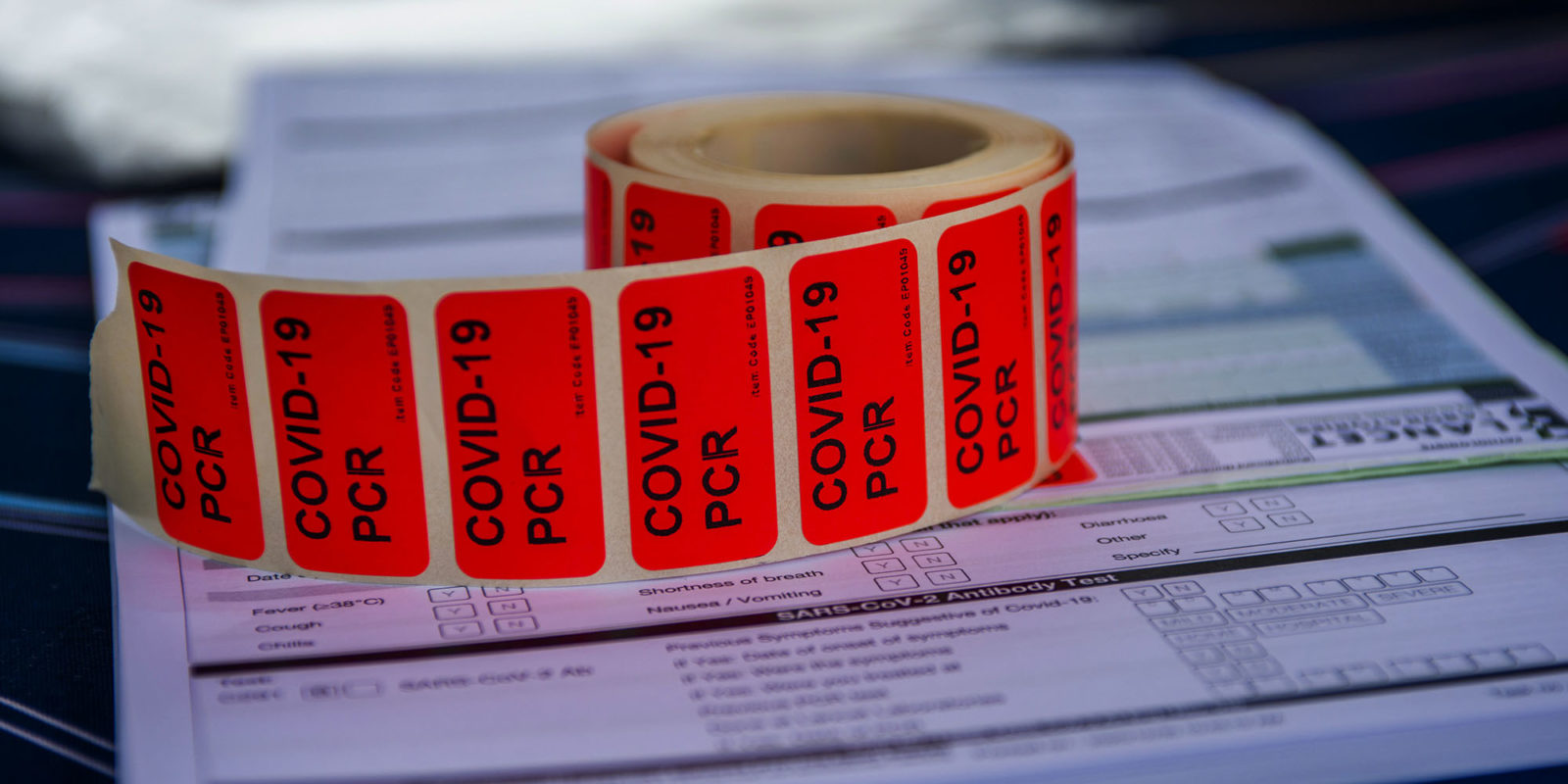 President Joe Biden will set a new target of 70% of US adults receiving at least one vaccine shot by 4 July. The White House also told governors that any unclaimed shots in their states will be redirected to a pool of doses available for distribution elsewhere, according to people familiar with the discussion.

UK Prime Minister Boris Johnson said the country is on course to scrap lockdown rules, and Denmark will ease curbs this week. Singapore is cracking down in response to a flare-up linked to the variant first identified in India, a setback for one of the most successful virus-containment regimes.

India was criticised for a “lack of leadership” as its prime minister resisted pressure to lock down. The country’s cricket regulators suspended the Indian Premier League after players tested positive.

The world’s 20 major economies threw their weight behind efforts to introduce so-called vaccine passports. Goldman Sachs Group plans for US employees to return to offices by mid-June, while Vanguard Group prefers a hybrid model.

Biden targets 70% of adults getting a shot by July

President Joe Biden set a new target of 70% of US adults receiving at least one Covid-19 vaccine shot by 4 July as the administration seeks to stem a dropoff in inoculations.

Biden’s goals — announced in a speech from the White House on Tuesday — will be for 70% of the adult population to have at least one shot and for 160 million adults to be fully vaccinated by Independence Day.

As of now, 56% of US adults, or 145 million, have received at least one dose and nearly 41%, or about 105 million, are fully vaccinated, according to the Centers for Disease Control and Prevention.

President Joe Biden’s administration told governors on Tuesday that it would begin reallocating vaccines that go unclaimed by states — essentially clawing back unwanted doses from places where the pace of shots is lagging in order to steer them elsewhere, three people familiar with the call said.

The White House told governors about the switch during a weekly call with the state leaders.

The Chicago Auto Show will be held at McCormick Place in July, marking the first large convention to be held in the city and the state of Illinois since the Covid-19 pandemic began more than a year ago, officials said on Tuesday.

The reopening of the convention centre “is a critical step toward our state’s economic recovery,” Governor JB Pritzker said during a press conference at the site on Tuesday. The auto show, one of the biggest in the US, will be held from 15 to 19 July with safety measures in place, such as limiting crowd size.

The healthcare company gave 17 million Covid shots at long-term care facilities and at its pharmacies through April. CVS is now immunising in about 8,300 locations in 49 states, CEO Karen Lynch said on Tuesday.

The world’s 20 major economies threw their weight behind efforts to introduce so-called vaccine passports to boost travel and tourism, stressing that a resumption is crucial for a global economic recovery, according to a draft statement seen by Bloomberg.

Tourism ministers from the Group of 20 nations, who met on Tuesday, said the outlook for a sector devastated by lockdowns remains “highly uncertain,” according to the draft, which is subject to change.

UK has no plan to speed lockdown easing

“We’ve got no plans to deviate from the earliest dates set out in the roadmap” for unlocking the economy, UK Prime Minister Boris Johnson’s spokesman told reporters.

The United Arab Emirates extended the suspension of flights from India. The UAE, home to Dubai-based Emirates and Abu Dhabi-based Etihad Airways, had halted the flights until 14 May. A new end date hasn’t yet been announced.

Singapore is limiting social gatherings and tightening border curbs as it reacts aggressively to a flare-up linked to the new variant first identified in India.

From 8 to 30 May, group gatherings must be cut from a maximum of eight to five, while daily visitors per household will be similarly capped, the Ministry of Health said. At workplaces, no more than 50% of staff who are able to work from home can return to offices.

Pfizer boosted its full-year forecast for sales of its vaccine produced with BioNTech to about $26-billion, from about $15-billion previously. The guidance includes 1.6 billion doses expected to be delivered this year under contracts that have been signed through mid-April, and it may be adjusted as additional contracts are executed, Pfizer said in its release.

“We also are in ongoing discussions with multiple countries around the world about their needs, and we expect these discussions to lead to additional supply agreements,” CEO Albert Bourla said.

Moderna is testing vaccines with lower doses to try to boost supply, and it may also need to expand work on boosters to cover for more variants, Chairman Noubar Afeyan said in an interview with Bloomberg Television. He said he expects the coronavirus may become endemic like seasonal flu, and that vaccinating children seems like a good approach given Covid’s after-effects.

Vietnam is keeping people in quarantine centres longer than the 14-day period amid the emergence of cases being traced to overseas travellers.

Provinces were instructed by the health ministry to “temporarily keep” in quarantine until further notice people who have completed the 14-day isolation, according to a post on the government website. Three patients in Vinh Phuc were found to be carrying a virus variant first detected in India, the health ministry said.

Malaysia tightened restrictions in six districts in Selangor, the country’s richest state, in a bid to contain a rise in infections. The so-called movement control order will be in place from 6 May to 17 May, Defence Minister Ismail Sabri Yaakob said in a briefing. While social gatherings will be banned in the six areas, economic activities will be allowed.

The European Medicines Agency (EMA) said it started a rolling review of the vaccine from China’s Sinovac Life Sciences to test compliance with safety and quality standards, the first major step in gaining approval for use in the European Union.

The EMA started a rolling review of Russia’s Sputnik V vaccine in March. Its human medicines committee, CHMP, said the decision to review the Sinovac shot was based on studies and data that suggest the vaccine triggers the production of antibodies that target SARS-CoV-2, according to a statement.

Japanese Prime Minister Yoshihide Suga is reportedly struggling with the decision on whether to end or extend the coronavirus State of Emergency for Tokyo and greater Osaka.

Suga told infectious disease expert and Cabinet adviser Nobuhiko Okabe that the decision over whether to lift the emergency on 11 May will be “tough”, local broadcaster FNN reported, citing Okabe’s remarks to reporters after a meeting with Suga on Tuesday.

Osaka Governor Hirofumi Yoshimura indicated the prefecture may seek an extension to its State of Emergency due to the number of new cases and pressure on the medical system.

India’s cricketing regulator suspended the Indian Premier League after multiple players contracted Covid-19, bringing a temporary halt to a tournament that has divided the nation on whether it was appropriate to have a sports event as thousands of citizens die each day.

UK to gradually wind back curbs

British Prime Minister Boris Johnson said the UK is on course to gradually scrap lockdown rules over the next seven weeks, hailing the UK’s successful vaccine roll-out ahead of key elections this week.

Johnson said the pandemic data was likely to allow people in England to stay overnight with friends or relations, with indoor hospitality able to reopen from 17 May. Remaining social distancing rules are also likely to be cancelled from June 21, though he warned that international travel will need to be carefully monitored after 17 May.

India on Tuesday reported more than 357,000 new infections, bringing the total official tally to more than 20 million cases, and an additional 3,449 deaths. The tally comes as Prime Minister Narendra Modi continues to see lockdowns as the “last option” despite a growing domestic and international chorus calling for action.

The wave of infections in India has revealed complacency after 2020’s first wave, as well as a “lack of foresight, a lack of leadership”, said Raghuram Rajan, former governor of the country’s central bank.

“If you were careful, if you were cautious, you had to recognise that it wasn’t done yet,” Rajan said in a Bloomberg Television interview.

“Anybody paying attention to what was happening in the rest of the world, in Brazil for example, should have recognised the virus does come back and potentially in more virulent forms.”

Denmark will ease more restrictions this week as the infection rate has remained stable in the Nordic country, the government said. All children up to 8th grade will return to schools full-time, while cinemas, theatres and gyms will also reopen.

Denmark also won’t use J&J’s vaccine due to concern about the risk of blood clots, the Danish Health Authority said. The move comes less than a month after Denmark became the first European Union member to drop AstraZeneca for similar reasons. Both shots are used in many other countries.

Denmark had pre-ordered about seven million vaccine shots from J&J, more than from any other producer, so the decision will delay the national vaccine roll-out by four weeks. DM