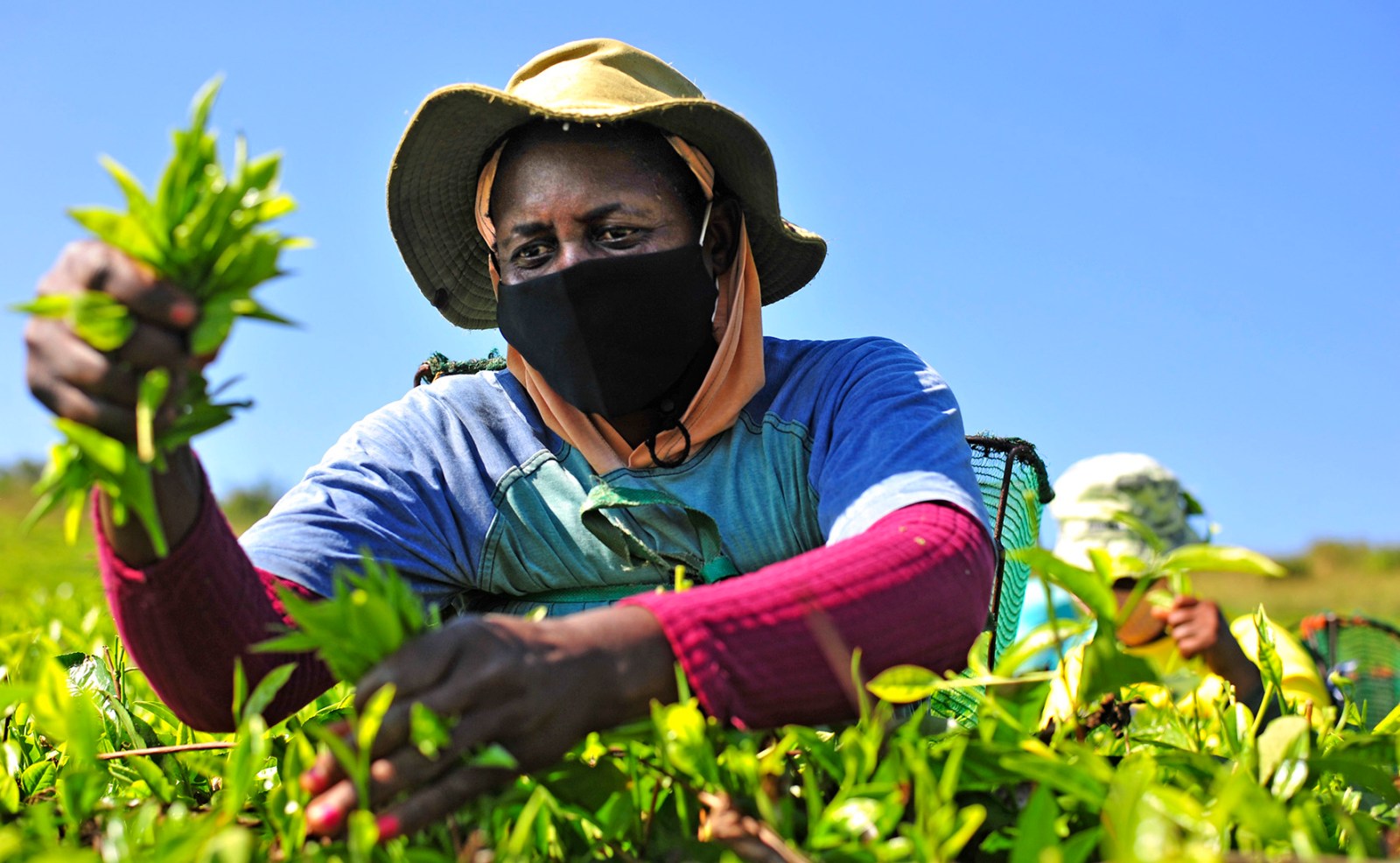 The Mukumbani Tea Estate has created more than 100 jobs for the local community but plans are in place to get it to employ more than 1000 workers. (Photo: Lucas Ledwaba/Mukurukuru Media)

Workers in different types of colourful clothing toiling in the lush green field resemble a swarm of bees in search of nectar among rows upon rows of crops.

In the mid-morning sunshine they are hard at work harvesting tea leaves to be processed at the nearby Mukumbani Tea Factory below the picturesque plantation. This is the home of Midi Tea, grown in the lush valleys of Venda in Limpopo.

In another time the plantation, which was established under the Venda Development Corporation, employed as many as 2,000 workers. But changing business and political dynamics have seen the workforce reduced to 231, only 80 of whom are farmworkers. Then, the workforce covered an area of 1,057 hectares. It has been reduced to 70 hectares.

But plans are in place to return the plantation to its former glory. Leo Gama, spokesperson for the Limpopo Economic Development Agency, which manages the tea estate, says they need a cash injection of up to R10-million to achieve this.

The tea produced at the plantation, Midi Tea, is available for sale at selected stores around the country. The Food and Agriculture Organisation of the United Nations notes that tea (Camellia sinensis), which was discovered in about 2,700 BC, is the manufactured drink most consumed in the world.

According to the organisation Statista.com, the global tea market was valued at nearly $200-billion in 2020 and is expected to exceed $318-billion by 2025.

China, where it is believed tea was first discovered, remains the largest producer in the world. In Africa the highest tea-producing countries are Kenya, Uganda, Malawi, Tanzania, Rwanda, Burundi and Zimbabwe, with South Africa producing the least.

The revival of the estate could be a major boost for the rural Mukumbani community, especially with the unemployment rate in South Africa hitting a record 30.8%, described by Statistics SA as the highest since 2008.

Stats SA’s Quarterly Labour Force Survey, covering the fourth quarter of 2020, noted that the agricultural sector was among the industries that recorded the largest employment increases. DM/MC