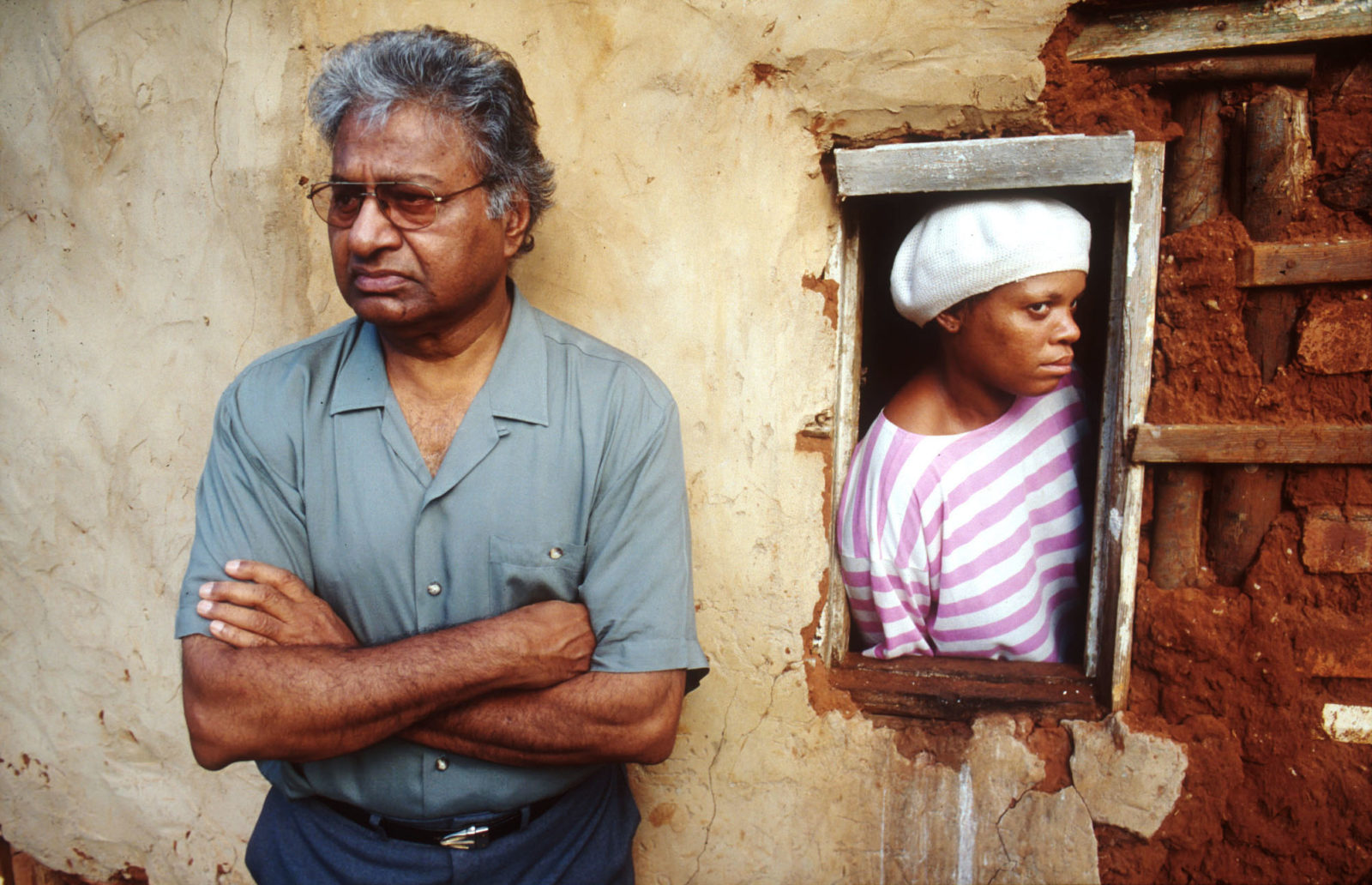 Ronnie Govender was the sort of uncle who comes around once in a lifetime, whose mark on the world is not only seen through his writings and many works, but through the grace and power of his personality and the giant-like embrace of the world around him.

Dr Neilesh Bose is Associate Professor of History and Canada Research Chair in global and comparative history at the University of Victoria, Canada. A historian of modern South Asia, his interests include colonialism and decolonisation, post-colonial history, nationalism, literary history and intellectual history.

As I write these words, news of deaths of loved ones near and far appear in incomprehensibly quick formats. Some related to the Covid-19 pandemic, some not. All devastating.

This week, news hit the world of the passing of Ronnie Govender, playwright, poet, activist, and a man of the theatre. Tributes and memorials will pour in from throughout South Africa, from the vast Indian diaspora throughout the world, and people in all corners of the world touched by his writing, his activism, and his giant-hearted approach to life and work.

My brief offering is being written half a world away from his beloved South Africa, on Vancouver Island at the western reaches of Canada, in the territories of the Lekwongen, the Saanich, and the Wsanec peoples. When I moved here, as whenever I contacted him from various parts of the world, he always inquired about peoples and cultures in different places. Though always rooted in his beloved South Africa, he embodied the most considerable of cosmopolitan spirits, of openness without ever losing sight of his local and particular place in his home of South Africa.

I met Ronnie first some 25 years ago when I was researching Indian South African theatre, activism and politics. At that time he was the artistic director of the Natal Playhouse, an institution he happened to constantly remind me was “bloody bourgeois”. He was initially both hesitant and intrigued by me, a char ou from another land, but we soon bonded through a love of politics, theatre, activism and South Africa. He became a mentor, an uncle of a certain sort.

This sort of uncle comes around once in a lifetime, whose mark on the world is not only seen through his writings and many works, but through the grace and power of his personality and the giant-like embrace of the world around him.

Ronnie wrote some 14 plays, award-winning short stories, memoirs, and a range of essays. His landmark play, The Lahnee’s Pleasure, opened a now-famous 1972 black theatre festival to huge accolades, but in keeping with the cultural boycott, he refused the global recognition, money and likely stardom that other South African writers of the time chased after.

Along with other stalwarts, he started the Shah Theatre Academy in the 1970s to both train Indian actors and theatre-makers and to explore the rich world of Indian theatre and performance in the context of apartheid South Africa. At the Edge and Other Cato Manor Stories was the first work of his I read, back when I first met him.

I recall vividly how he was quite disappointed that I hadn’t already known of his play 1949 when I first met him, so he kindly gave me a copy and shared story and after story about it. This moment in history when violence between Indians and Africans engulfed Durban for the duration of 1949, remains one of the most significant moments in 20th century Indian South African, and indeed South African, history.

Ronnie’s play, the many productions of it, and the many layers uncovered through its various productions, will always outlast the clinical and cold world of archival history. It is a play about which historians and critics are still thinking quite a bit about.

He liked to tell me a story nearly every time we saw each other. Like other elders who enjoyed regaling the youth with their tales of old days, he seemed to recall that he told the story innumerable times, but enjoyed it nonetheless. When he first looked for a job in Cape Town, the white boss wouldn’t shake his hand. He asked him where the tap was, confusing the white boss, and said, no, he would wash his hands, and so maybe then the boss would shake his hand.

Ronnie’s theatrical career and activism were but two inseparable elements of his life’s work. Like most theatre activists and playwrights, he worked in so many other jobs, from journalism to teaching, to sales, to various other vocations. Theatre was, however, always his first and last home.

I was blessed to host him at a theatre festival and launch of my edited volume Beyond Bollywood and Broadway in New York 12 years ago. This volume includes his classic Lahnee’s Pleasure, as well as a play by another stalwart who sadly died last year, Kriben Pillay. Pillay’s Looking for Muruga continues the tradition begun, in some part, by Ronnie, of realist theatre depicting everyday Indian people in South Africa.

At that time, the term “South Asia” began to enter more common parlance in English and the publisher had encouraged the title Plays from the South Asian Diaspora. The term “South Asian diaspora” now may be known in certain circles in South Africa, but not for Ronnie. At that launch, he lovingly yet cuttingly mentioned that he didn’t write his plays because he was a “South Asian diasporic” f***ing playwright, whatever that was, but because he was a f***ing playwright, full stop.”

Before his play was read by a company of actors, he delivered a memorable keynote address, about his life, work, and activism. He regaled an audience with his own stories, but with a sense of the intellectual, the comic, and the tragic. This sense rarely comes out in most keynote addresses by celebrity academics or writers.

When his book Song of the Atman appeared in 2006, he tracked me down and got the publisher to send a copy to me in India, where I was at the time. I recall chatting with him afterwards about it. The last time I saw him was in 2019, at his home with his wife and biographer, Rajendra Chetty. He always asked about my family, though he never met my parents, about whom he always inquired, like every uncle, as those of us in the vast Indian diaspora know so well.

He was the best of so many worlds – of the imperious regisseur and playwright, the loving uncle who always had words of wisdom, the dynamic contrarian ready for a drink and an argument, the activist always standing up to racisms and corruptions of various kinds. Above all, a kind and considerate human being.

It is a cliché to say that they don’t make men like Ronnie anymore. In this case, the cliché is certainly true. He has now passed into the realm of our memories, our imaginations, and the stuff of legend. He would have been the first to crack a joke about such a development as he told me many times, what’s a char ou like you doing here? And then we would drink more, laugh more, and talk about nearly everything under the sun.

In the midst of so much death and despair, the world, and especially the land of his ancestors, remembering his unbeatable wit and his unmistakable laugh is something to cherish. We are surrounded by so much death right now, but knowing Ronnie makes one appreciate the vitality of a life.

Though he would have resisted being clubbed in with “great men”, his passing truly marks the end of an era. He was the grand old man of Indian South African letters, a sincere man among a sea of fakes and impostors. He lived through the rise and fall of apartheid, and through all sorts of post-apartheid problems, but what I always received from him was his giant-hearted approach to the world.

As his last play Thunsil (mischief-maker) demonstrates, he was above all a man who liked to laugh and appreciated the little things, the stuff of a good life. His many writings offer so much insight for the scholar, but he taught us the most important lessons through his own example of living life to its fullest. DM