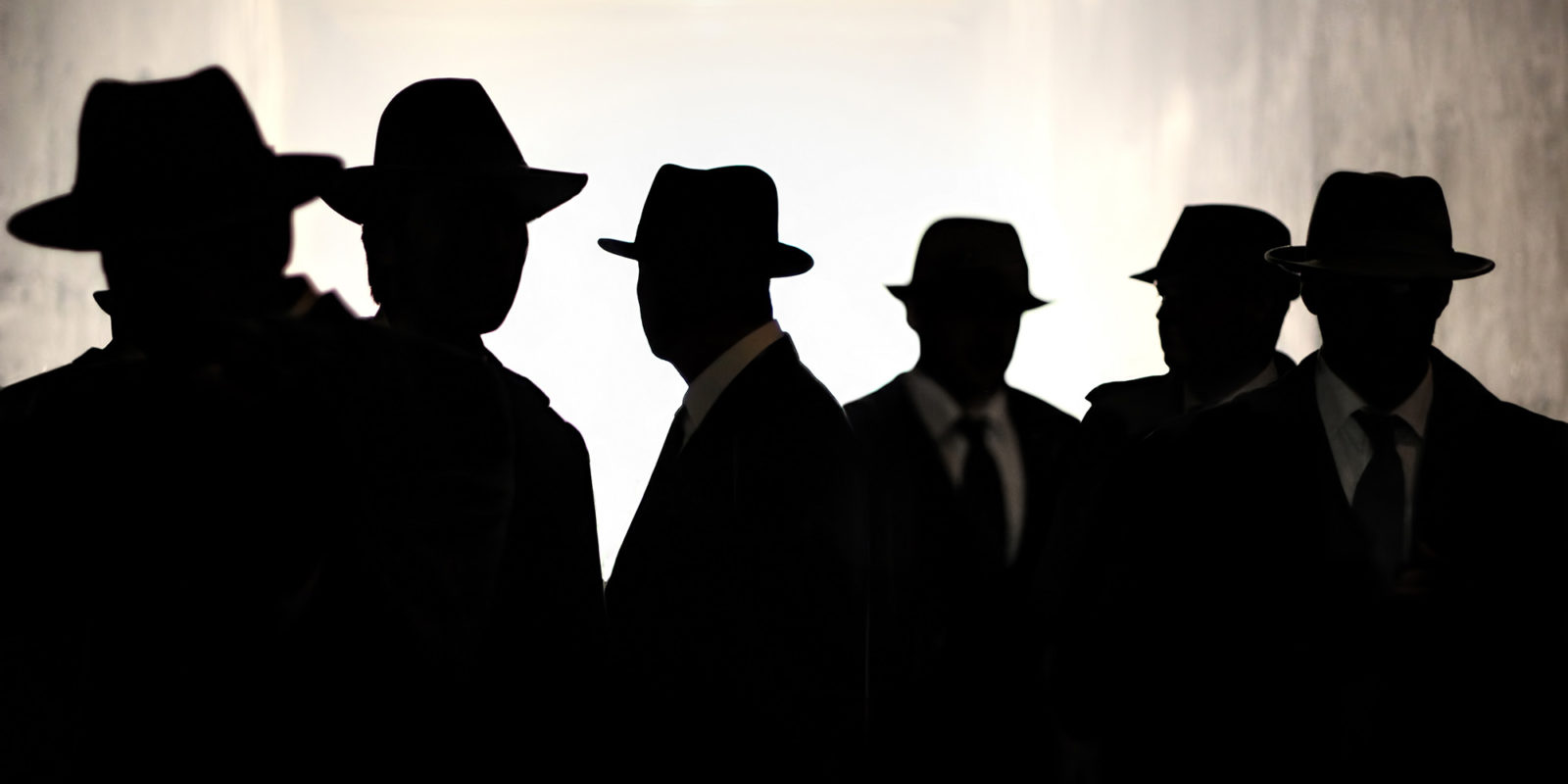 Recent years have seen a steady deepening of the relationship between politics and intelligence — one that has encroached upon the latter’s essential independence. As a result, South Africa’s official intelligence capacity can no longer be regarded as a national asset: rather, it seems to be the source of never-ending embarrassment, corruption and political shenanigans. It can — and must — be fixed.

In December 2018, the High-Level Review Panel into the State Security Agency (SSA) appointed by President Cyril Ramaphosa published its highly critical findings, saying that the growing contagion of the civilian intelligence community by the factionalism in the African National Congress (ANC) had progressively worsened from 2009.

The panel added that from about 2009 there was a marked doctrinal shift in the intelligence community from the prescripts of the Constitution, the White Paper on Intelligence, and the human security philosophy towards a much narrower state security orientation. It warned that the SSA had become a “cash cow” for many inside and outside the SSA.

As the SSA and crime intelligence (SAPS) have experienced revolving doors of ministers and directors-general/commanding officers for the past decade, it is almost impossible to come to any conclusion other than that South Africa’s official intelligence capacity can no longer be regarded as a national asset: rather, it seems to be the source of never-ending embarrassment, corruption and political shenanigans.

However, the fact that the existing intelligence entities are failing in their constitutional responsibilities and duties does not imply that the country no longer needs such a national capacity. The state requires unique, accurate and timely intelligence on issues, such as the conflict in northern Mozambique; the activities and impact of organised crime, including money laundering; drug, arms and people trafficking; foreign espionage (including the theft of technology and business plans); and radical domestic groups that might be planning violent activities in South Africa.

This brings us to the critical issue of prioritisation. It is easy for those in the state’s bureaucracy to be preoccupied with structures and the filling of vacancies — and even the High-Level Review Panel fell into this trap to a certain degree.

However, before people are placed in departmental organograms, the decision-makers should focus on the “what” before they discuss the “how and by whom”. A “fit-for-purpose” intelligence structure or structures must have a clear mandate. In other words, the clients of the intelligence product must, within the boundaries of available resources and capacity, dictate the short-, medium- and long-term tasks with which intelligence structures should keep themselves occupied.

Even then there is a definite proviso — these tasks must fit into the dictates of the Constitution, the rule-of-law principle, the limitations of the legal framework and the execution of the responsibilities must be transparent enough to enable effective oversight, notwithstanding the fact that intelligence work will almost always include an element of secrecy, including inimitable tradecraft.

However, there is a problem that goes beyond the remit of intelligence, namely that many national priorities are inherently vague. In the case of the Department of International Relations and Cooperation’s (Dirco) priorities, which should assist the foreign branch of the intelligence services to focus its own efforts, the principles of South Africa’s foreign policy are defined in very general terms:

One might argue that “new world order” issues, such as environmentalism, fair trade, human rights and international labour practices, to name but a few, might be included in South Africa’s intelligence priorities as they do fit into the country’s national value system, whereas the counter-argument would focus on the finite resources that should be spent on intelligence work in light of the country’s dire socioeconomic conditions.

While the 1994 White Paper on Intelligence is dated to an extent, and in need of fundamental review, it is not far off the mark when it defines intelligence as “the product resulting from the collection, evaluation, analysis, integration and interpretation of all available information, supportive of the policy and decision-making processes pertaining to the national goals of stability, security and development”.

One could probably argue that an official National Security Strategy (NSS) would assist greatly when determining intelligence priorities. For instance, the High-Level Panel recommended “the urgent development of an NSS as an overriding basis for redefining and refining the concepts, values, policies, practices and architecture involved in South Africa’s approach to security. Such a strategy should be widely consulted with the public and Parliament before formal approval.’’

This seems to be a sound proposal, although it has received little attention from the government, including from the security cluster of ministers.

So, what are the practical requirements for achieving a fit-for-purpose “vision”?

Modern organisations that outperform their peers are almost without exception under the leadership of extraordinary people. The top echelon of a fit-for-purpose intelligence service will, at a minimum, be required to grasp the challenges that characterise the modern world. Their qualifications will contribute to such awareness, and political links or “cadre deployment” should not come into play.

Although consisting of strong individuals, the leadership group will be team players with the ability to get along with colleagues in other departments, as well as with the chiefs of other international intelligence services. Some experience in the private sector will be a plus factor, as would a more-than-basic understanding of information technology trends, project management and financial planning, as well as financial oversight/control.

As far as employees are concerned, preference should be given to people with a solid academic background, including education, journalism, international relations, the economy and information technology. Multilingual skills will be equally important, with specific reference to indigenous languages, as well as the languages used in countries relevant in terms of the intelligence priorities.

However, in-house training is often more important than academic background. This should not only include tradecraft and analytical techniques, but also project management, including financial planning and control, interpersonal skills and information technology. More senior personnel should be exposed to cross-departmental training, for instance attending Dirco’s cadet courses and the SANDF’s senior officer training (this might be problematic for undercover operatives, but there are ways to circumvent such challenges). Where appropriate, foreign intelligence services should be used to assist with training, even within their countries.

The purposes of intelligence in a democratic South Africa are outlined in the White Paper on Intelligence: to provide policymakers with timeous, critical and sometimes unique information to warn them of potential risks and dangers; and to identify opportunities in the international environment through assessing real or potential competitors’ intentions and capabilities. This competition may involve the political, military, technological, scientific and economic spheres — particularly the field of trade — and to assist good governance, through providing honest, critical intelligence that highlights the weaknesses and errors of government.

The shortcomings of the white paper aside, these guidelines are still useful. We will concede that certain intelligence tasks require a strong covert or secrecy element, including the targeted interception of communication, for instance, counter-terrorism, organised crime and counter-espionage (with both the state and private commercial activity as potential targets for foreign intelligence services or even public and private companies). However, our preference is for intelligence to become a useful contributor to national decision-making because of the following:

In addition, there is a clear need to redesign all processes, from corporate services to operations. The emphasis should move away from the “silo” approach to project-driven operations, aimed at specific outcomes, and with strict time frames and project budgets. This implies fewer managers and a sharp increase in relevant experts.

In light of the recent crises affecting the South African intelligence environment, and the concomitant failure of oversight, it is probably necessary to add a few notes on the issue of oversight. Parliamentary and preferably civil society oversight clearly need to be expanded and improved. The current system is ineffective and has contributed to the blatant politicisation of the SSA and intelligence in general, including crime intelligence.

However, external oversight will never be sufficient — an intelligence environment free of scandal and inefficiency requires a senior management structure staffed by people with proven integrity and exceptional management skills, thus setting the example and acting ruthlessly when transgressions are demanded by political leadership or practised by intelligence officers, both discreetly and overtly.

The core proposition of this article is therefore that South Africa should move away from a highly secretive (and over-staffed) intelligence design — one that encourages delinquency and tempts political interference — to an architecture that is focused on fewer priorities (and geographic responsibilities) where quality analysis is used to add decision-making value to future-focused reports.

The government’s primary focus should be the dire socioeconomic conditions facing the vast majority of South Africa and the region’s population. To understand and manage these conditions should not require a large, expensive, inflexible, secretive “spy network”, but rather a small, world-class analytical capacity, making maximum use of new information technology, practising multi-source techniques.

This article is based on the paper Building a Fit for Purpose South African Intelligence Service published by The Brenthurst Foundation.

After working in government in various intelligence roles, Nel Marais established his own consultancy company, Thabiti, which focuses on risk management, business intelligence, as well as business facilitation. He works closely with government officials and private business entities in Africa and other parts of the world.