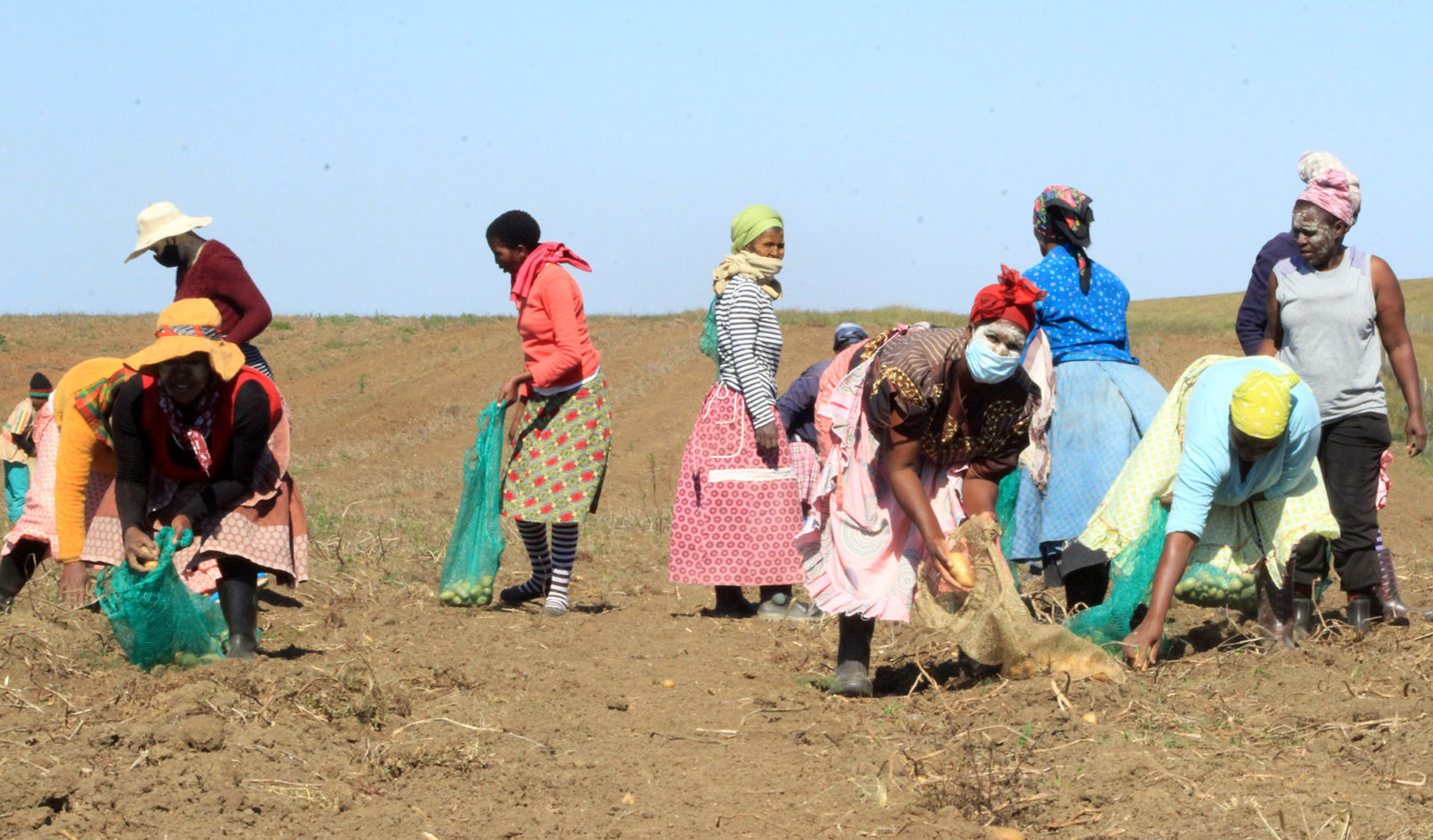 A communal farming project is offering residents of poverty-stricken Libode village a way out.

Hit by difficult economic times and a provincial unemployment rate hovering around 47%, the Libode district in the OR Tambo District Municipality in the Eastern Cape is a tough place to live.

Most people in the area feed their families by subsistence farming on communal land, and a six-year-old agricultural project run by a group of military veterans is helping to make a difference in their fight against poverty and desperation.

The Iringa Multipurpose Co-Operative, run by veterans of uMkhonto weSizwe (MK)and other military organisations, was set up in 2015.

Jongilizwe Mbovane, the chair of the co-operative, said the project began with five military veterans assisting learners around Libode with school uniforms.

“Then we started this farming project with the OR Tambo District Municipality, Potatoes South Africa and the Department of Agriculture to fight poverty. Our traditional leader managed to give us 267ha of land,” Mbovane said.

The project supplies local supermarkets with potatoes and is monitored by the Kei Fresh Produce Market, Potatoes SA, the municipality and other stakeholders.

“Being unemployed is a big challenge; you do not have a value. Some of us do not receive any stipends and this project is our only source of income,” he said.

If the project had more resources, it could expand to help other poverty-stricken villages in the area, he added.

Mbovane joined the then South African Defence Force in 1990. When he took a severance package in 1998, he returned home to Libode, which is between Port St Johns and Mthatha.

Here, he started the Iringa Multipurpose Co-operative in 2015 along with veterans Malusi Sotyifa from the Azanian People’s Liberation Army (Apla), MK veterans Hamilton Ndodomzi Lumko and the late Boy Poswa, as well as a retired soldier from the former Transkei Defence Force, Sandile Mpongwana.

Mbovane said the project had yielded positive results in the area, including creating jobs for young and elderly people.

They had plans to start pig farming and to include more livestock in their projects in the coming year, he said.

Agriculture has been identified by the Eastern Cape provincial government as the sector that could provide a much-needed economic boost to the struggling province.

In his state of the province address in February, Eastern Cape Premier Lubabalo Oscar Mabuyane said the agriculture sector was one of the sectors that had shown positive growth throughout the Covid-19 pandemic last year.

In its latest integrated development plan, the OR Tambo District Municipality described the Libode area as one with “considerable agricultural potential, although there has been limited exploitation of this potential”.

It is this potential that is being realised by the Iringa Multipurpose Co-Operative.

Twenty-two-year-old Qaqambile Poswa, the son of one of the co-founders Boy Poswa, said his father had started the potato project to alleviate poverty in the rural areas of Libode.

Poswa, who is a business management graduate, is now a member of the project as a beneficiary.

“I have learned a lot since joining the project and I’ve been wanting to do farming. I have attended a number of agricultural courses and now I understand the various diseases. And I know how to harvest potatoes,” he said.

Nokubonga Makhwenkwe (40) joined the project last year. “I am now able to look after my five children. Before I joined this project, we went to bed with empty stomachs but things have changed now.” DM168