Zimbabwean journalist Hopewell Chin’ono wins court battle, but not yet the war 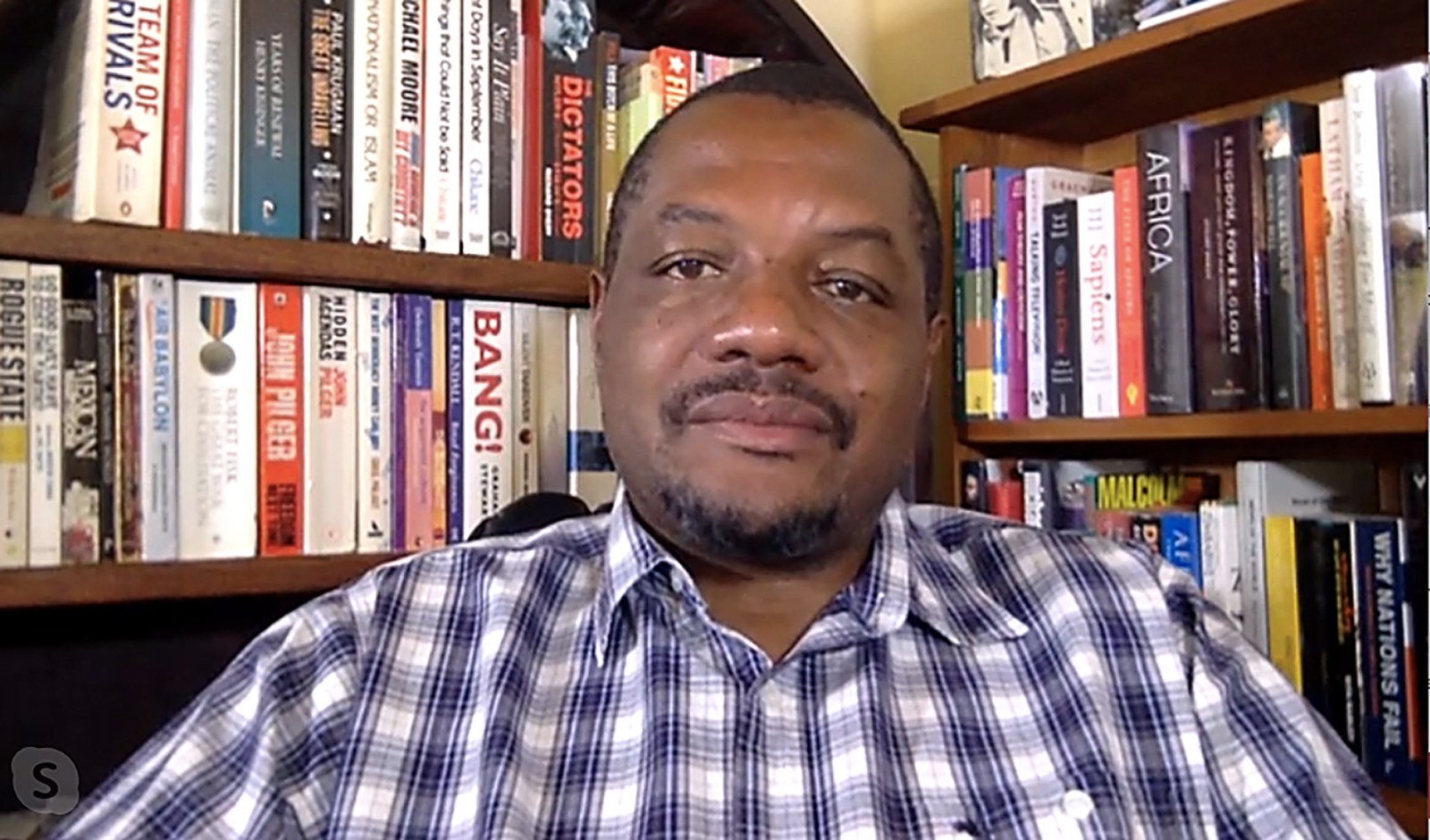 Zimbabwe journalist and documentary filmmaker Hopewell Chin’ono was vindicated by a court ruling this week, but he has two further cases hanging over his head.

After the court ruling by High Court Justice Jester Charewa on 28 April that quashed criminal proceedings against him, the acclaimed journalist appeared resolute and immediately took the fight back to the State by suing them for “wrongful arrest, detention and malicious prosecution”.

Chin’ono, a critic of President Emmerson Mnangagwa’s rule, was being prosecuted on charges of “publishing or communicating false statements prejudicial to the State as defined in section 31(a)(iii) of the Criminal Law (Codification and Reform) Act”, after claiming that he had tweeted that a child had been beaten to death by a police officer while on her mother’s back at a taxi rank.

The freelance journalist was arrested by the Zimbabwe Republic Police on 8 January 2021 and placed on remand for 20 days. Chin’ono’s persecution was ended by High Court Justice Jester Charewa on 28 April after Zimbabwe Lawyers for Human Rights (ZLHR) successfully petitioned the High Court, challenging the decision by Harare Magistrate Lazini Ncube to place the journalist on remand based on a “non-existent charge”.

Chin’ono’s lawyer, Harrison Nkomo from ZLHR, told DM168 that the judge had quashed the charges and also declared that section 31, which criminalises communication of falsehoods prejudicial to the state, “is no longer part of our law, as it was cut down by the Constitutional Court a long time ago”.

Sikhala, who has been arrested a record 60 times during his political career and vows to continue fighting, told DM168 after the ruling: “We can’t say the ruling is victory for democracy in Zimbabwe … we should understand the charges against us were generated from a non-existent law.”

Chin’ono is not out of the woods yet. The whistle-blowing journalist’s recent vindication by the High Court is related only to his third arrest in a period of six months and has yet another case before the courts in which he is accused of a planned anti-government protest in July 2020, of “inciting people to participate in a gathering with intent to promote public violence, breaches of peace or bigotry as defined in section 187(1)(a) of the Criminal Law (Codification and Reform) Act as read with section 37(1)(a)(i) of the Criminal Law (Codification and Reform) Act”.

The state also pressed alternative charges of “incitement to commit public violence as defined in section 187(1)(a) as read with section 36(1)(a) of the Criminal Law (Codification and Reform) Act”.

These allegations emanated after Chin’ono helped expose the looting of millions of public funds that were meant for procurement of Covid-19 requirements.

While out on bail on the first charge, Chin’ono was again arrested on 3 November 2020 for allegedly flouting his bail conditions. As part of his bail conditions, Chin’ono had been required to stop using his Twitter account, but continued posting in October of the same year.

He was then charged with “contempt of court as defined in section 182(1)(a) and (b) of the Criminal Law (Codification and Reform) Act”.

Chin’ono told DM168 that the judgment indicated that there was “no respect for the rule of law in Zimbabwe”.

“The government – especially the president and his cohorts – doesn’t respect the rule of law as it uses the law to persecute its enemies and intimidate citizens from exercising their constitutional rights.”

Crisis Group senior consultant for Southern Africa, Piers Pigou, told DM168 that the ruling was a vindication of Chin’ono’s claims to innocence, “but it reflects the dire state of the selective manipulation of the criminal justice system by the courts, promoted by politicised prosecutors and captured magistrates”.

“It’s rather a reflection of the extent to which we see institutional distortions at play in the criminal justice system in Zimbabwe,” the research and advocacy consultant added.

Chin’ono, Sikhala and Mahere are among a number of journalists and opposition members and activists who have been jailed or are facing multifaceted criminal cases before the courts.

Chairman of the Movement for Democratic Change Alliance Youth Assembly, Obey Sithole, was arrested on Monday, 26 April 2021 outside Rotten Row Magistrates Court and charged with “criminal nuisance as defined in section 46 of the Criminal Law (Codification and Reform) Act”.

Sithole is alleged to have participated in an anti-government demonstration held in the capital, Harare, on 1 April 2021, calling for the release of jailed activist Makomborero Haruzivishe.

On 6 April 2021 Haruzivishe (29) was sentenced to 14 months in prison for inciting public violence after he allegedly whistled to signal an anti-government demonstration in Harare. At least six youths who had come in solidarity on the day Haruzivishe was sentenced were arrested and are awaiting trial for unlawful gathering.

MDC Alliance, Harare West constituency legislator Joana Mamombe and the party’s youth leader, Cecilia Chimbiri, have been in detention at Chikurubi Maximum Prison for more than two months after they were arrested on 5 March 2021 and charged for allegedly contravening lockdown regulations after they convened a media briefing outside the Harare Magistrates Court calling for the release of Haruzivishe.

The two have appealed for bail a record four times and ruling will be made on Friday, 30 April.

Last week Mamombe was taken by prison officials from a hospital bed at a private clinic in the capital, where she was allowed to be attended by a private doctor after falling ill in prison.

These take place as Zimbabwe marked 41 years after independence from British colonial rule on 18 April 1980.

After liberation in 1980, four decades of Robert Mugabe’s rule saw the birth of draconian media laws like the Access to Information and Protection of Privacy Act and the Public Order and Security Act enacted to quash freedom of speech and dissent.

These two laws were repealed but again replaced by an equally repressive law, the Maintenance of Peace and Order Act.

Chin’ono’s court order is yet to be processed and is expected to be collected by his lawyer on Friday, 30 April 2021. DM168

Fazila Mahomed is a journalist and producer.