What has been granted in the Tafelberg leave to appeal? 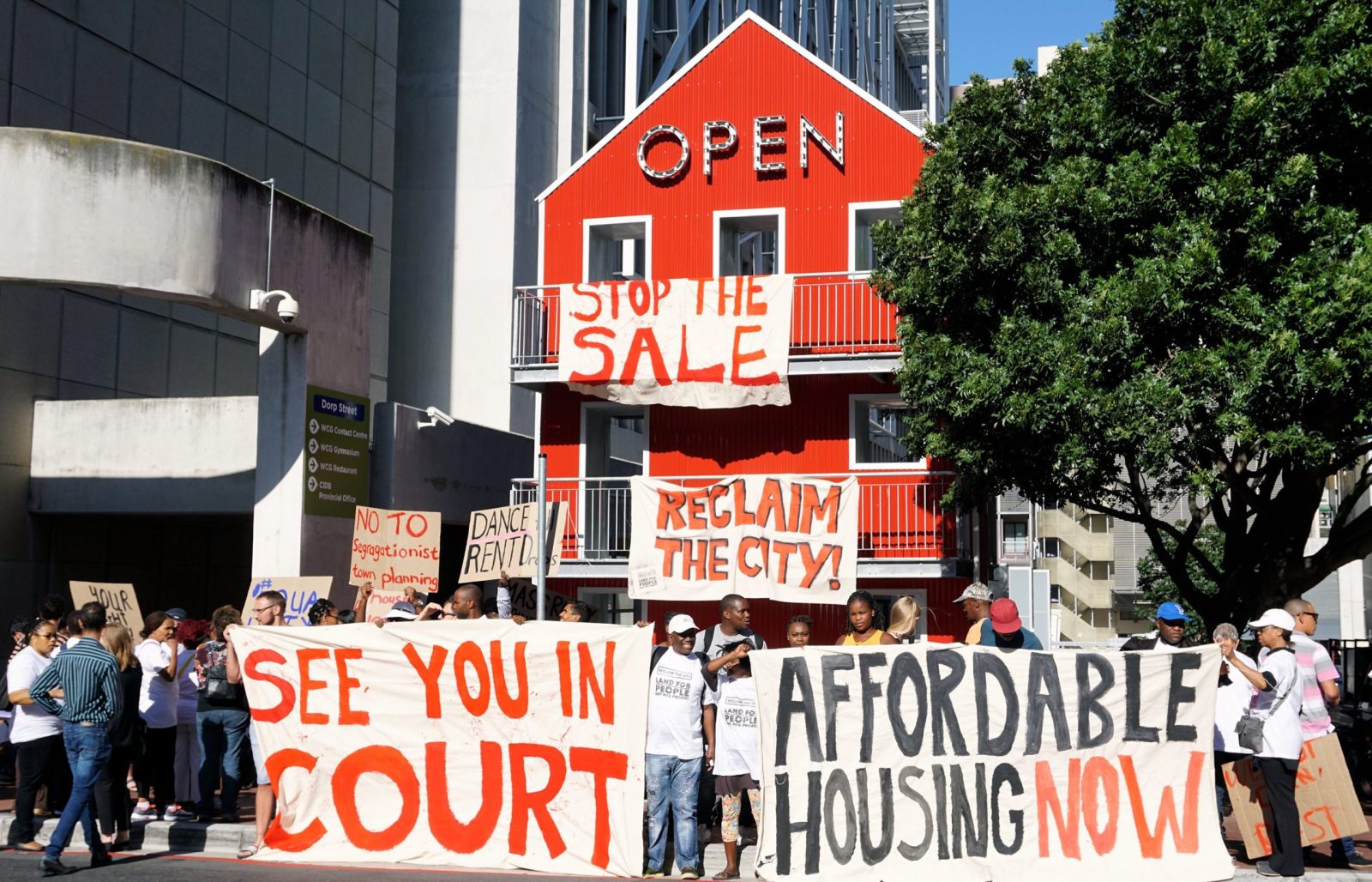 Reclaim the City supporters protest in April 2016 against the sale of the Tafelberg property in Sea Point. (Archive photo: Naib Mian)

Leave to appeal the sale of the Tafelberg property was denied, but a higher court is to hear appeals on a number of related issues.

On 23 April, Judge Patrick Gamble, with Judge Monde Samela concurring, ruled on the applications by the Western Cape Provincial Government and the City of Cape Town for leave to appeal the Tafelberg property judgment.

A press release from housing activists Reclaim the City (RTC) and Ndifuna Ukwazi headlined that the high court had dismissed the appeal against the landmark Tafelberg judgment that set aside the sale of the Tafelberg site (despite the fact that the purchaser, Phyllis Jowell Day School, had withdrawn from the sale).

The Province also sought to appeal the order that declared Sea Point, where the Tafelberg site is located, a Restructuring Zone, making it eligible for social housing capital grants. Leave to appeal this was also denied.

However, while it is technically true that leave to appeal the sale was denied, nine of the orders made against the Province (seven of which are shared by the City) in the RTC application will be heard by the Supreme Court of Appeal.

Six of the orders made in the Gamble/Samela judgment talk to the constitutionality of the Tafelberg matter. With these, the judges found that the Province and City had not met their constitutional obligations “to foster conditions which enable citizens to gain access to land on an equitable basis” and to progressively realise “access to adequate housing”.

The court found that the local and provincial governments had not taken “adequate steps to redress spatial apartheid in central Cape Town”, and the court ordered that they comply with their constitutional and statutory obligations by developing a plan to address these obligations. The judgment made these constitutional obligations binding on both the City and the Province.

The court ordered both the Province and the City to file reports to the court on the steps they had taken to address this shortcoming, and gave RTC leave to respond to these reports.

Gamble and Samela have now granted both the City and Province leave to appeal these constitutional parts of the order.

The court found that the City’s appeal had reasonable prospects of success, as the order may be understood to have “impermissibly conflated the duties and functions of the two spheres” as argued by the City’s counsel, by making the order binding on both spheres.

The Province was also granted leave to appeal the constitutional relief, but on different terms to the City. Here, Gamble and Samela acknowledged that their orders are “wide-ranging and break new ground” and that the “interests of justice” demand that they be tested in front of a higher court.

The court had found that the Province had no suitable policies in place to address its constitutional obligations. In reply, the Province argues that the court has breached the separation of powers principle – a claim strongly denied by the judges.

The judges expressed surprise that the Province had decided to litigate against the order, rather than developing policy to addresses spatial apartheid; a self-admitted deficiency.

The 10th and 11th orders of the judgment relate to regulations of the Western Cape Land Administration Act (WCLAA), which were found to be unconstitutional and invalid. Leave to appeal was granted here to the Province.

The WCLAA governs the manner in which the Province can buy and sell land. In the Tafelberg sale, the public participation process only happened after the sale of the site and its terms had been agreed upon. Although in line with the WCLAA, it is contrary to what the Constitution demands of decisions that affect the public. The court found that these regulations “fly in the face of a sensible administrative process”.

Gamble and Samela found the Province’s reasoning for leave to appeal these orders “difficult to follow” and they had “significant reservations about the prospects of success on appeal”. Nevertheless, leave to appeal was granted as finding that these regulations were invalid will have a bearing on forthcoming disputes relating to the disposal of provincial land.

Gamble and Samela also granted the Province and the City leave to appeal the cost order, which was imposed on the two spheres jointly.

The City argued that the burden of costs should not fall on them as the City had not opposed the opposition to the sale of Tafelberg, nor the challenge to the WCLAA regulations, nor even the restructuring zone issue. As such, they should not be liable for half of the costs; at most, they argued, they should bear 10% of costs. The court ruled that if the City should be granted leave to appeal the cost order, then so too should the Province be afforded that same right. DM