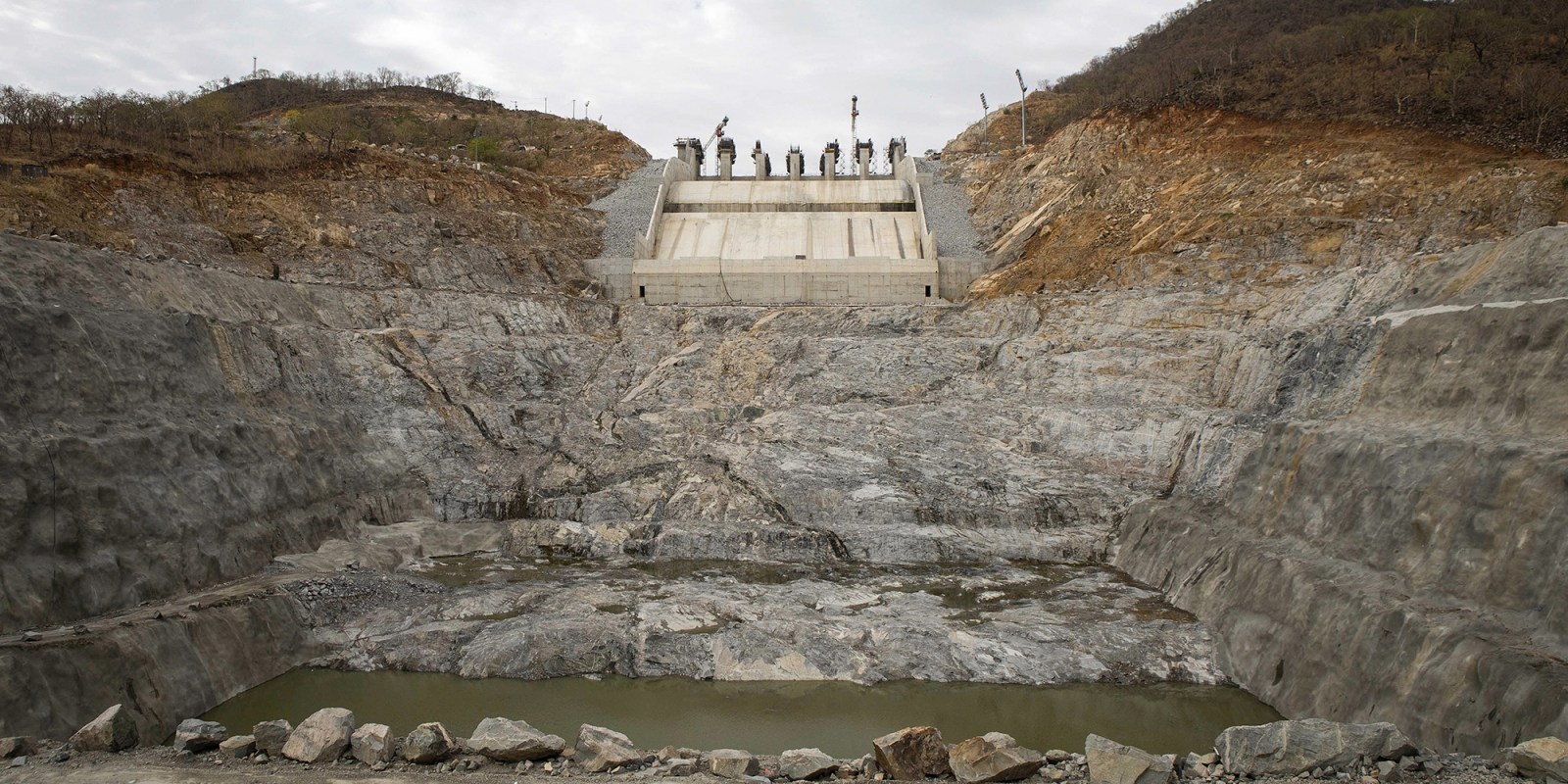 Ethiopia will almost certainly undertake a second filling of the 74 billion cubic metre capacity reservoir of the Grand Ethiopian Renaissance Dam if there is no prior agreement otherwise among Ethiopia, Egypt and Sudan. Despite a decade of annual growth rates as high as 10%, and a pipeline of major Chinese investments, Ethiopia remains a desperately poor country with a GDP per capita below $1,000. (Photo: Zacharias Abubeker/Bloomberg) via Getty Images

African Union efforts at striking a GERD deal between Egypt, Ethiopia and Sudan have thus far floundered as an inevitable flashpoint between the three nations over the dam draws nearer.

Tensions are once again rising among Ethiopia, Egypt and Sudan, along with the water in the Grand Ethiopian Renaissance Dam (GERD). The annual rainy season is fast approaching. Ethiopia will almost certainly undertake a second filling of the 74 billion cubic metre capacity reservoir if there is no prior agreement otherwise among the three disputants.

A deal seems remote, as there are no signs of even an imminent resumption of negotiations. The last round of African Union-led negotiations ended in Kinshasa on 5 April, without any glimpse of an accord on how to manage the huge dam Ethiopia is building on the Blue Nile, upstream of Egypt and Sudan, to generate 6.45 gigawatts of hydro-electric power.

Egypt indicated before Shoukry’s tour that it might refer the dispute to the United Nations Security Council as it tried to do last July before South African President Cyril Ramaphosa intervened. As African Union (AU) chair at the time, he persuaded the parties to accept the AU as mediator. But Ramaphosa failed to clinch a deal in some six months of negotiations – and now his successor as AU chair, DRC president Félix Tshisekedi, has also failed.

The hints of Egypt’s intentions to try to go back to the Security Council included some sabre-rattling from president Abdel-Fattah el-Sisi, who warned Ethiopia not to “touch a drop of Egypt’s water, because all options are open.” Another clue was a letter Shoukry wrote to the Security Council, urging it to persuade Ethiopia not to take any action on the dam before reaching a legally binding agreement with Egypt and Sudan.

He warned that failure to reach consensus would harm Egypt and Sudan’s water interests and security, increase tensions throughout East Africa and the Horn, and “constitute a serious threat to international peace and security.” It is precisely the mandate of the Security Council to address such threats, so Shoukry appeared to be setting the stage to seek council intervention.

Sudan’s irrigation minister Yasser Abbas also mentioned referring the dispute to the Security Council if Ethiopia started a second filling of the dam without agreement among the three countries.

However at their meeting last week, Shoukry didn’t lobby Ramaphosa to support a Security Council referral. Instead, he said Egypt would ask Tshisekedi to convene a special meeting of the AU Bureau to plot a path forward. There are no signs that such a meeting is imminent, despite the second filling’s looming deadline. Presumably, though, Egypt could still use the AU Bureau meeting to raise a request for the Security Council intervention.

Egypt and Sudan – which fear the impact of unregulated water flow downstream of GERD – both seek a legally binding agreement on the dam’s operation, including how quickly it is filled, how much water is released in long droughts and a dispute-resolution mechanism. Ethiopia regards the dam as a sovereign issue and has refused to be bound by anyone else on how it operates GERD.

Whether the identity of the mediators is critical – or is something of a smokescreen – isn’t clear. There are suspicions that ‘forum shopping’ has been going on. From November 2019, the United States was the lead negotiator but seemed to favour its ally Egypt over Ethiopia. Ethiopia rejected a compromise proposal drafted by Washington in February 2020.

There were some suggestions that Egypt felt the South African-led AU mediation favoured Ethiopia, although all three parties rejected Pretoria’s draft framework. At his meeting with Ramaphosa last week, Shoukry said Egypt was ready to reconsider this compromise.

When South Africa handed the AU chair to the DRC in February, Egypt and Sudan tried to widen the AU’s mediation by adding the UN, US and European Union, who were already acting as observers. But Ethiopia rejected this, preferring to continue with the AU leading the mediation.

After the Kinshasa round failed, Egypt appeared to be reviving the quartet mediation option. However, Ethiopia’s ambassador to South Africa, Shiferaw Menbacho, made it clear that Ethiopia wishes to continue with the AU-led mediation.

“Ethiopia has been ready always for tripartite negotiations including under the chairmanship of [the] AU. Ethiopia trusts and respects African solutions as a matter of continental sovereignty, dignity and identity,” he said.

So where to from here? Mohamed Diatta, Institute for Security Studies (ISS) Researcher, agrees that “The AU should stay the course and use its convening power to bring all three parties together … particularly as tensions are sure to flare up again around the next filling of the GERD.” This would help prevent a confrontation “that would have disastrous consequences for the countries involved and the region,” he added in the latest ISS PSC Report.

But could the AU succeed as mediator when it has already failed under two AU chairpersons? Diatta suggests it can, though he adds that the AU “should also reflect on how to create a more conducive framework and process for the negotiations, including a clearly defined mediation process.”

Maybe that would provide the catalyst to kickstart the stalled negotiations. Or perhaps the parties should consider a different configuration. There seems little point in including the US and EU in a formal mediation role, but it might make sense to bring in the UN as co-chair with the AU. That could address Egypt’s apparent suspicion that the AU favours Ethiopia – while also addressing Ethiopia’s anxieties by keeping an AU hand in the process.

It’s hard to say where the standoff might end if no agreement is reached. El-Sisi’s sabre-rattling has been echoed by some Egyptian military analysts. They also point to recent joint military exercises between Egypt and Sudan as a warning that the two countries could resort to force if Ethiopia proceeds with the second filling.

Clearly, the dispute is souring relations among three important African countries, and there is a danger of a flashpoint. This suggests the GERD dispute is a legitimate subject for Security Council attention, and that this option may be needed if negotiations don’t succeed soon. DM