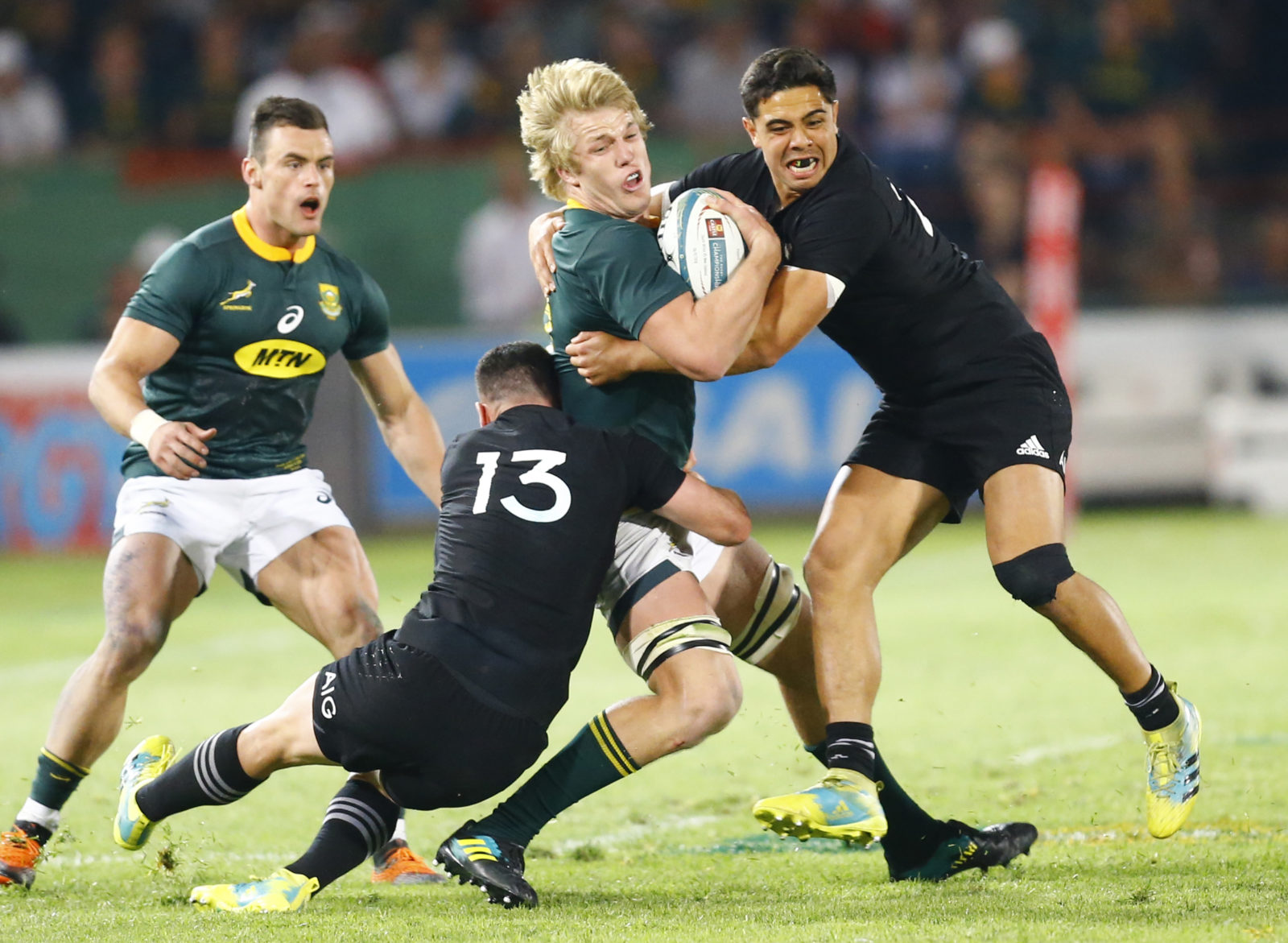 Reigning World Rugby Player of the Year (there was no award in 2020), Pieter-Steph du Toit makes his long-awaited comeback to professional rugby this weekend.

The last time Pieter-Steph du Toit played a game of rugby, South Africa had only heard and seen reports about a strange respiratory virus emerging from China and causing some concern in Italy.

“Covid-19”, “pandemic” and “lockdown” were not part of our lexicon yet. Super Rugby still existed, Newlands was still home to rugby in the Western Cape and the Stormers were not part of a northern hemisphere provincial rugby competition.

It all seems like a lifetime ago, just as it feels like decades since Du Toit was mowing down Englishmen in the final of Rugby World Cup 2019, or marauding in a Stormers jersey a few months later.

But a rare injury nearly cost Du Toit his leg and his career. It required three operations and months of rehabilitation and even then it wasn’t clear if he would ever walk properly, let alone play.

Thankfully, this weekend Du Toit is back on the field, wearing a Stormers jersey when his side meets the Sharks in a Rainbow Cup SA match. The 2019 World Player of the Year has been included in the starting lineup for the encounter at Cape Town Stadium.

A total of 398 days would have passed between sustaining acute compartment syndrome against the Blues in a Super Rugby match, and this weekend’s outing against the Sharks.

“It’s been almost 15 months off the field and I’m really excited to be back,” a fit and confident-looking Du Toit said. “There were a lot of setbacks which kept me off the field for so long, but now all I want to do is get the basics right.

“Being able to be back on the field following an injury like this is a blessing for me. I’m in a good space because I’m at the stage of my career where I want to be competitive and serious, but I’ve also realised you can do it with a smile on your face.

“During this long period I was out of the game, I learnt a lot about life and about myself. It was a good thing for me, I think.”

Acute compartment syndrome is a potentially fatal condition that blocks blood supply from one area of the body to another as a result of an inflamed muscle compartment. Following trauma, the fascia – the connective tissue that keeps the muscle in place – cannot stretch and the resultant swelling causes a disruption in blood flow to nerves, capillaries and muscles.

Du Toit was only the 43rd person in recorded medical history to have suffered this condition. And it’s happened to him twice.

Thanks to fast-acting Stormers team doctor Jason Suter, who recognised the signs of the obscure ailment, Du Toit made it to surgery in time. Any longer and his leg could almost certainly have been amputated.

After taking two heavy blows on his thigh while playing for the Stormers against the Blues on 29 February 2020, Du Toit hobbled from the field midway through the second half.

“Initially I just went to the sideline and had ice strapped around my leg to reduce the swelling,” Du Toit told Daily Maverick in 2020. “When the final whistle blew I stood up to shake hands with the opposition and I immediately knew something was not right. I could not feel my leg.

“I had suffered a similar injury in 2010 when I was in my final year of high school, so I said to the doc that we needed to keep an eye on it. He agreed and immediately sent me to hospital for a check-up.

“When I got to the hospital I wasn’t in pain but there was this odd sensation of pressure in the leg – like my thigh wanted to explode. It swelled up because there was nowhere for the blood to go. I didn’t respond to meds and the specialist quickly took me into surgery to relieve pressure and get blood to the lower leg.”

The initial operation saved his leg but the wound was massive. A slice the length of his thigh (about 40cm, Du Toit estimated) was left open for more than a week. The muscle in his thigh was so inflamed that doctors could not pull the skin over the gash to stitch it.

He had a second operation to try to close the wound and still the gaping chasm could not be sealed, leaving the doctors no choice but to put on a vacuum dressing that keeps the wound covered while the swelling reduces.

After 12 days, doctors were able to stitch the wound, but by then Du Toit had lost nearly 10kg, much of it from loss of muscle mass in his leg.

Du Toit is no stranger to pain. He has earned 55 Test caps, won a World Cup, a Rugby Championship, captained the Springboks, was South African Player of the Year three times (2016, 2018, 2019) and World Player of the Year in 2019. It’s a quite remarkable body of work for someone whose own body has suffered more than any person should in a lifetime.

Du Toit has had left- and right-ankle surgery, two knee operations, a cracked sternum and, perhaps most serious of all, the acute compartment syndrome, which nearly cost him his left leg. Twice. That’s not even listing the usual rugby ailments of dislocated fingers, muscle tears and general battering.

“We’re all excited to have Pieter-Steph back because we know he is the best player in the world,” said Stormers forwards coach Rito Hlungwani. “What he brings to the table is amazing.

“He is so experienced and gives so much input to the youngsters. It’s almost like having an extra coach on the field, but at the same time he has such a high work rate and work ethic as a player. He never stops running and has no regard for his own body when he’s playing.”

Suter will be one man watching Du Toit’s comeback with keen interest and a little trepidation.

“Every injury you have is about pushing the envelope to get the player back on the field as quickly as possible, but never at the expense of his health,” Suter said.

“There is always a fine line between making sure the injury is healed and ensuring the player is confident, his reactions are good and all the neuromuscular systems are working properly to avoid a recurrence of the injury or another injury.

“We’re proud of the hard work Pieter-Steph has put in, and we look forward to seeing what is really a ‘new debut’ for him.” DM