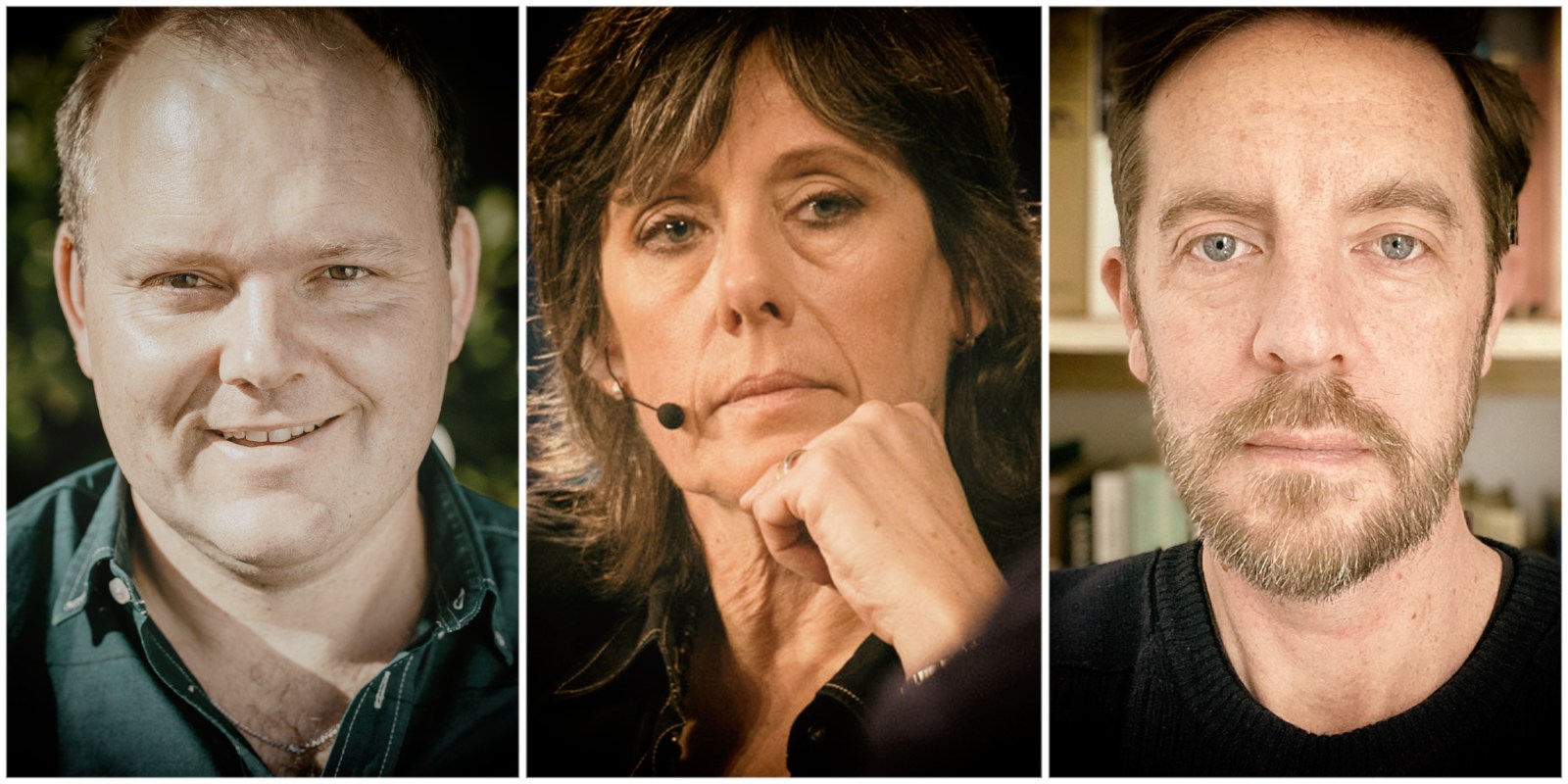 In South Africa, ‘we are victims of a succession of utterly corrupt bastards’, said journalist Marianne Thamm at a webinar on a new book tracking the country’s history of corruption.

Matthew Blackman and Nick Dall’s new book, Rogues’ Gallery: An Irreverent History of Corruption in South Africa, from the VOC to the ANC, is a comedic map of “dodgy dealings” in South Africa from when the country’s history was first written down.

In a Daily Maverick webinar hosted by journalist Marianne Thamm on Thursday, the authors discussed their book and its characters, and pondered if corruption in South Africa will ever come to an end.

Extensively researched by its writers, Rogues’ Gallery “adds to a body of work which presents an understanding for us of what corruption actually is”, commented Thamm. And unless one attempts to understand the forces that drive corruption in South Africa, there is no way to mitigate it, she said.

Long-time friends, Blackman and Dall have written widely on corruption in South Africa.

The pair spent a considerable time thinking of a topic for their book, and when the history of corruption in South Africa came up, they said it struck them as “quite odd” that nobody had attempted a book on this topic before.

In the book, Blackman and Dall make the characters — villains, rebels and whistle-blowers — come to life, commented Thamm.

“If it were up to me I’d have this book in every single school in the country, because one teaches history in such a way that it becomes vivid,” she said.

From a never-ending supply of crooks to choose from, Blackman and Dall picked a select few to home in on — beginning with Van der Stel, and moving to the likes of Lord Charles Somerset, Paul Kruger, members of the Broederbond, homeland leaders and ending with former president Jacob Zuma.

The inclusion of certain corrupt characters in the book, such as Rhodes, was obvious, said the authors. 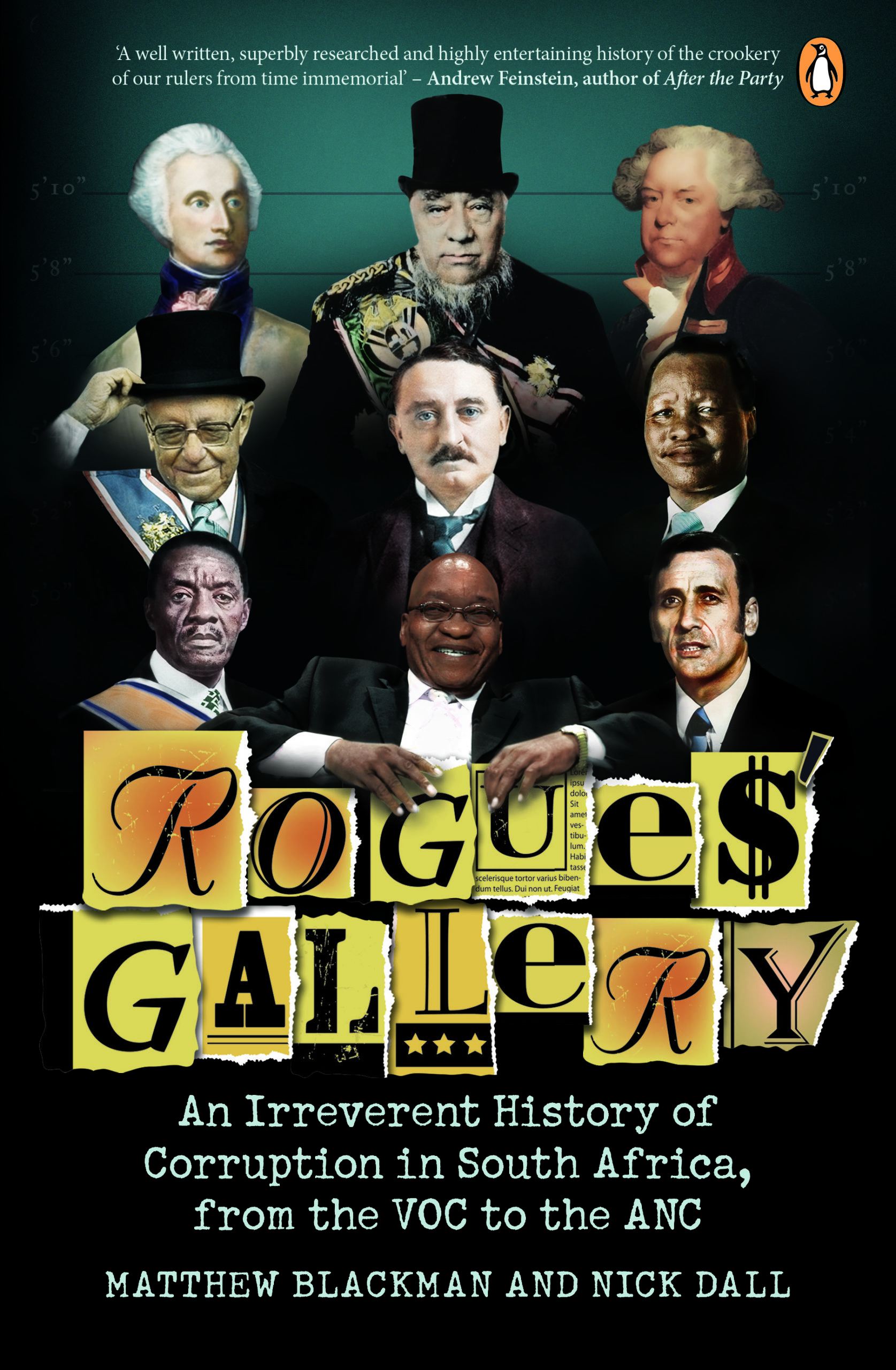 Rhodes stands out as one of the “most bloody-minded, ambitious, ruthless” individuals, said Thamm.

“I think, in many ways Rhodes was kind of like Zuma in that he was an absolutely hollow man,” said Blackman.

Everything he did was to advance his own interests, added Blackman.

Other character choices were less clear and required extensive searching, said the authors.

Sir George Yonge, otherwise known as the “Lofty Twaddler” and described as an “ignorant imbecile” who privatised the Company’s Garden near Parliament and was found guilty of peculation, or embezzlement on countless occasions, is both Blackman and Dall’s favourite character in the book.

Dall said his finding of Yonge’s wrongdoings began with extensive research in historical archives, but he found “comedy gold” in Yonge, cementing the authors’ decision to include him.

Interestingly, the era of Jan Smuts and James Barry Hertzog is not included in the book and the authors attributed their non-appearance to being unable to “find anything juicy enough to fill a whole chapter”.

“But we are working on another book on the elections that shaped South Africa, and Jan Smuts and Barry Hertzog feature heavily,” said Dall.

Rogues’ Gallery also includes a chapter on the murders of National Party politician Robert Smit and his wife, Jean-Cora, in 1977.

“We wanted to have a murder in the book, and this seemed like the obvious one. There have been whole books written on the Smit murders and we don’t attempt to solve the murder,” said Dall.

Although the murder has not been solved, what has become apparent is that it had been ordered by those at the very top of the apartheid government, said Dall.

“We put it in there because we wanted to show… that these people were prepared to kill to keep the corrupt boat sailing,” said Dall.

The book continues with a rogues’ gallery of homeland leaders, including Lucas Mangope and the Matanzima brothers. It proceeds to apartheid-era chemicals doctor Wouter Basson — nicknamed Dr Death by the press — who went on trial in the Pretoria High Court in 1999 on counts of murder, conspiracy to murder and fraud, and was acquitted in 2002 of all charges, and ends with Zuma.

“Will we ever get rid of corruption? Is it possible?” Thamm asked the authors.

Both Blackman and Dall seemed to agree that corruption will never cease to exist.

Corruption is part of sociopolitical life, said Blackman. But what we can do, he said, is ensure that our institutions are strong enough to withstand corruption and that individuals stand up against the crooks.

This is illustrated throughout the book, where there are people who’ve stood up against corruption and embezzlement, said Blackman.

The final chapter of Rogues’ Gallery, on Zuma and his cronies, shows that although the execution of a corrupt act may have changed, the “tricks” of corruption have remained the same, said Dall.

“I would love not to have to write a sequel but — looking at what’s going on — the chances are pretty slim,” said Dall. DM

Matthew Blackman and Nick Dall’s Rogues’ Gallery: An Irreverent History of Corruption in South Africa, from the VOC to the ANC is available for purchase from the Daily Maverick shop.