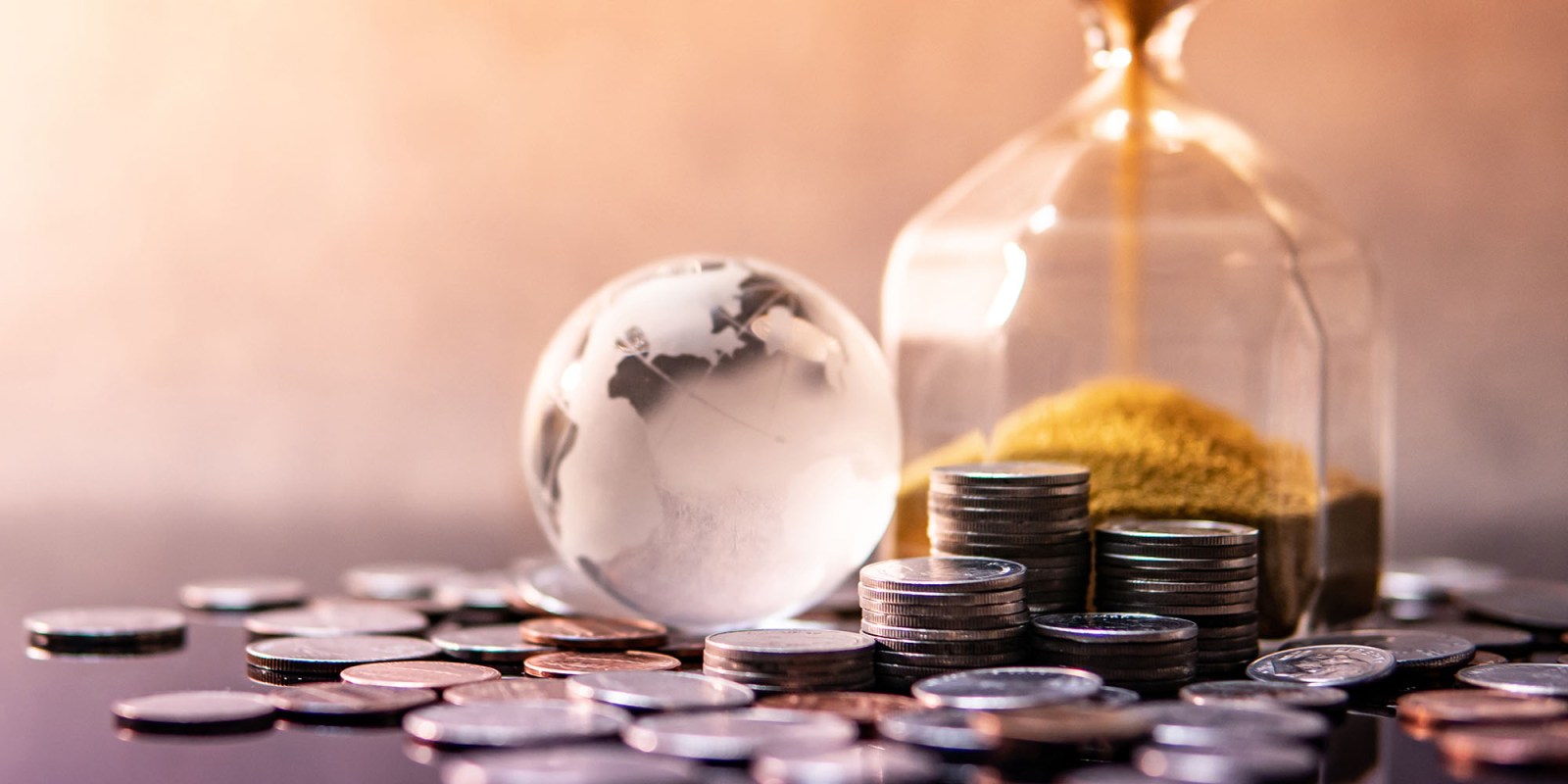 Global pledges to up the ante on national net-zero emission targets last week could come at a hefty cost for already overly indebted governments. But getting the balance right by unlocking the economic benefits of green energy spending quickly enough to stabilise and then bring down government debt-to-GDP ratios would see the world enter a new, economically sustainable era.

The commitment to tackling the climate crisis ramped up a few notches last week when the US again took command of the global climate agenda by hosting an international summit over two days and pledging to cut emissions by at least half by 2030.

South Africa hopped on the bandwagon, with President Cyril Ramaphosa committing to a progressive decline in the country’s carbon emissions from 2025 – a decade earlier than previously expected, or so he claims. This immediately became a point of debate, with some contending that carbon emissions have already declined given the power supply issues experienced over the past few years.

Nevertheless, achieving these goals will be no easy task for any country and will require far more than vocal commitments by the world’s superpowers and the rest of the world.

So far progress has been a disappointment. The International Energy Agency sounded a warning that despite the commitments to national net-zero emissions targets, economic activity during 2021 is still likely to notch up the second-largest rise in energy-related carbon emissions. The agency says another 33 billion tons of carbon dioxide could be added to Earth’s atmosphere this year.

To turn the tide, arguably one of the biggest challenges to meeting these commitments will be the cost to governments of truly making the transition to a green global economy. Governments are already extraordinarily indebted for peacetime conditions and any increase in their debt burdens would inevitably have an impact on the global economy’s performance in the medium term.

In its latest analysis, the International Institute of Finance’s Director of Sustainability Research Emre Tiftik warns that the acceleration in efforts to achieve net-zero emissions and imperatives to pursue sustainable development goals “could add to the upward pressure on government expenditure and public debt ratios over the next decade”.

After skyrocketing average debt levels in the emerging markets and frontier economies since 2010, Covid-19-necessitated government fiscal support saw renewed surges in public sector borrowing, with average emerging market public debt ratios to GDP likely to rise to more than 60% from 50% in 2019.

Tiftik says the latest International Monetary Fund (IMF) estimates do show some signs of stabilisation in emerging market government debt levels. However, “pandemic-related spending will keep government borrowing needs high, at least in the near term”. Longer-term, green-related investment priorities will continue to place a hefty burden on government finances.

It’s not just emerging economies that face this challenge to invest in climate-friendly initiatives while trying to reduce their government debt burdens. Developed markets have headed the charge in putting together trillions of dollars in fiscal stimulus packages to alleviate the damage wrought by the pandemic. These governments will be as hard pressed, perhaps even more so, as emerging markets to manage the sustainability of government debt levels during the years ahead.

The good news is that green energy spending could boost economic activity sufficiently to nullify the upward pressure exerted on debt/GDP ratios; ultimately mitigating the medium-term risks to the fiscal sustainability of this funding.

Also encouraging is that governments have already taken the first steps to make climate priorities a reality by incorporating green infrastructure investment spending into their Covid-19 infrastructure programmes – the benefits of which will only become evident in the years to come once the ground has been broken on them.

The European Union led the charge by agreeing to spend a third of its €675.5-billion Recovery and Resilience Facility on climate investments. These include clean and renewable ecological technology, improving the energy efficiency of buildings and investing in sustainable transport and charging stations. These projects need to be implemented by 2026.

Facilitating the transition to a green economy is also a core component of US President Joe Biden’s still-to-be approved $2-trillion infrastructure stimulus package. According to Time Magazine, the plan devotes hundreds of billions of dollars directly to tackling climate change and ranges from investments in the electric grid to funding for research and development. At the summit last week, US secretary of energy Jennifer Granholm expanded on the US’s clean energy focus, which will be on four green technologies – hydrogen power, carbon capture systems, batteries and solar energy.

Meanwhile, South Africa’s R100-billion Economic Reconstruction and Recovery Plan launched in October 2020 incorporates several measures to drive business and job creation in green industries. In his weekly letter in the wake of the summit, Ramaphosa points out that the Integrated Resource Plan 2019 paved the way for renewable energy capacity that would produce more than 17 gigawatts of electricity by 2030.

In addition, there needed to be a greater investment into climate-resilient systems and processes “from smart agriculture, to clean energy, to green infrastructure to public transport”. He noted that the financial sector would need to play a central role in scaling up the required project financing, given the seemingly intractable fiscal constraints faced by the government.

All the action on the climate front over the past week lays the ground for the upcoming Glasgow Summit in November and the years ahead. Getting it right could herald in a new era for the global economy and, most importantly, all Earth’s inhabitants.

But it will be the most difficult balancing act that governments will have to navigate in the history of a world not at war and – as repeatedly mentioned last week by the presenters – it will take international cooperation and all hands on deck to get there. BM/DM