SADC ministers agree to deploy a regional force in Moza...

SADC ministers agree to deploy a regional force in Mozambique 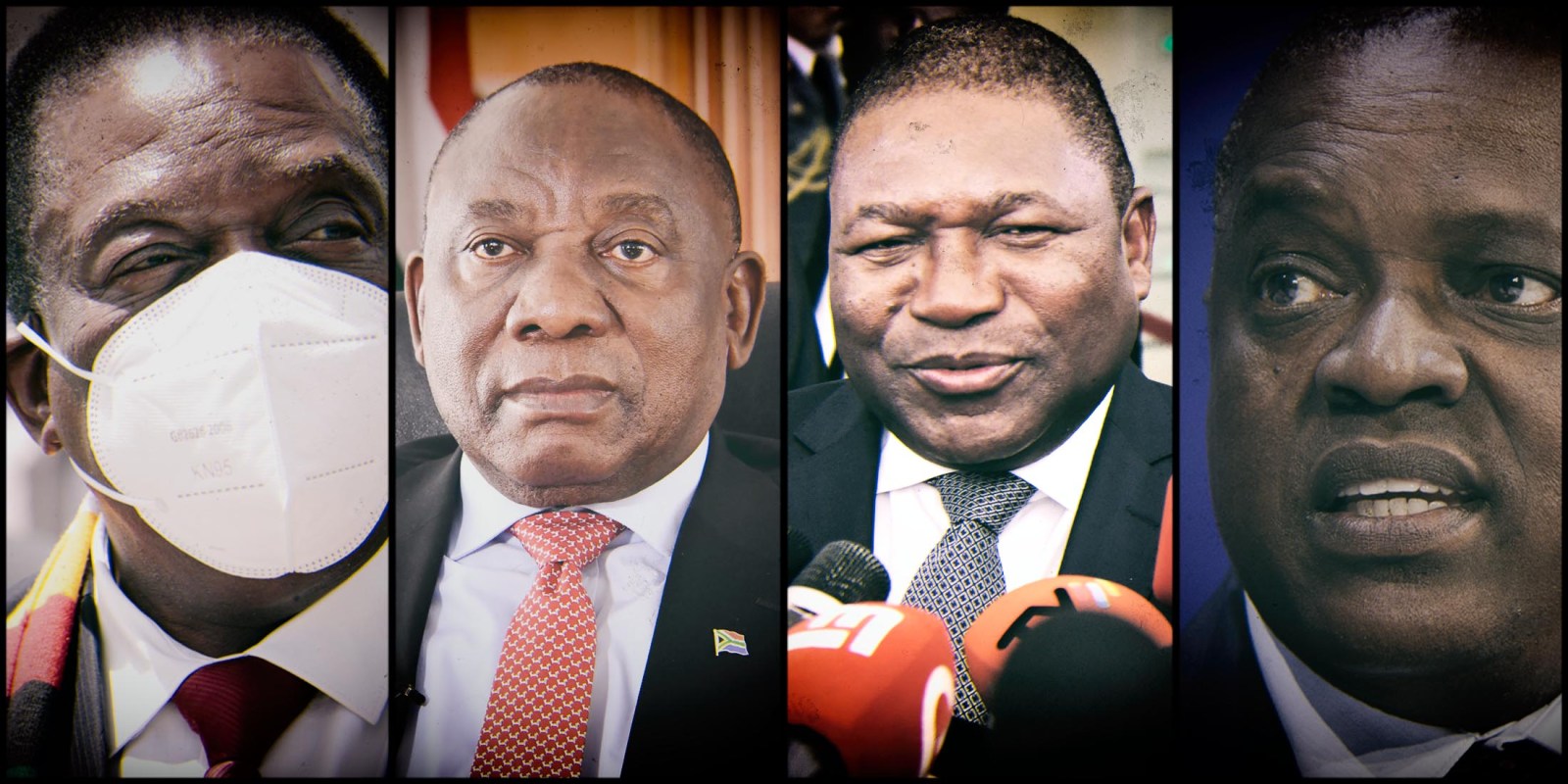 But a summit for heads of state to ratify the plan has been postponed.

Southern African ministers have agreed to deploy a regional force in Mozambique to help that country defeat an Islamic State-linked insurgency.

The ministers, representing the troika of the security organ of the Southern African Development Community (SADC), appear to have accepted a plan proposed by their military officials to send in a 2,916-strong rapid response force.

The ministers agreed to present the plan to a summit of the heads of state organ of the security organ troika in Maputo on Thursday.

But then SADC announced that the summit had been postponed indefinitely because neither President Cyril Ramaphosa nor Botswana President Mokgweetsi Masisi were able to attend. Ramaphosa is to appear before the Zondo Commission on Thursday, and Masisi is in quarantine because of Covid-19 .

They, along with Zimbabwean President Emmerson Mnangagwa, are the current members of the SADC security organ troika. The three would have met Mozambique President Filipe Nyusi at the summit to decide whether to accept the proposed intervention plan.

There has been some speculation that the summit was postponed because of disagreement at the ministerial council of the SADC security organ troika which was held on Wednesday to prepare for the summit.

But the closing remarks to the ministerial conference by the chairperson of the meeting, Botswana’s International Affairs and Cooperation Minister Lemogang Kwape, indicated, to the contrary, that there had been agreement on the need for the proposed rapid response force to intervene in Cabo Delgado province to quell the insurgency.

Kwape said the meeting had “come to a very fruitful conclusion… the outcome and decision we reached in this meeting is a clear demonstration of the collective will and commitment towards ensuring that our region remains peaceful, stable, secure and prosperous.

“We unanimously agreed on the need to act urgently as a collective, to quell the terrorist activities in Cabo Delgado. Our resolute objective was to assist in finding a solution that will secure peace and continued development in Mozambique, and the region as a whole.

“We agreed on a comprehensive strategy for our collective response to the security situation in Mozambique, which will also facilitate humanitarian assistance, especially to the internal displaced persons.”

He added that he was confident that the collective support SADC was offering Mozambique, “will reassure our peoples of our commitment to swiftly restore the situation to normalcy before it could spread to the entire region. That it will, most importantly, assist the people of Mozambique to enjoy undisturbed peace, tranquillity and socioeconomic prosperity.

“There can be no doubt that, given the complex and transnational nature of terrorism, this kind of cooperation is very essential and indeed necessary.”

Kwape said in his prepared speech that the ministers would present the SADC strategy to their heads of state on Thursday. But that was before the summit was postponed. No new date has been announced for the summit, but some sources said it would take place on May 7.

Earlier Commander Fillipus Nghilondwa, representing SADC executive secretary Stergomena Lawrence Tax, reported to the ministers that the chiefs of the SADC defence and security departments had discussed the deployment proposal of SADC’s technical assessment team on Tuesday and had recommended it to the ministers.

The technical assessment team, which carried out its assessment in Mozambique from 15 to 21 April, recommended that SADC should deploy a force of 2,916 soldiers to Cabo Delgado to “combat and neutralise” the insurgents and recapture territory they had taken

The force would comprise three light infantry battalions of 620 soldiers each plus two special forces squadrons of 70 troops each, plus attack and other helicopters as well as patrol ships, a submarine and a maritime aircraft to patrol the Cabo Delgado coast to intercept supplies to the insurgents and to combat criminal trafficking, which is believed to be a source of financing the insurgency.

The technical assessment team also recommended that SADC members provide logistical and training support to the Mozambican military to help it combat the insurgents, as well as humanitarian support to the population of Cabo Delgado which has been affected by the insurgency.

The assessment team said that at least 790 civilians had been killed in at least 510 insurgent attacks since 2017 and that more than 800,000 people had been displaced. DM