After 100 days Biden scores big on vaccines and jobs, but critics point to a divided US 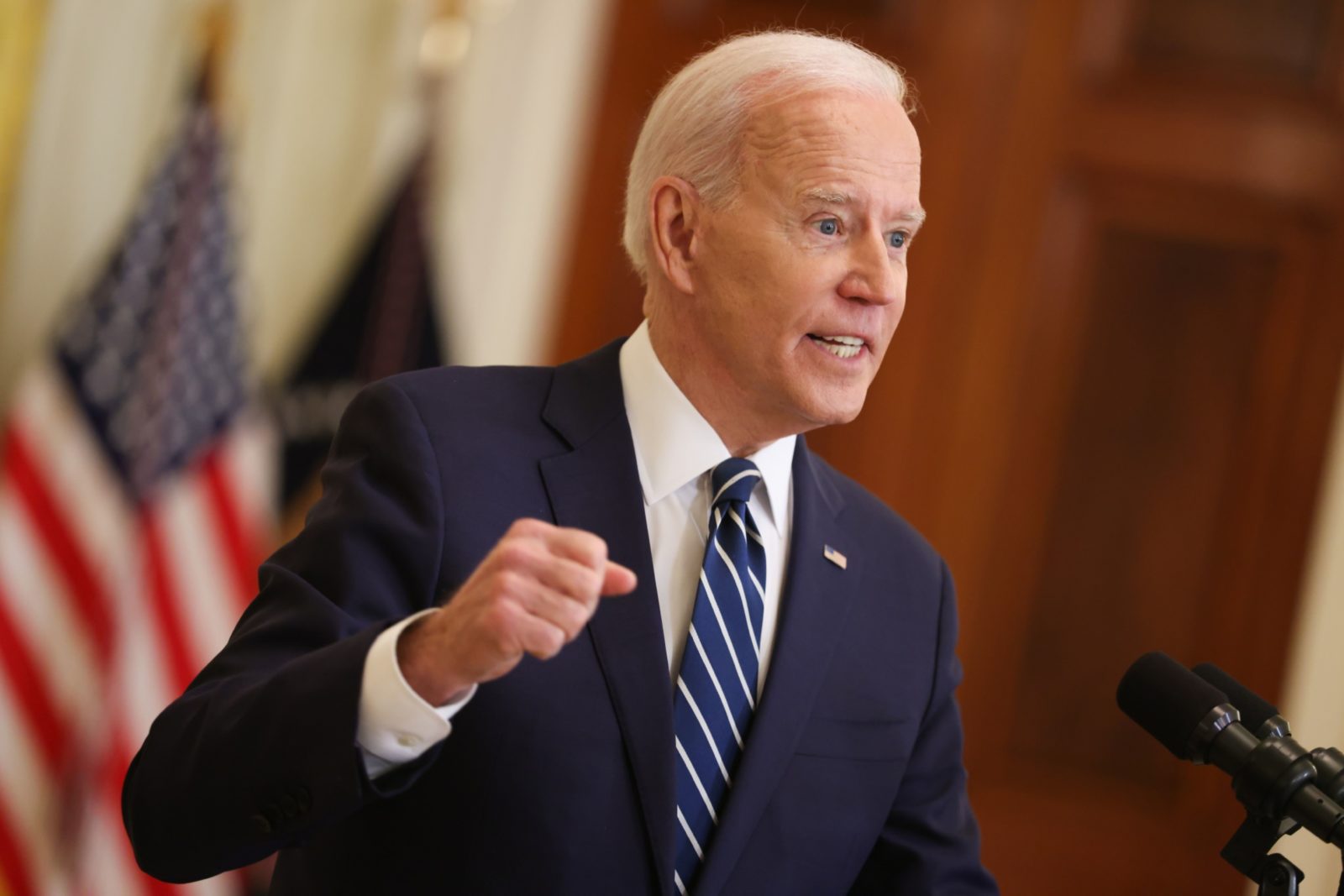 US President Joe Biden has, from his campaign days, said he is on a mission to 'help America heal'. While he seems on target with doing exactly that, he is still coming in for criticism around the issue of uniting the nation. Photographer: Oliver Contreras/Sipa/Bloomberg

One of the US president’s big wins has been the speed of the Covid-19 vaccine roll-out – despite teething problems – and beating the goal of 100 million shots in 100 days with about 232 million already administered. But America needs much more than vaccines.

On Tuesday, 27 April, following new announced guidelines around vaccinated people in the US, President Joe Biden told Americans they could go maskless if they had received their full vaccine dosage.

“I want to be absolutely clear. If you’re in a crowd, like a stadium or at a conference or a concert, you still need to wear a mask, even if you’re outside. But beginning today, gathering with a group of friends in a park, going for a picnic, as long as you are vaccinated and outdoors, you can do it without a mask.”

The US Centers for Disease Control and Prevention (CDC) announced on Tuesday that “fully vaccinated people no longer need to wear a mask outdoors, except in crowded settings and venues”.

Biden also reminded Americans not to forgo the second shot and encouraged those who had not yet received the vaccine to do so. More than a third of US adults are now fully vaccinated and more than half have had at least one dose.

This comes a day before Biden marks 100 days as president, on Wednesday, 28 April. He is scheduled to address a joint session of Congress at 9pm Eastern Standard Time (3am South African time). The address will be televised, much like a State of the Union, and Biden will lay out his priorities and successes.

Not surprisingly, Biden gets the biggest thumbs up for his handling of the pandemic, with many people saying he had filled a leadership vacuum when it came to dealing with the coronavirus. Jobs are coming back and he is seen to be successfully working at boosting the economy – in sharp contrast to Trump’s statement in 2020 that “if he gets in you will have a depression, the likes of which you have never seen”.

All the signs are that the Donald could not have been more wrong: unemployment has dropped and continues to drop, retail spending is up and the stock market has continued to show gains throughout Biden’s first 100 days.

Biden is by and large seen to be working, and to be ‘working for all Americans’, as he promised in speeches before and after his election to the Oval Office.

Besides the stock market, Biden is also able to take credit for a $1.9-trillion stimulus plan that put $1,400 into the hands of nearly 80% of the adults in America.

There is also the $2-trillion plan to improve infrastructure and move the country towards being more green energy-reliant over the next eight years. Engineers and experts say the country’s infrastructure is in sore need of funding and an overhaul, and that roads, dams, bridges and even airports are in dire need of repair.

The infrastructure plan goes hand-in-hand with creating new jobs as $2- trillion in public infrastructure spending could create nearly two and a half million jobs over 10 years. Biden has also upset the Republican apple cart with planned tax hikes on corporate entities and wealthy Americans to fund his incentives aimed at getting America “working” again.

Biden is by and large seen to be working, and to be “working for all Americans”, as he promised in speeches before and after his election to the Oval Office.

He has also signed almost the lowest number of new bills (11) in his first 100 days. He is beaten by three others – Ronald Reagan and Richard Nixon who both had signed only nine bills in their first 100 days, and George W Bush with seven.

Considering, however, the climate in the Congress that Biden finds himself in, with the extremely contentious Republicans, this number in itself has little meaning – although big issues have been dealt with, such as vaccination, stimulus payments and executive orders recalling regulations issued by the Trump administration.

One of the issues that arose in the polls was that some people feel Biden needs to do more on the immigration situation at the US-Mexican border. Besides the now well-known issues with people, both adults and unaccompanied minors, walking through, there are also land issues where farmers are caught in the middle – the Trump administration used the courts to try to buy up land for the wall and land owners are waiting to see if the Biden administration will let them have their land back.

America’s 46th president has, from his campaign days, said he is on a mission to “solve problems” and “rebuild” and “help America heal”. While he seems on target with doing exactly that, he is still coming in for criticism around the issue of uniting the nation. Most Americans think the US is as divided now as it was with Trump at the helm.

In fact, within days of the triple guilty verdict handed down to former police officer Derek Chauvin this month for killing George Floyd by putting his knee on his neck and leaning on him for more than nine minutes, at least five more people of colour had been killed by police. A week before the verdict, a South African, 29-year-old Lindani Myeni, was shot and killed by police in Honolulu, Hawaii.

When Biden addresses Congress on Wednesday night it is expected that the 6 January insurrection and police reform will be major topics, as well as social infrastructure: childcare, education and paid family and medical leave. DM