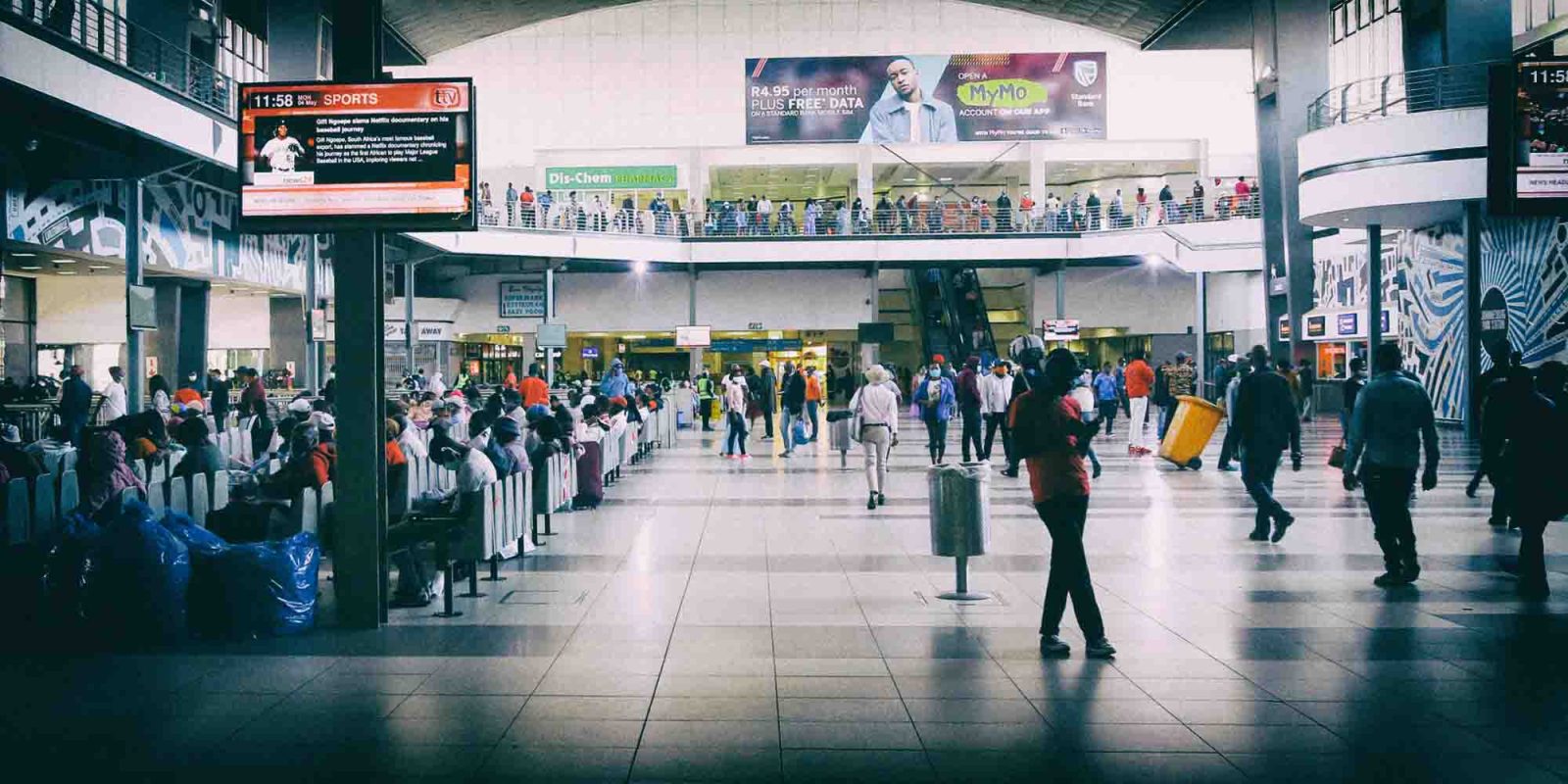 Travellers wait to board buses at Park Station in Johannesburg. Two bus company employees have been suspended after a Daily Maverick exposé on the sale of fake Covid-19 test results. (Photo: Gallo Images / Luba Lesolle)

Two staff members of Luqmaan Logistics have been suspended after a Daily Maverick investigation into the sale of fake Covid-19 test results to travellers at Park Station in the Johannesburg CBD.

A DM168 investigation published on 24 April had exposed the sale of fake Covid test results by bus company agents to passengers travelling to neighbouring countries from Johannesburg’s Park Station.

“We suspended him immediately, based on the report,” said Luqmaan Kroet, the director of Luqmaan Logistics in a phone interview with Daily Maverick. “While we are busy with our investigation. We don’t want people to hamper the outcome. We have zero tolerance for issues like these and cannot allow it to happen.”

Kroet says the company reported the matter at the Johannesburg Central Police Station.

“We want to get to the bottom of this and the police said they have escalated the matter with the commercial crimes department,” he said.

“We will fully cooperate with them [the police] on anything because we have nothing to hide. We are not part of the scam and we don’t know what is going on. At the end of the day, nobody is above the law and we want to assist in whichever way we can.”

A staff member suspended from the company, Bongani (surname not disclosed), collected R400 and issued a fake Covid-19 test result to a Daily Maverick reporter without receipts or samples taken for the lab test.

Kroet said Bongani is a casual worker who moved to the company’s South African office after the Zimbabwe office had been temporarily closed due to the pandemic.

“Whoever is involved would be immediately dismissed after the investigations because it is a serious crime; we are dealing with Covid-19 here and so it is a very serious offence and we are not leaving it like that. So we are taking immediate action. The police will decide whether the person is guilty or not, but we will allow them to do their work,” Kroet said. “If a crime is committed, the law must take its course. That is very important because nobody is above the law and we cannot allow this to happen.”

“We want to assist you because you have done a great job and we need to make sure that you have our support and cooperation as well,” he said. “Without you, this would not have come to our attention. So it helps everybody and at the end of the day we are dealing with a very serious matter.”

Kroet said the outcome of the final internal investigation would be made available to Daily Maverick on Wednesday, 28 April.

He said the company would meet other bus companies at Park Station to act on the report, because “it is an issue that should not be left unattended to”.

“We need to make sure that all stakeholders investigate the matter thoroughly,” he said. “We want to know who is printing these fake Covid results. Where does it come from? Who are the perpetrators? Somebody is obviously making money from this. But I needed to take action on this because there is no time to waste. We want results and we want to get to the bottom of this as soon as possible.” DM168