The unlikely but powerful bond between May and her doll Catherine 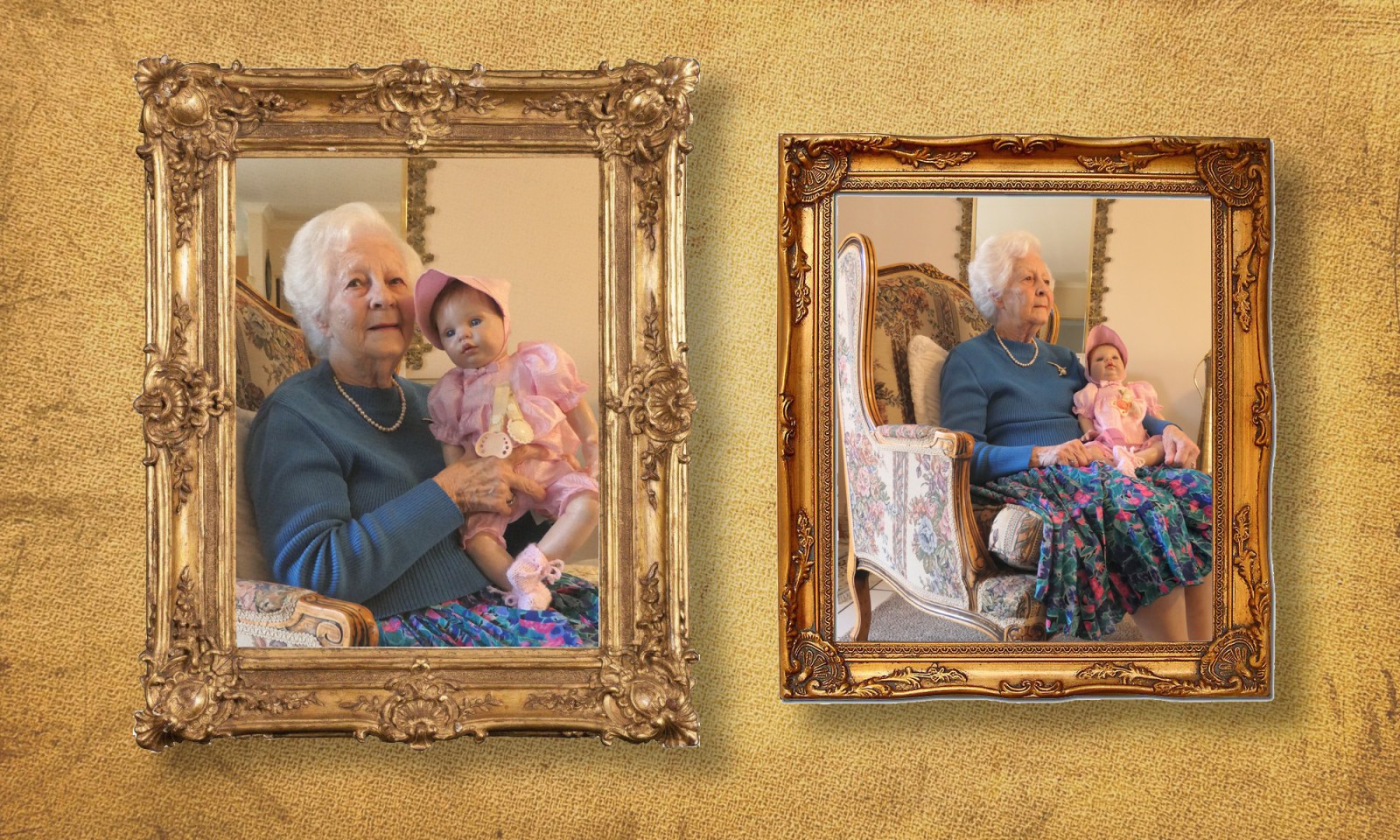 May Botes and her doll, Catherine (Photo by Ufrieda Ho)

The unexpected arrival of a ‘baby’ in the life of a nonagenarian is a story of connection and kindness, and a nod to the things that get us through, however we find them.

“Isn’t she just beautiful?” May Botes (previously Testa) exclaims more than asks, gazing down at what looks like an infant in her arms. Baby Catherine doesn’t blink as she stares back at Botes. It’s enough to melt the heart of the 92-year-old.

Baby Catherine is a doll, she isn’t human and Botes is fully aware of it. Still, she coos at the doll, talks to her gently and lifts her up to nuzzle her face.

Catherine is a reborn doll. These are a brand of dolls custom-made to be lifelike in appearance and weight. They’re created from moulded silicone and memory foam. It gives the dolls the right kind of squishy that mimics the texture of human baby flesh.

But it’s not just that she seems real, baby Catherine has become a version of real for Botes, especially in a year of virus lockdowns that has recalibrated human interactions and taken a toll in loneliness and isolation, especially on older people. It’s through Catherine (never Katy, Botes is quick to point out) that the great-grandmother, who lives in a retirement village in Benoni, has been able to find real-life connections and a sense of community. Catherine has also become an unexpected thread of kindness and healing.

Lynne Testa-Taylor, Botes’s daughter, fills in how Catherine came to be her mother’s “baby”. In the winter of 2020, Testa-Taylor bought two Reborn dolls, one for her granddaughter and one for herself, with the idea that they could bond while playing with the dolls. At the time, Testa-Taylor was also preparing to relocate to Saudi Arabia. She was excited about the new chapter of her life but she knew this would also mean the inevitable sadness of fracturing family bonds in South Africa.

“It was especially difficult to leave mom. In more ways than one, I’m her real baby – her last born and her only daughter now,” she says of her nonagenarian mother.

“Mom met Catherine for the first time when lockdown restrictions were finally lifted and she could visit us. She fell in love instantly with baby Catherine. That weekend, she took Catherine with her everywhere. At the end of the visit, I said to mom that Catherine should be her baby. I told her to look after her till someday in the future Catherine comes back to me,” says Testa-Taylor.

By October, Testa-Taylor had left South Africa and Catherine became Botes’s doll. Her carer, Karen Nel, said the doll became a fixture in her home, most days taking up a comfy armchair, tucked into a pink baby blanket.

“She was real to Aunty May and that was that, so I also treated Catherine like a real little baby,” says Nel, who even bought a baby’s outfit to add to Catherine’s wardrobe.

Nel says when Botes fusses over the doll, choosing an outfit to dress her in, combing her auburn hair and looking for her dummy, or changing a nappy, it becomes a form of caring and emotional bonding. It’s something that she gets to control and make decisions about, says Nel. Most importantly, Botes enjoys it.

Hyper-realistic dolls are toyshop items, costing between R3,000 and around R5,000. The higher-end dolls become collectors’ items and there’s a thriving global community of adults who play with and care for them. Hobbyists buy them for their kitted-out nurseries or have them made from spec. It’s a thriving subculture whose members meet through online forums and groups. Beyond play and collecting though, the dolls can be a kind of therapy. Some people use them to work through the grief of losing a baby, or deal with the reality of infertility, or to fill the hollows of empty nest syndrome.

Botes’s neighbour, Yvette Ferreira, immediately recognised the unusual but beautifully real bond between Botes and Catherine when she saw the two interact.

Ferreira had only recently moved into the retirement village by the time Catherine made her appearance. She’s a master seamstress who also works her magic crocheting and knitting. So she set about crocheting an outfit for baby Catherine, then sewing outfits complete with bonnets, baby knickers and booties for Botes’s baby.

“The dresses gave her so much joy and I really enjoyed doing it for her. May does virtually everything for herself and she’s so sharp; she’s an inspiration for all of us as we head to her age,” says Ferreira.

As Ferreira compliments her, Botes gives a cheeky wink and searches out a pink taffeta outfit that Ferreira made for Catherine.

Sewing and knitting the baby outfits turned out to be therapeutic for Ferreira, too – dealing with grief through creating and through giving. When she moved into the village in September 2020, it was still fresh in her heart that her great-grandson had recently died – surviving just 10 days.

“It was hard to talk about it at the time and making those outfits for May’s baby did help me, it was very healing,” says Ferreira.

Ferreira told friends about the bond between Botes and baby Catherine and they were moved to pass on fabric for more outfits to be made for Catherine. When Ferreira’s daughter, Ashleigh Hamilton, visited earlier this year she became another form of community – on social media – for Botes and Catherine.

“Ashleigh saw something I was making and asked to meet May and Catherine. She was so touched by them and asked to put May’s story on social media,” says Ferreira of the gentle ripple effect that came as people reflected on Hamilton’s poignant post about not “seeing” the elderly – made even more in a time of Covid isolation.

On a warm autumn afternoon, Ferreira visits with Botes and Nel, as she sometimes does. Baby Catherine is the centre of attention, of course. Botes has complained about stiffness in her thumbs but easily works through press studs and elastics that Ferreira had chosen deliberately for Botes to handle with ease. In a few minutes Catherine is transformed into the best-dressed baby by far.

Botes cradles Catherine to her chest. “I can feel her,” Botes says, with a smile. The women beam. It’s for the doll but really it’s for what they’ve made come alive with the grace of kindness and acceptance. It’s also a nod to connections where you least expect to find them and making room for play in a world that’s grown up too fast. DM/ML