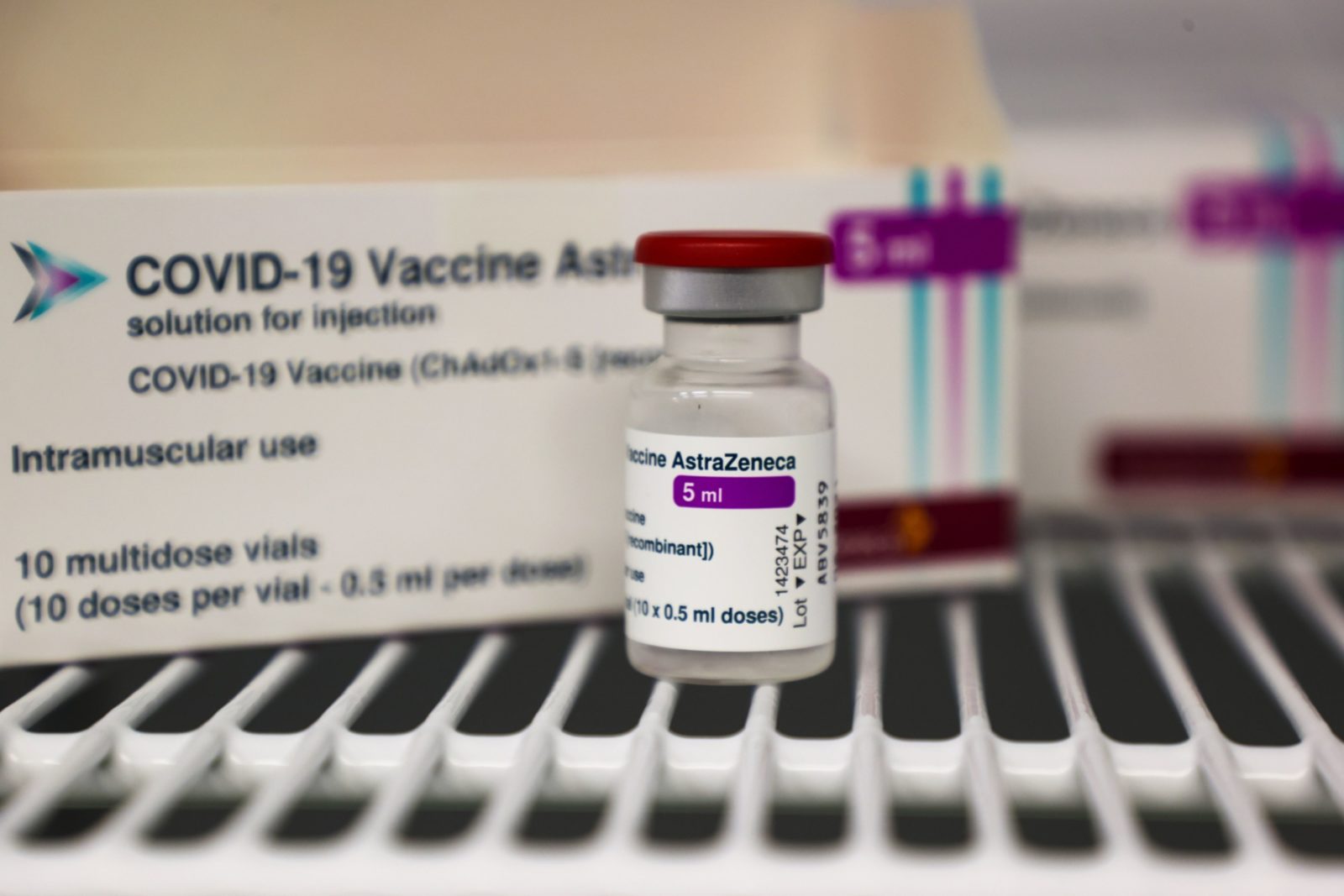 A vial and boxes of vaccine, produced by AstraZeneca Plc, in cold storage at a Covid-19 vaccination centre in Gelnhausen, Germany. (Photo: Alex Kraus / Bloomberg)

India, a major manufacturer of the Astra Zeneca vaccine, is experiencing a devastating surge in Covid-19 and has largely stopped exporting vaccine doses. The country is vaccinating two to three million people a day, equal to the numbers in the US, but with a much larger population. This has had a knock-on effect, drying up supplies for other nations, particularly those in Africa dependent on Covax for vaccines.

When President Joe Biden delivers his first address to Congress on Wednesday, his most significant achievement will be the fact that the US recovered from its disastrous mishandling of the Covid-19 pandemic and his administration was able to provide half of America’s adults with at least one vaccination in his first 100 days.

But that success is double-edged because it has highlighted glaring global inequities. This weekend, images of Indian patients dying of lack of oxygen were juxtaposed with those of American pharmacies with surplus stores on their shelves, vaccinating walk-ins. Some US states began vaccinating high school students.

For all the talk that “we’re all in this together”, vaccine access for most people in the world is a long way off as the virus continues to gather strength and speed. Globally, the number of new cases has doubled since February, according to the World Health Organization. At the present pace, large parts of the world will not be vaccinated until 2023. Africans make up only 2% of those vaccinated to date.

It’s an extraordinary test of the claim that the world should deal with crises such as the pandemic and global warming collectively — and has opened up a battle for equal access reminiscent of the HIV/Aids struggles against drug company monopolies led by South African groups such as the Treatment Action Campaign more than 20 years ago.

Faced with mounting international anger and criticism and fears of new, potentially more vicious variants, the Biden administration appears to be softening its opposition to a limited suspension of Big Pharma’s intellectual property rights and is planning other moves to overcome the global vaccine shortage.

A proposal from India and South Africa first put forward to the World Trade Organization last October, and backed by more than 100 countries, called for a waiver that would allow local companies to produce generic versions of coronavirus vaccines. This has been resisted by the US, the UK and the European Union.

In the US, it is opposed by some of the big pharmaceutical companies, which stand to make massive profits out of the vaccine bonanza. Four Republican senators led by right-winger Tom Cotton wrote a letter to Biden last week, warning that “seizing” America’s intellectual property would “end the innovation pipeline and stop the development of new vaccines or boosters to address variants in the virus”.

A group of Democratic senators led by Bernie Sanders, Elizabeth Warren and Tammy Baldwin have urged Biden to support a temporary waiver.

Nicholas Luisani, a senior adviser to Oxfam America, quoted in the Washington Post on Sunday, said Biden officials have indicated a potential about-face to support the proposal during recent talks with the group.

The difficulty might be that the roll-out in the US and other nations — including the UK and Israel — is happening at such a fast pace that it will take longer to assemble manufacturing plants with a high enough standard for vaccine production than to wait for countries such as the US with already existing capacity to ease export restrictions.

It is widely predicted that within weeks the US — which has vaccinated 138 million people or 42% of the population — will have more doses of vaccine than people who want to be vaccinated. The US is close to the point where its biggest problem will be coaxing the vaccine-resistant population to take the doses.

The Biden administration moved quickly in its early weeks to reverse much of the Trump administration’s “America First” ideology and pledge up to $4-billion to Covax, the World Health Organization’s main effort for getting Covid-19 vaccines to poorer nations.

“This pandemic won’t end at home until it ends worldwide,” Secretary of State Antony Blinken said when he announced her appointment.

But the frustrating shortages of vaccines in vast swathes of the world are giving the lie to these good intentions.

India, which is a major manufacturer of the Astra Zeneca vaccine, is experiencing a devastating surge in Covid-19 and has largely stopped exporting doses. The country is presently vaccinating two to three million people a day, equal to the numbers in the US, but with a much larger population. This has had a knock-on effect, drying up supplies for other nations, particularly those in Africa dependent on Covax for vaccines.

Tedros Adhanom Ghebreyesus, the Director-General of the World Health Organization, wrote at the weekend that vaccine nationalism “has weakened Covax, with a handful of rich countries gobbling up the anticipated supply as manufacturers sell to the highest bidder, while the rest of the world scrambles for the scraps”.

Without naming them, Tedros was also critical of countries such as China and Russia that are using vaccines for diplomatic leverage.

“They have undermined Covax as countries with vaccines make bilateral donations for reasons that have more to do with geopolitical goals than public health. This inevitably leaves countries with the least political clout as wallflowers at the vaccine ball.” DM