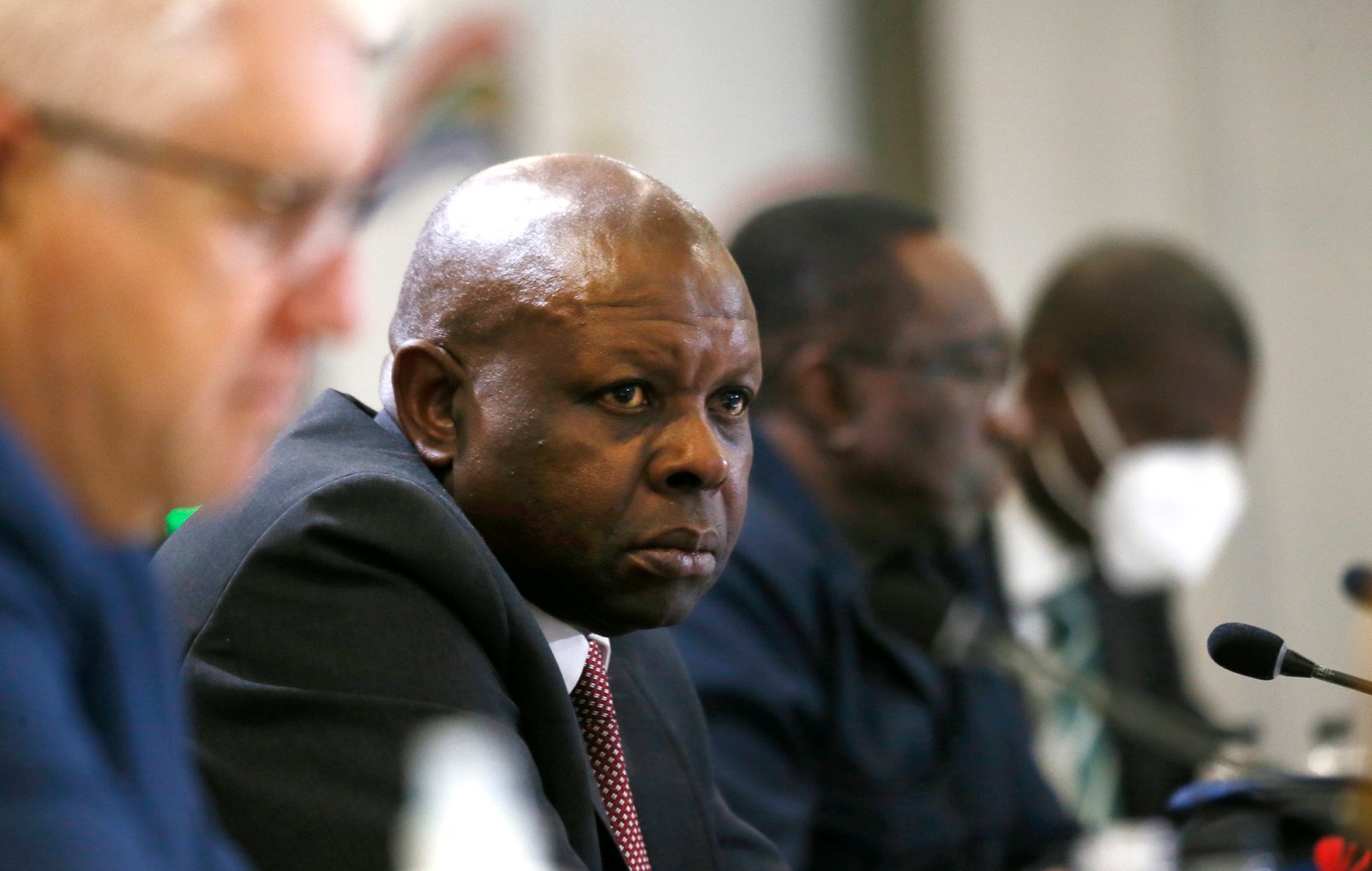 The circumstances surrounding Western Cape Judge President John Hlophe’s insistence on attending the interviews regardless of a finding by a judicial tribunal that he should be impeached for gross misconduct formed a backdrop to the proceedings.

While Western Cape Judge President John Hlophe literally loomed over the Judicial Service Commission (JSC) interviews on Friday 23 April for two vacant positions in his troubled division, he made no real contribution apart from disclosing his longstanding friendships with three of the six candidates.

The circumstances surrounding Hlophe’s insistence on attending the interviews regardless of a finding by a Judicial Conduct Tribunal that he should be impeached for gross misconduct formed a backdrop to the day’s proceedings. Hlophe has disagreed with the findings.

At the conclusion of the day, the JSC recommended advocate Nobahle Mangcu-Lockwood and attorney Matthew Francis as new judges in the division.

Perhaps Hlophe’s presence at the interviews in such controversial circumstances helped to reveal the weaknesses in the candidates whom he claimed as “friends” and who were asked to respond to the desirability of having a judge with a cloud over his head leading the division.

It was a question the Democratic Alliance’s JSC commissioner Glynnis Breytenbach put to each candidate.

Only Mangcu-Lockwood, a strong contender from the start, provided the reasonable and sensible reply that “due process needed to be followed” and that the matter had not been finalised.

She deftly avoided the political hand grenade Breytenbach had lobbed by sticking to the process and procedure argument for impeachment, unfazed by the question.

Francis was the first candidate to be interviewed, with Hlophe confirming that he had known him for 30 years and had taught him labour law when he was a university lecturer.

Francis declined to answer Breytenbach’s question, as did candidates Bryan Hack and Selwyn Hockey, while Penelope Magona-Dano and Daniel Thulare both “had no view” on the matter.

Francis is not a friend of Hlophe’s, unlike Magona-Dano whom the Judge President said he considered “a friend and a sister”.

Hlophe said he had known Hack “for a very long time” and that he had been briefed by his wife, Gayaat Salie-Hlophe, to represent her in a civil matter in a Gauteng court. Hack, he said, was a “family friend” who had attended the Hlophes’ wedding.

Hockey and Hlophe too had been “friends for a very long time”, Hlophe disclosed.

Mangcu-Lockwood was by far the most impressive candidate and enjoyed significant support from colleagues.

She set out the challenges that particularly black women continue to face at the Cape Bar. She said there were 16 African women at the Bar, but that the pace of transformation was slow because private firms were not inclined to brief them.

“They say they don’t know where to find them. Are they serious? You just need to google,” Mangcu-Lockwood said.

The Johannesburg Bar, she said, had made it much easier for black counsel to feel “comfortable”. However, she recounted an occasion when, fully robed, she had been the last advocate to leave a courtroom and was mistaken for the registrar by white male advocates gathered in the corridor.

Her views on how to transform the Cape Bar were uncompromising and practical in their ambit.

Mangcu-Lockwood’s response to Breytenbach about due process being followed with regard to the recommendation for Hlophe’s impeachment was interrogated by EFF commissioner Julius Malema.

Malema surmised that due process might not have taken place, asking: what did the advocate think of that?

Which was more important, he asked, political expediency or due process? And what would flouting due process do to democracy?

To which Mangcu-Lockwood replied, “It does violence to those things and I think if those were the circumstances somebody might well run to court to force them to follow due process.”

Francis, when asked by a commissioner, advocate Jennifer Cane, how he would respond should he, while preparing a judgment, be approached by another judge over that ruling and how it should be determined, responded that judges took an oath of office to act independently.

Should he be approached, and it was an “obvious” attempt to sway him, “then obviously I would be offended for one, and then I would take the necessary steps to report the matter to the Judicial Service Commission”, which was, of course, the correct reply.

With Hlophe being found guilty of exactly this by the Judicial Conduct Tribunal, Francis’s reply could not have been lost on commissioners and Hlophe himself. DM