Gauteng’s Blyvoor mine counts R30m in lost output, with no end in sight to union impasse 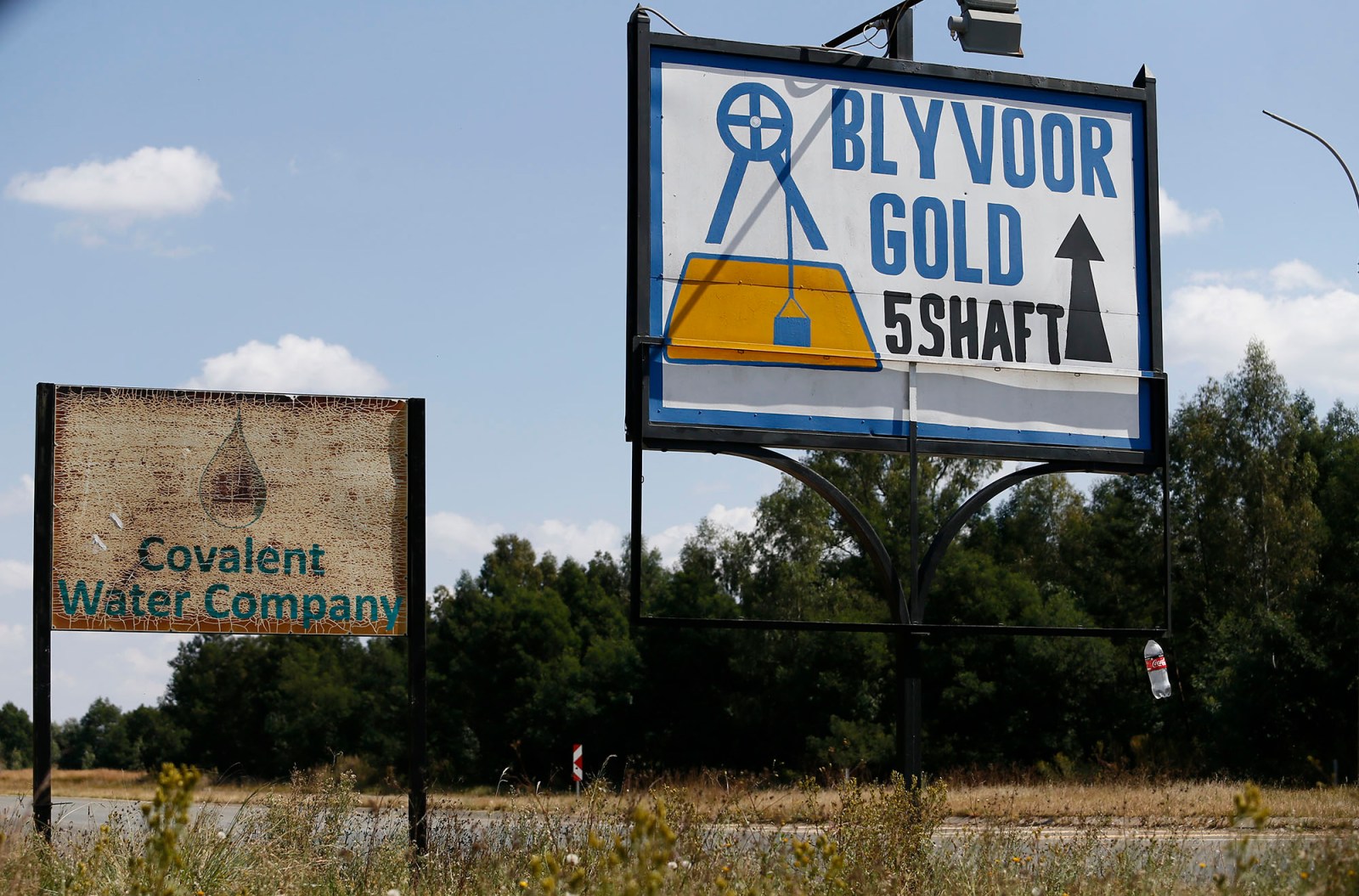 Another execution-style killing, after the death of a union leader last month, has increased the tension around the mine. And it seems workers have been subjected to intimidation.

In the more than three weeks since protesters shut operations at the Blyvoor mine near Carletonville, mine management says R30-million and counting has been lost in production. There is still no end in sight to the impasse, which appears to be rooted in union rivalry. And a worker from another mining company was shot dead execution-style this week near Blyvoor Village, though it is not clear whether the incident is related to the saga at the Blyvoor mine.

“A bit of surface work has been done, but no underground work at all,” a mine manager told DM168. A DM168 photographer who visited the mine this week saw small-scale mining being conducted on the surface.

“Our workers are being intimidated every night and three of our employees were assaulted and forced out of their homes in Blyvoor Village this week, all of their belongings thrown out with them,” the manager said. Managers who have spoken to DM168 have done so on condition their names are not used because of concerns about their safety.

Tensions have been on the boil at the Blyvoor gold mine since the March 2 murder of Wels Sempe, a company director who was also leader of the Blyvoor Workers’ Union (BWU). He was gunned down while his bakkie was halted at a four-way crossing, in a killing that has all the hallmarks of a hit. Several senior BWU members are in hiding.

The National Union of Mineworkers (NUM) claims the BWU is a management front that workers have been forced to join. The company alleges the NUM members – notably 60 who have been dismissed for taking part in a wildcat or unprotected strike – have been waging a campaign of intimidation. And in the background are suspicions that illegal miners or zama-zamas are involved.

“In all fairness, the NUM must leave us alone ’cause we are hungry and we want jobs,” a local who works at the mine told DM168’s photographer.

On Thursday, the NUM’s court appeal against the dismissals was postponed until 7 June, leaving that piece in the puzzle unresolved. An interdict instructing the police to prevent NUM members from blocking the mine or assaulting or intimidating staff remains unenforced, Blyvoor management claims. The police have not responded to repeated requests for comment on the matter.

And, on Tuesday night, a miner who worked at another gold mine in the area but lived at Blyvoor Village was shot dead in his car between Blyvoor and Carltonville. Police and the company he worked for have both confirmed the incident. A company source said the miner had been shot in the back of his head while in the driver’s seat, suggesting that the killer was in the back seat. That also looks like an execution. It is not clear at all if the murder is linked to the Blyvoor rumble, but it adds to the general air of menace in the area.

Blyvoor shut in 2012 because of a violent wildcat strike and subsequently went into liquidation. Rebuilding the mine after it was asset-stripped by zama-zamas and other criminal elements has been going on for years, thanks in large part to capital raised from foreign investors.

Meanwhile, there has been some apparent fake news making the rounds regarding a mine that has been the scene of violent conflict in the past, namely the Marikana platinum mine run by Sibanye-Stillwater. A press release distributed this week on WhatsApp and presumably other channels alleged the mine has been in “consistent shutdown over the last month” and mine employees had shot community members on Wednesday night.

Sibanye spokesperson James Wellsted said the mine has not been shut. As a listed company, it does seem likely that Sibanye would report such an incident.

Wellsted confirmed that there was an incident after the company had engaged with representatives of a new community grouping demanding jobs, among other things, on Wednesday morning, the latest in a series of engagements. After Wednesday’s meeting, the group appeared unhappy with the feedback and for a few hours blockaded access to the Rowland shaft at Marikana, preventing employees from leaving or entering.

Wellsted said the company was not aware of any confrontation between mine security and protesters and had not received any information that suggested otherwise. He did confirm that there appeared to have been an altercation after dark, but it was unclear what happened and who was involved, and there didn’t seem to be any evidence of shots being fired. The company was investigating the incident with local authorities and would take appropriate action if required.

Sibanye has turned Marikana around into a profitable asset since it swallowed Lonmin in 2019. The company says it has extensively engaged with Marikana’s communities and has restructured the previously highly indebted Lonmin BBBEE structure to enable “immediate access to distributable cash flow”. It also has expansion plans for the asset.

It must be said that these kinds of initiatives can raise expectations in poor mining communities, which can be exploited to further various agendas.

There are social and labour flashpoints aplenty in South Africa’s mining sector, now reaping the benefits of red-hot prices at a time of rising poverty and unemployment because of the pandemic, which has heaped economic misery on top of a litany of governance and policy failures. These latest ructions won’t be the last. DM168