Dear Mogoeng Mogoeng CJ, this is my ConCourt problem; please help, thank you 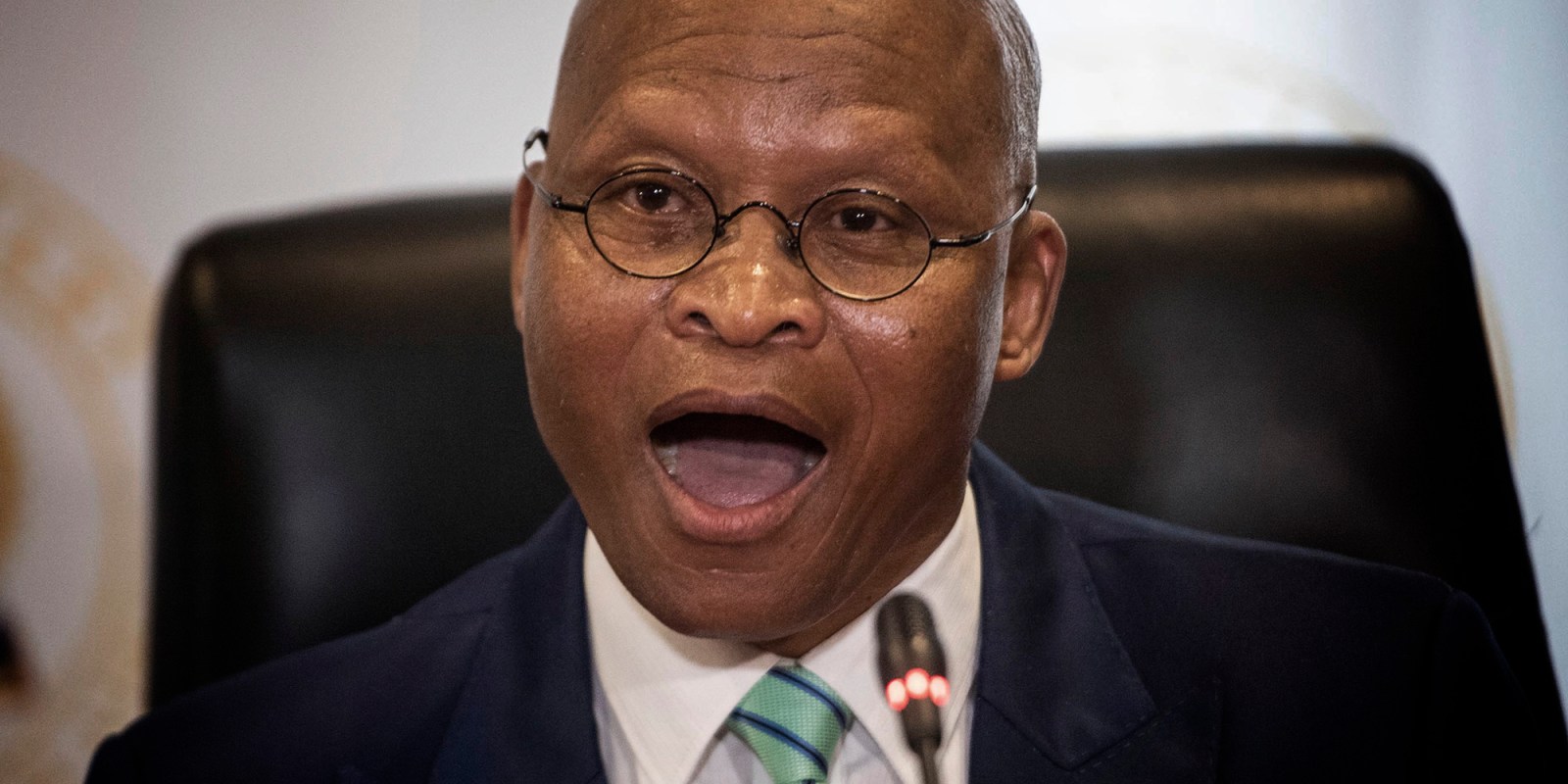 ‘That Cyril man has conspired against me. It was he who, under cover of darkness and the deputy presidency, caused all that corruption at Eskom, Prasa, SAA and the spaza shop down at the corner of Commissioner and Sauer streets.’

Since former president Jacob Zuma wrote a long letter to Chief Justice Mogoeng Mogoeng protesting his innocence of anything ever, DM168 has discovered several letters to the CJ.

Just a heads-up about a matter that may come before you and your esteemed honourable colleagues of the court soon. My ex-wife said she was going to the Zondo Commission to testify about me and something to do with the Guptas and what-have-you. Then she said she would not be testifying. It’s like our marriage – she’s in, she’s out…

Now if your esteemed honourable learned colleague Judge Raymond Zondo subpoenas my ex-wife, it will probably end up in your Constitutional Court, so I want to appeal to your honourable self.

If she testifies, you know what will come up. It will be that little dick video that is attributed to me, that video I allegedly – and I stress allegedly – sent to some young attractive seductive mistress of mine, who was rather demanding of my time and my attention, not to mention money and such… Of course, I had nothing to do with it, nothing at all, though I note that the penis in that video was impressively large and handled with great skill – skill befitting a minister of the 19th Cabinet and a leading light in our battle to transform South Africa.

Now you don’t want to have to watch that video in the ConCourt, do you, most honourable esteemed judge? No, you are a man of faith! A creature of God! I’m sure you would support the suppression of all dick videos, whether real or fake.

So that was the one thing. Don’t believe a word that woman says. The other matter I must bring to your attention –  it may appear before you – is the Gupta passport issue. I cannot be burdened with that. As Minister of Home Affairs, I did nothing. Nothing! I did not so much as lift a pen. I did not listen to anyone. I did not even attend meetings, let alone approve of any passports for any Indian immigrants! So I really can’t be charged with that problem. Again, I stress, as Minister of Home Affairs, I did nothing!

Forgive this intrusion into your judicial meditations. I feel I must pre-empt a bothersome case that may come before the Conspiracy, sorry I mean Constitutional, Court.

I have testified at the Zondo Commission into So-Called State Capture, even though it looks like the cat’s paw of White Monopoly Capital. My testimony may find its way to your court, because President Cyril Ramaphosa, that servant of White (or only slightly blackened) Monopoly Capital, is going to bring out the big guns to silence me.

Judge, hearken to my words. Please see the tears rolling down my cheeks.

That Cyril man has conspired against me. It was he who, under cover of darkness and the deputy presidency, caused all that corruption at Eskom, Prasa, SAA and the spaza shop down at the corner of Commissioner and Sauer streets. He framed me! As an evil genius, in league with the devil (and you, my judge, know whereof I speak – is Cyril not vaccinating the nation with 666 as I write?), he secretly and deviously caused all that corruption in order to destroy the reputations of those of us trying to build Black Monopoly Capital in our pockets and those of our friends from India.

I am extremely innocent.

Yours in the truth,

Thanks for your support in the Judicial Service Commission interviews for the ConCourt judges. We must purge the judiciary of anyone connected to Pravin Gordhan!

In this, you join the great revolutionary project of our Marxist-Leninist-Fabulist Party. Yes, certainly, we disagree on Israel, but we can juggle things a bit there. Anyway, those boycott and divestment types all look like Yasser Arafat, especially the women.

When you retire, we’d like to offer you the chairpersonship of our Stop Jamnandas Committee. We can make this a well-paid position, with four free trips per year to Jerusalem thrown in.

Yours in the struggle to smear Pravin,

As you may have intimated, in your deep and searching knowledge of the judiciary and the lawyerary, in the next JSC interviews for judges to join the ConCourt, I will apply.

I am hoping that, in your wisdom and your compassionate impartiality, you will restrain Malema from interrogating me like a security policeman of the old regime. I fear I will be on the spot because I once had coffee with someone who used to work in the same pharmacy as Pravin Gordhan, back in the days of the underground struggle.

Had I known Pravin was a secret member of the SA Communist Party, and/or that he would become such a controversial figure in South Africa once the struggle was over, I would not have accepted the invitation to that coffee date. Or, mea culpa, I might have accepted but then I would have drunk water.

I hope that this small indiscretion, committed when we were all young and naive, does not count against me in the interview.

Thank you for your sympathy.