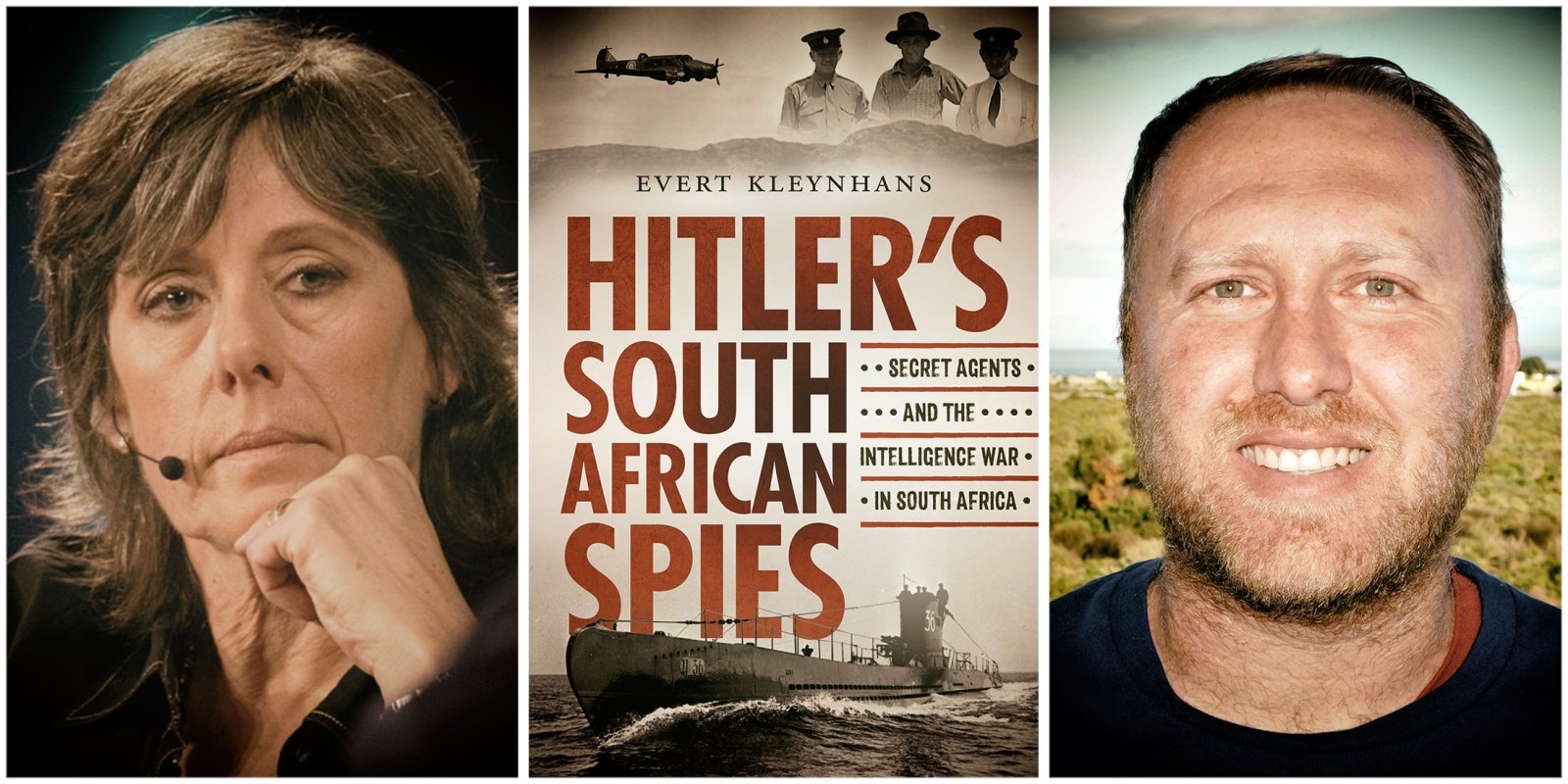 During World War 2, the Afrikaaner community was divided on South Africa’s involvement. The secretive right-wing organisation, Ossewabrandwag, and other overt and covert Nazi sympathisers would prove useful in feeding Germany intelligence, said academic Evert Kleynhans on Thursday’s Daily Maverick webinar.

Kleynhans, a military history lecturer at Stellenbosch University, was talking about the subject matter of his first book, Hitler’s Spies: Secret Agents and Intelligence War in South Africa. In it, readers are introduced to an “unbelievable cast of characters”, said Daily Maverick journalist, Marianne Thamm, who hosted the webinar.

Around the 1940s, Germany established a network at Cape Town harbour because it was seen as a strategic point, said Kleynhans. This network meant Germany could launch attacks quickly and could gather naval and political intelligence from there, said Kleynhans.

The book soon introduces the cast of characters. There was a dockworker recruited by a German UCT student to keep tabs on movements at the harbour and the student would pass the info to his handler, said Kleynhans. There was also a couple in Germany who would broadcast war propaganda on the radio, said Kleynhans.

Those who were part of the Ossewabrandwag, which was formed in the late 1930s, were opposed to British rule. For many Afrikaans people at the time, Germany’s victory was important for their survival, so it made sense to this group to support Germany, said, Thamm.

During the war, Germany counted on people such as Hans van Rensburg from the Ossewabrandwag, who was sending intelligence from South Africa. Van Rensburg, who worked with German spy Hans Rooseboom, made his position quite clear that he would not send intelligence that could endanger the lives of South Africans. Rooseboom, on the other hand, had no qualms about sending information to the Germans, whether or not it risked lives. Tensions rose between the two and Rooseboom was eventually sidelined by Van Rensburg, said Kleynhans.

As important as Van Rensburg’s role was in transmitting intelligence to the Germans, there was speculation that he was planted by the government, said Kleynhans. He controlled the information that was passed to Germany and ensured that South African lives weren’t put at risk. But at the end of the day, the government did little to put an end to the Ossewabrandwag’s work because it wasn’t considered a major threat, said Kleynhans.

When the war ended, the government amended laws and searched for spies in order to charge them with treason, said Kleynhans. While the government collected statements, corroborated evidence and prepared to go ahead with prosecutions, it also had to focus on the 1948 elections.

The elections, a turning point in South African history, saw a new government installed. This meant people such as Van Rensburg were never tried, while Rooseboom signed a deal with the government and received clemency.

“What were the lasting effects of not charging those Nazi sympathisers?” asked Thamm.

“Among the Afrikaans community, it was more a case of, let bygones be bygones. There was also a greater sense of Afrikaaner unity afterwards,” said Kleynhans. DM