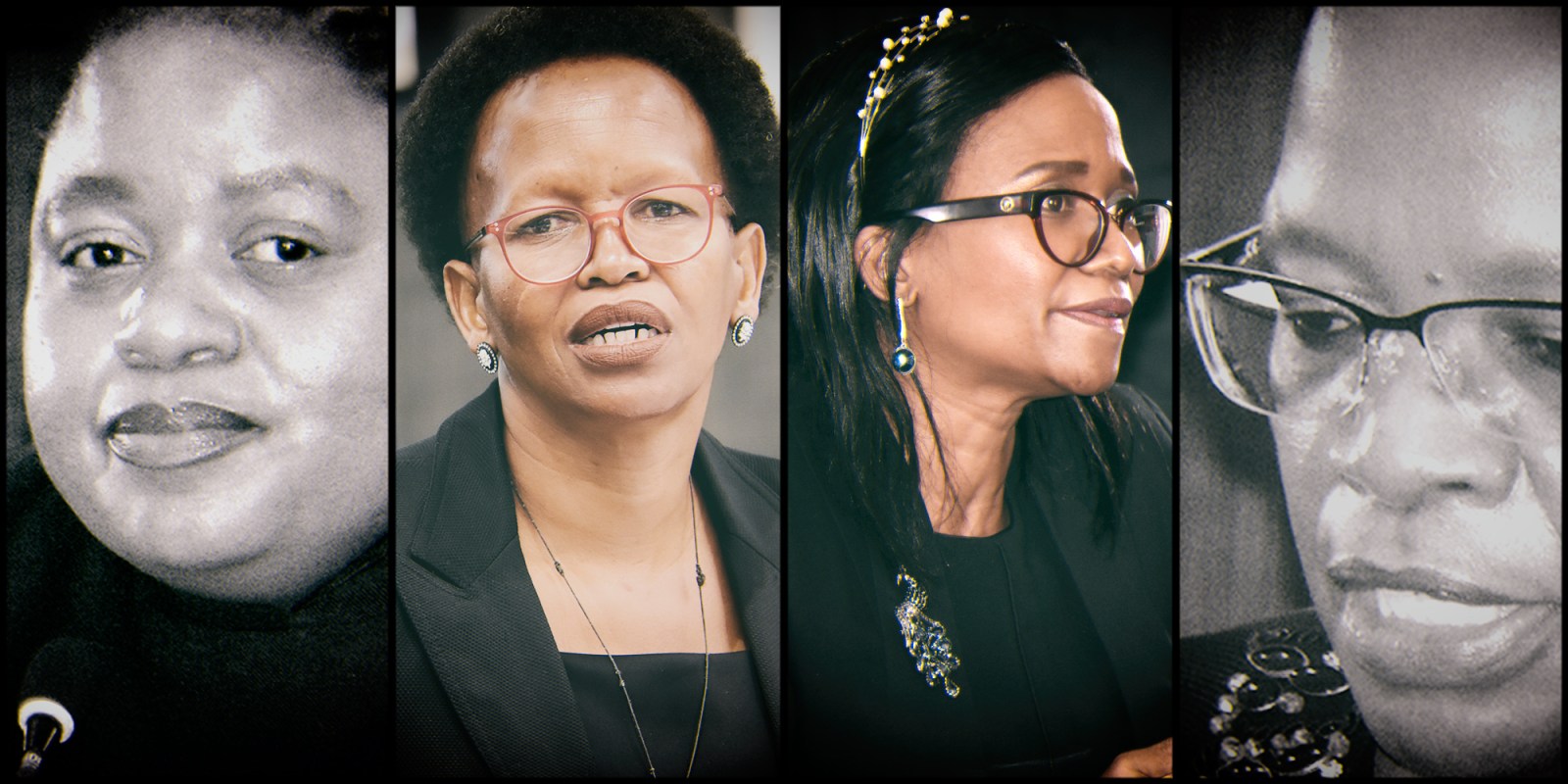 Women in the legal profession are still on the back foot in comparison with their male colleagues. Sexism and lack of gender transformation were all too apparent during interviews with top candidates before the Judicial Service Commission over the past two weeks. Looking at the recommendations thus far — including four women to fill roles as deputy judges president in four high court divisions — the JSC panel appears to be taking notice.

By all indications, being a woman lawyer sucks, and this has been confirmed during interviews with top legal candidates before the Judicial Service Commission (JSC) over the past two weeks.

While there are high numbers of women law school graduates, when it comes to moving up the legal ladder, women lawyers have a tough time getting work. They are often lumped into family law, dealing with disputes over custody and divorce matters, while their male counterparts find themselves arguing big cases that will ultimately provide them with the body of work that would make it easier for them to one day ascend to the bench.

Therefore, the JSC’s decision to recommend four women candidates to fill leadership roles as deputy judges president in four high court divisions is no small boon for women in the legal profession.

In a fortnight of interviews, the JSC has interviewed for five deputy judge president posts, one of which went to judge Roland Sutherland for the Gauteng division. The remaining four went to women judges.

Section 174 (2) of the Constitution requires that the judiciary “reflect broadly the racial and gender composition of South Africa”. Despite this requirement, the judiciary’s record on gender parity, particularly as it relates to leadership positions, has struggled with ensuring women make it to the bench, as well as transforming the leadership of the bench.

“It is definitely unprecedented. There are about 19 spots in the leadership of the judiciary (heads of court and their deputies), but only four were occupied by women. So it’s quite significant that so many women were appointed to judicial leadership in one go,” researcher at Judges Matter, Mbekezeli Benjamin, says.

Part of the problem is briefing patterns. Throughout the two weeks of interviews, the panel has heard about the covert and sometimes overt sexism that women lawyers and judges have faced while in legal practice. This has placed them on the back foot in comparison to male colleagues who tend to have more varied practices.

Many of those who interviewed at the commission did not mince words over the origins of the problem, calling for the JSC, the justice department and judicial leadership to walk the talk on gender transformation.

“We see women graduating in numbers… we get to admit them in numbers but we never get to see them in court, and we need to ask ourselves a question of where they are. One of the problems is that society does not trust women. Society needs to know that women can be lawyers and not just drafters.

She joined two other women – judges Wendy Hughes and Zeenat Carelse – on the shortlist. The latest appointments have boosted the SCA’s gender representation from 32% women to 44%.

The candidates who interviewed for DJP posts told a similar story of skewed briefing patterns, even when it came to obtaining work from government.

“As far as the attorney’s practice is concerned, it was a real challenge. I’m sorry to mention this… I was even failed by the government itself. Because in instances where the government put you on panels, you find you are turned into an office of quotations where you specialise in giving quotations and every time you’re told you didn’t make it. You are not given a reason why.

“When I called for reasons… because it takes even financial resources to make sure that you have the staff compliment to ensure that you prepare those quotations… Where I got work, they didn’t pay. I’ve been appointed a judge since 2013, but I’m still owed by some departments,” judge Mphahlele told the commission.

Mphahlele pointed out that many women practitioners left behind are faced with the same problems.

Mphahlele has experience as an insolvency practitioner, an area of law that has historically been white-dominated. She told the commission that a policy instituted by the department of justice, to ensure that each liquidation panel has at least one previously disadvantaged liquidator, had helped.

Two of the five judges recommended for appointment to the Constitutional Court were women – Fayeeza Kathree-Setiloane and Mahube Molemela. President Cyril Ramaphosa will select two candidates from this list.

However, in 2018 a majority judgment of the Constitutional Court struck down this transformation policy on the basis that it lacked rationality and because the policy “is not reasonably capable of achieving equality” due to its implementation method. The department is yet to replace it.

“I don’t think as judicial officers we can be of assistance (in the appointment of liquidators and trustees) because the appointments are done by the Master of the High Court. The court doesn’t interfere in that respect. There is a process that they follow. They look at the nomination of the creditors, because the interest is more about the interest of the body of creditors. So, they look at who the creditors prefer. And to be honest, commissioner, the creditors are big corporates, and big corporates still prefer their own.”

Mphaphele was the judge in the now infamous “coffin assault case” in which Willem Oosthuizen and Theo Jackson were found guilty for the 2016 attempted murder, assault and kidnapping of Victor Mlotshwa.

“What we in fact saw feature quite prominently in this round of interviews is how badly the JSC had neglected the issue of gender representivity in the leadership corps of the judiciary, and how that filtered through in the experience of women judges on the bench,” Benjamin said after witnessing the interviews.

“Over the last few days, we heard of the monumental difference Justice Mandisa Maya had made at the SCA in the last few years, and how that attracted more women to that court.

“We also heard how women (particularly black women) felt bullied and undermined in their time on the bench. I think the horror of some of those stories moved the JSC towards a sensitivity to the plight of women, although there is still a strong undercurrent of the male-dominated JSC to essentialise women and their role on the bench and in the legal profession.

“To the credit of many of the women appointed, they had all established excellent track records of leadership in the areas where they worked,” he said.

Judge Mbhele, who was appointed as DJP in Free State, was asked about being a relatively young judge at the age of 47 with five years of experience on the bench. She told the commission that she has a wealth of leadership experience, having worked as the regional executive for Legal Aid South Africa in various provinces where she managed between 298 and 402 people.

The role of deputy judges president is key in the management of courts as they are often tasked with allocating judges to cases, aiding with case-flow management of major cases and, in some rural areas, also involved with managing circuit courts.

There are currently only three judges president – Mandisa Maya at the Supreme Court of Appeal, Monica Leeuw in North West and Shehnaz Meer at the Land Claims Court.

In addition to these four leadership positions, the JSC has also interviewed for vacancies at the Concourt, the Supreme Court of Appeal and various high court positions. By Thursday afternoon, the commission had recommended 15 women to fill various vacancies among the 32 posts.

Two of the five judges recommended for appointment to the Constitutional Court were women – Fayeeza Kathree-Setiloane and Mahube Molemela. President Cyril Ramaphosa will select two candidates from this list.

With regard to the other courts, the JSC will submit a list of recommended candidates to Ramaphosa for appointment.

Dianne Hawker is a legal journalist and News Editor at Newzroom Afrika.