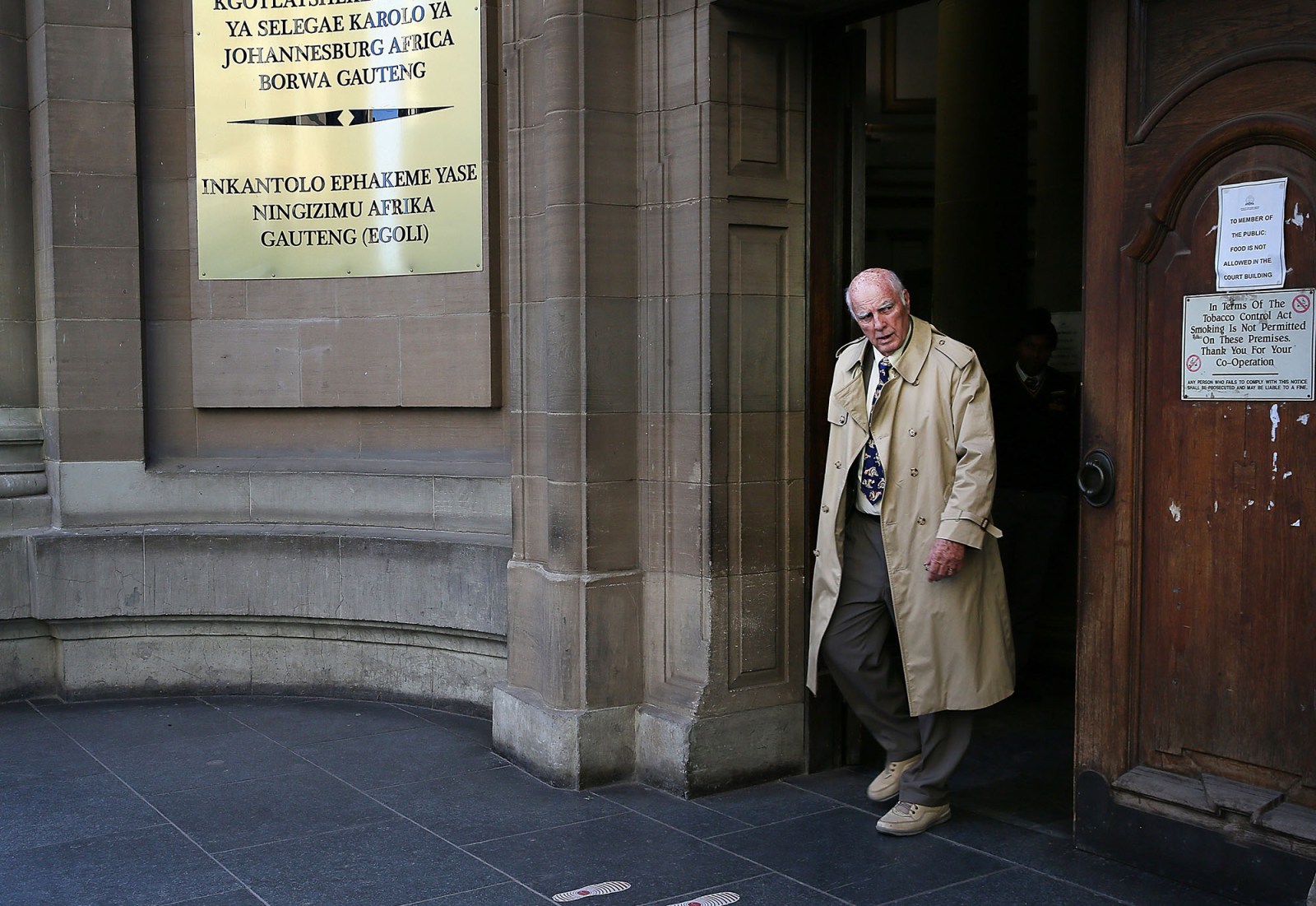 Bob Hewitt leaves the Johannesburg High Court in June 2016. The former tennis star was found guilty on two counts of rape and one of sexual assault, and sentenced to six years in prison. (Photo by Gallo Images / The Times / Alon Skuy)

Sports coaches working with youngsters can sometimes use their positions to prey upon the very people they are supposed to help nurture and protect. Usually with little to no consequence.

Due to its physical nature, sport allows for contact between individuals that would sometimes be gawked at in wider society. This means that sports coaches working with children could sexually prey on these budding athletes.

And sometimes they do, with long-lasting effects for the victims and no punishment for the perpetrators.

Now, Women and Men Against Child Abuse (WMACA), a non-profit advocacy organisation which seeks to challenge inadequacies in the justice system and raise awareness of the many and complicated issues around child abuse, has taken an active stand against this.

During a launch in Sandton on Thursday the organisation unveiled the latest branch in its large social justice tree. The new division, known as WMACA Athletes Against Child Abuse, will seek to help children who are sexually abused by coaches.

And it will seek to stop it happening altogether.

“We have identified, through the many years and increasingly lately, that there’s a very big problem within the sporting arena‚ both current and historical cases of sexual abuse. And it makes complete sense that we move in the direction of specialised initiatives‚ the very first being child abuse within sport,” said Miranda Jordan‚ founder of WMACA.

The wing will be headed by Olivia Jasriel, a victim of sexual abuse at the hands of convicted child rapist and former Davis Cup champion Bob Hewitt.

Hewitt was convicted in March 2015 of raping two teenage tennis pupils and sexually assaulting a third between the 1980s and 1990s.

The ability to keep the secret when you’re gaining bursaries or access to potential national squads, etc, is just so high. And we never want children to have to trade off their wellbeing and their safety for places in elite sports teams.

Jasriel spoke of the uphill battle that children who are victims face as they are casually dismissed in favour of protecting or choosing to believe their abusers.

“Sweeping it under the carpet is not okay; turning a blind eye is not okay. We want every coach, parent and teacher to know that we are watching them. I only wanted to play tennis,” said the 51-year-old.

The case of Collan Rex, the former water polo coach at Parktown Boys’ High School, demonstrates how much damage a coach can do simply because he wields greater social currency than his victims.

Rex was found guilty of 144 charges of sexual assault and 14 of assault, and sentenced to 23 years in prison in 2018.

“The problem with elite sport in particular is that there’s a sense of access to privilege and power… which allows coaches, who are almost godlike in the lives of these children and parents, to get away with things that ordinarily would not be got away with by any other profession,” said Lamprecht.

He added: “The main reason we’re coming together as a group of sports people and child protectors is to say sport has additional risks associated with it for the abuse of children. There are career offenders who choose jobs that give them access to children and in addition they use the position of power and privilege to maintain secrecy.

“The ability to keep the secret when you’re gaining bursaries or access to potential national squads, etc, is just so high. And we never want children to have to trade off their wellbeing and their safety for places in elite sports teams.”

Of course, these types of stories are not unique to South Africa. In 2018, serial Olympic gold medallist and gymnastics legend Simone Biles emerged as one of the many sexual abuse victims of USA Gymnastics team doctor Larry Nassar.

Last month an inquiry into widespread sexual abuse in English football from 1970 to 2005 found that those in positions of power had not done enough to protect young footballers from paedophile coaches.

English FA chief executive Mark Bullingham issued a televised apology to the survivors who were let down by the lack of decisive action from authorities:

“No child should ever have experienced the abuse you did. What you went through was horrific and it is deeply upsetting that more was not done by the game at the time, to give you the protection you deserved.

“There are consistent features in this review. Of bystanders who didn’t do anything. Of children that weren’t believed. Of the damage that has been caused.”

By working hand in hand with parents and schools, this new addition to WMACA aims to ensure that such crimes significantly decrease, and that swift and decisive action is taken when they are perpetrated. DM