Industry gets its claws out to protect sugar market share in sub-Saharan Africa, multicountry study shows 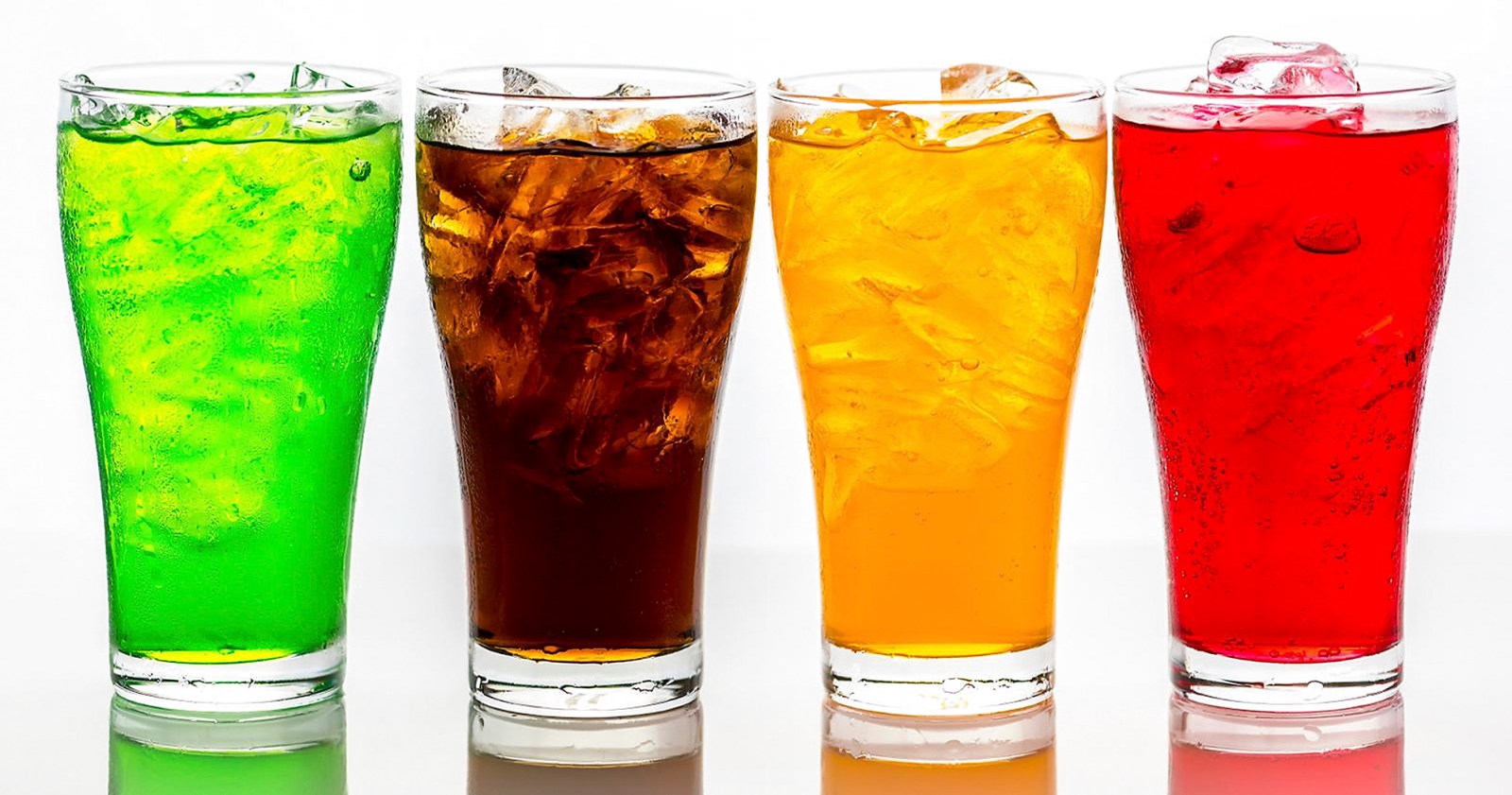 South Africa introduced its Health Promotion Levy in 2016, to limited effect due to powerful lobbying by food and beverage multinationals. Their endeavours in neighbouring countries are also showing to be impeding sugar-sweetened beverages tax implementation, a webinar on combating non-communicable diseases in east and southern Africa has heard.

While under- and malnutrition remain concerns in Africa, its people are also growing increasingly corpulent and burdened by nutrition-related non-communicable diseases (NCDs). Much of that is driven by the discretionary consumption of sugar-sweetened beverages (SSBs), which contribute significantly to sugar intake without adding any nutritional value.

SSB consumption is strongly associated with weight gain, increased risk of obesity and Type 2 diabetes, as well as tooth decay.

Within nine years, diet-related NCDs are estimated to overtake HIV and tuberculosis in sub-Saharan Africa. It’s an epidemic that requires urgent interventions as these diseases take a heavy toll on the region’s health and economy.

Low- and middle-income countries in sub-Saharan Africa are currently experiencing a nutrition transition, in which Western-style food systems – marked by ultra-processed and unhealthy foods high in fat, sugar and salt – are replacing traditional, unrefined foods. These “Western” foods are aggressively marketed in the developing world as multinational food companies target poorer nations as their “growth” areas.

With obesity, cardiovascular, diabetes and other NCD rates rapidly increasing in the developing world, the poor are particularly vulnerable to the double burden of infectious and chronic disease. In Africa, the second-most populous continent on Earth, where three-fifths of the population are under the age of 25, NCDs have a crippling effect.

NCDs cause significant disability and can be costly to treat: In South Africa, diabetes alone cost R2,7-billion to treat in 2018. These diseases are not only preventable, but their impact could be diminished if governments took firm policy action to reduce the availability of harmful products such as unhealthy food and tobacco.

The sugar and tobacco industries might appear poles apart, but Hofman noted that they are using the same playbook.

With healthcare budgets already stretched before Covid-19 and economies heavily dependent on foreign investment and aid, policy instruments such as taxes on sugar-sweetened beverages have gained traction among both the public and governments in Africa. There is considerable international evidence that SSB taxes work and have a positive impact on health – the challenge though is implementation because if the taxes are below recommendations by both the World Health Organization and the World Bank of 20%, they are deemed to have limited, if any, impact on consumption.

South Africa introduced its Health Promotion Levy in 2016, to limited effect due to the powerful lobbying efforts of multinational food and beverage companies, whose endeavours in neighbouring countries were stymieing SSB tax implementation, a webinar on combating NCDs in east and southern Africa has heard. The research, which was published on Tuesday, 20 April by the Global Health Action, was launched in 2017 by Wits University’s SAMRC Centre for Health Economics and Decision Science, also known as Priceless, as an ambitious multicountry study to assess readiness to adopt a sugary beverage tax for the prevention of NCDs in sub-Saharan Africa. The study took place in Botswana, Kenya, Namibia, Rwanda, Tanzania, Uganda and Zambia and involved more than 12 researchers from nine countries. The research is aimed at providing a foundation for supporting action on NCD prevention in the region.

In her opening remarks to the virtual launch of the research, Professor Karen Hofman, the director of Priceless, said obesity and its related diseases were escalating “like a tidal wave” across Africa, fuelled by the colonisers in the guise of the processed food and beverage industry, and their associates in the advertising and marketing industries, who see our continent as a final growth market and who, for many decades, have ensured that even our children are brainwashed to buy the products.

“Coca-Cola announced today that it will list on the JSE, to better build on growth trajectory in Africa,” she noted.

Describing ultra-processed food and beverages much like mosquitoes – as “vectors of disease” – she said unhealthy products are readily available at supermarkets, marketed relentlessly, and transmitting “diabetes, cancer, and high blood pressure”.

Covid-19 has highlighted the importance of NCD prevention, she said, as over the past year most hospital admissions and deaths due to Covid were linked to an obesity condition: “Covid is not as lethal otherwise.”

The sugar and tobacco industries might appear poles apart, but Hofman noted that they are using the same playbook. “We know about big tobacco. This is happening again with the food industry.”

The individual country studies presented in the Global Health Action Special Issue investigated some forms of excise taxes on beverages: Kenya, Tanzania, Rwanda and Uganda already tax cooldrinks but unlike South Africa, they do not specifically target the sugar content for health promotion; the levies are minor excise taxes to boost the fiscus. Botswana and Namibia have not yet introduced SSB taxes but indicated a willingness to adopt them in the future.

In Zambia, participants highlighted public perceptions that nutrition-related NCDs are viewed as diseases of the wealthy and that SSB consumption is a health hazard for the elite, educated and middle class. In Kenya, it was said that SSBs cannot be “criminalised”, as was the case with tobacco, by imposing a tax since SSBs were regarded as “food”. This argument echoes those proffered by the Consumer Goods Association during the South African parliamentary process before the health promotion levy’s adoption in 2016. It told the public hearings that a lack of physical activity, and not sugar consumption, was to blame for obesity: “The hungry and starving in our communities are many and they need affordable energy to be able to live, survive and grow. Sugar provides such a source of affordable energy.”

Dr Sam Oti, senior programme specialist with the Global Health Program Division of Canada’s International Development Research Centre, said levels of awareness in Kenya are extremely low. “NCD programmes remain grossly underfunded. The policy space is significantly underdeveloped.” Much of the talk about SSB taxes has been rhetoric, as governments have failed to put money where their mouths are.

The study in Rwanda highlighted that access to healthy alternative beverages is important because only 57% of the population have access to safe drinking water. Major health-sector reforms over the past two decades have resulted in better health outcomes but employment and investment agendas favouring the sugar industry are not aligning with health efforts.

In Uganda, tensions between health and economic policies were highlighted as the health ministry promoted taxation on sugar to generate revenue (and not specifically to reduce SSB consumption) but the finance ministry worked to ensure that the country’s sugar industry remained competitive.

In Rwanda, major health-sector reforms resulted in improved health outcomes over the past two decades. However, current employment and investment agendas to bolster the sugar industry do not align with public health efforts to address unhealthy diets and obesity.

Namibia is yet to introduce SSB taxation, although the prevalence of NCDs is high and the market is flooded with unhealthy foods high in sugar and salt, but with strong trade ties between the countries, researchers recommended launching a regional advocacy case for such taxation.

For low- and middle-income countries, SSB taxation has the potential to turn the tide against NCDs but they face significant challenges. As Professor Boyd Swinburn, an endocrinologist affiliated with the School of Population Health at the University of Auckland, noted: “Obesogenic environments are increasing across the world. Sub-Saharan Africa is struggling with undernutrition. Running up behind countries has been a surge in NCDs and obesity, which takes over and becomes the dominant disease. Obesity and diabetes are very difficult to treat the world over.”

The “sleeping giant” that will shift governments is collective demand from the public and society as a whole. DM/MC