Western Cape’s Alan Winde: Far too many people are behaving as if the pandemic is over 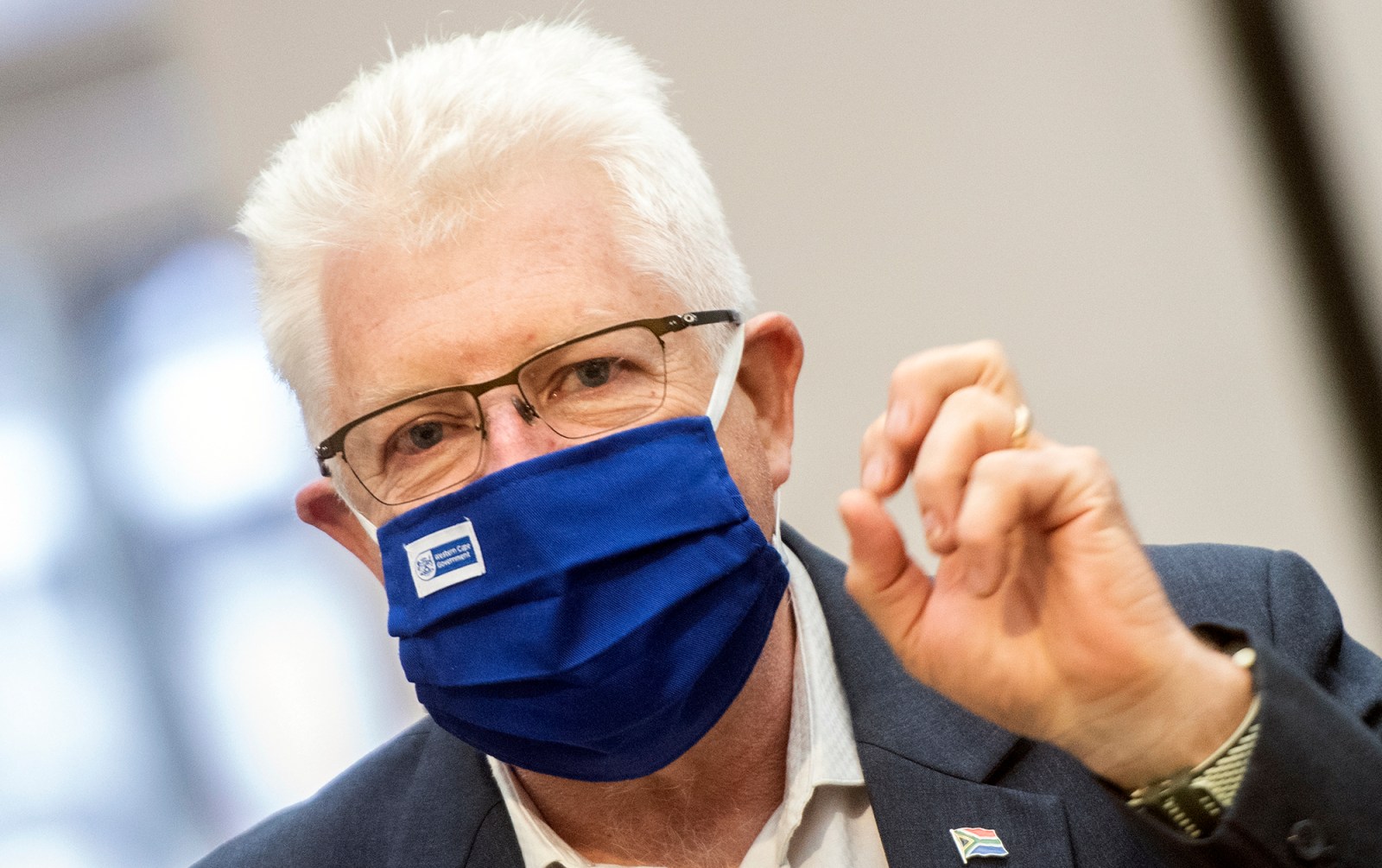 As the Western Cape gets ready to roll out vaccines in the country’s second phase, the province’s officials have warned residents to not let down their guard about the potential spread of Covid-19.

“We cannot be relaxing,” said Western Cape Health MEC Dr Nomafrench Mbombo during a virtual media briefing on Thursday, which was held with Premier Alan Winde and Health Department head Dr Keith Cloete to provide a health update and to discuss the second phase of the vaccine roll-out.

Regarding a third wave of infections, the MEC said the province was not out of the woods yet, particularly given the case increases in countries such as India.

She urged people to continue non-pharmaceutical interventions such as mask wearing and handwashing.

This call was echoed by Winde, who said a third wave will happen – “it’s a given”. He urged citizens to push out a third wave for as long as possible, but admitted he was concerned that “far too many people are behaving as if this thing is over”.

Cloete confirmed third-wave modelling has been done by the South African Covid-19 Modelling Consortium and its findings would be made publicly available “shortly”. A key message from him would be to have strong behavioural change that could delay a third wave, so that it would be “flatter and longer”.

Mbombo said that “until we are all vaccinated, we are not safe”, adding that she was comfortable to confirm that the Western Cape was ready for its second phase of vaccination.

This week, Health Minister Dr Zweli Mkhize said he was satisfied with the preparations for the second phase.

Cloete said this phase will run between 17 May and 30 June. People over 60 are urged to register for vaccination on the Electronic Vaccine Data System. By 20 April, 111,369 people had done so.

Asked whether people could delay having a vaccine, Cloete said: “Vaccination is not mandatory, it is a choice.” The department would provide balanced information for people to make informed decisions about whether to vaccinate. On whether old age home workers could be vaccinated, Cloete said teams would go to old age homes to assist with vaccination registration and implementation.